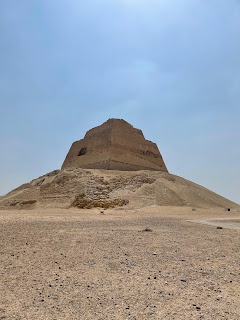 Attempting to grasp the sprawling 5,000 years of Egyptian history is daunting. Fortunately, our trip was organized by Archaeological Paths, which provided a truly interesting itinerary and the opportunity to tour some sites with famed archaeologist Zahi Hawass and current Head of Egyptian Antiquities Mostafa Waziri. Overall, the guides were extremely knowledgeable and we had several opportunities for side excursions, such as Meidum, above. 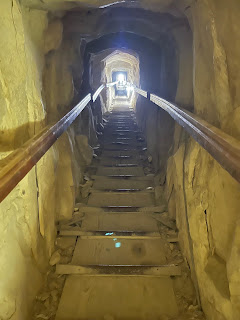 The staircase, such as it is, emits a true sense of history as you carefully descend, through a blanket of heat and humidity. This is a shot up the staircase from the bottom. 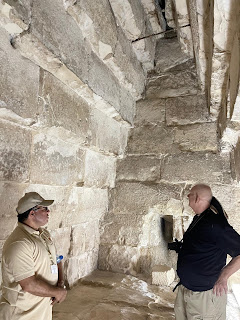 A series of three ladders brings you into the burial chamber. Note the angled walls, structured to prevent collapsing under the weight of the stones above. 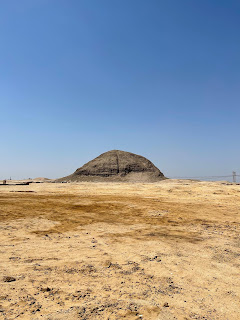 We also visited the Hawara Pyramid, one of the oldest sites in the country, constructed in the 19th Century B.C. This early effort at pyramid building involved thousands upon thousands of mud bricks, many of which have collapsed over time. Even Egypt's low rainfall of two inches per year is slowly eroding the structure. 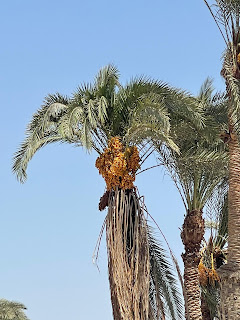 A date palm laden with fruit. Egypt has several varieties of dates. 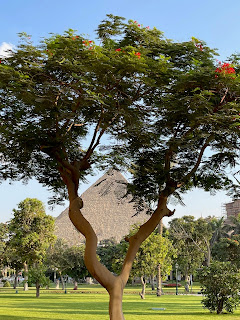 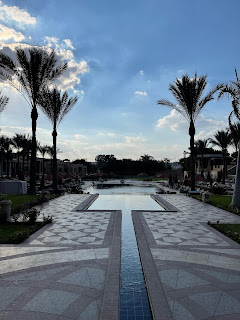 Swimming pool at the Mena 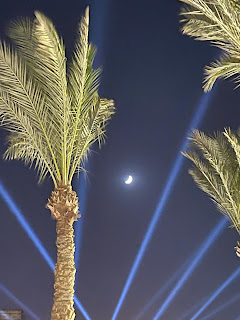 Posted by Top Times Travel at 6:56 AM