We paid our first visit to this delightful city last year and had such a good time that we returned a few weeks ago.  St. Augustine reminds us of a cross between New Orleans and Savannah. A spiderweb of cobblestone streets sprawls through the old section of town, connecting a network of shops, restaurants, bars, and B&B's all housed in structures that seem transplanted from another era. Founded in 1565, St. Augustine is the oldest continuously occupied settlement in the continental United States and exploring the historic streets is a blast. 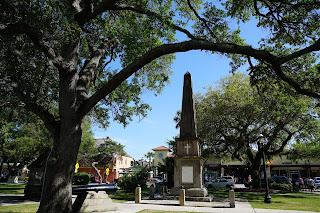 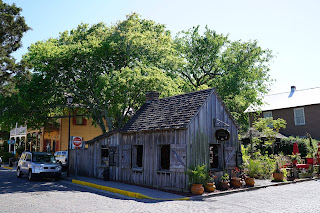 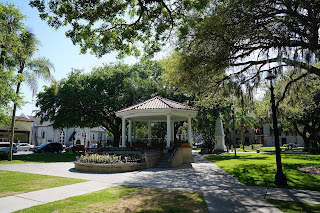 The  Casablanca Hotel was our base of operations this trip, and it is a very comfortable, well-run property with a handsome bar and creative cocktail menu.  We enjoyed dinner at the Ice Plant Bar, which is housed in a converted factory that was at one time--surprise!!- an ice plant. The restaurant is designed to incorporate the historic elements of the structure.  Adjacent to the restaurant is the small batch St. Augustine distillery, which crafts rum, gin, and vodka.  Our kind of place. We also dined at Collage and thought that the food and service were outstanding.

The historic section is quite compact and easily walked, with a pleasant stroll along the bay affording a panoramic view of the Castillo de San Marcos.  This is the oldest masonry fort in the continental United States; construction began in 1672. Interestingly, the city has changed hands many times during its history, and at various points has been governed by the French, the Spanish, the British, and the United States. 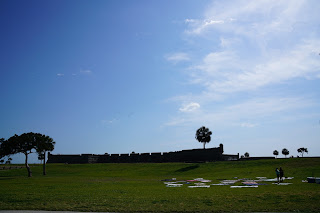 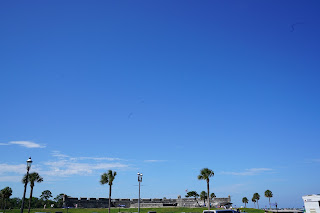 Noted Florida developer Henry Flagler turned the town into a winter resort in the 1880's.  The buildings of Flagler College are astoundingly rich in architectural detail. 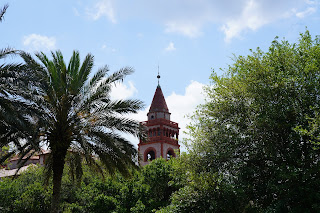 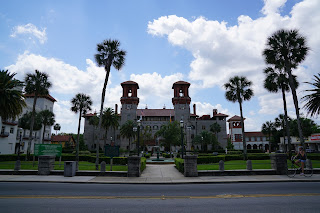 The Cathedral has a beautiful interior. 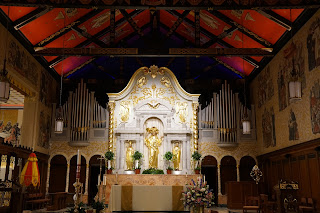 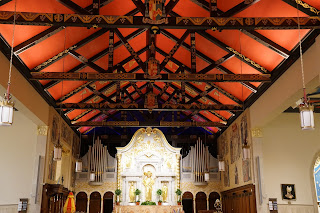 Perhaps even more striking are the details of the   Presbyterian Church, erected by a grief stricken Flagler in honor of a granddaughter, who died at the age of two. 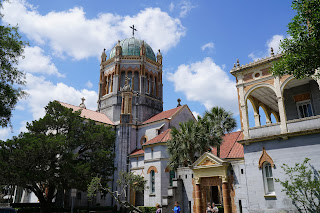 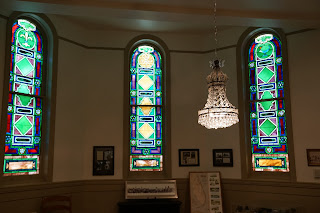 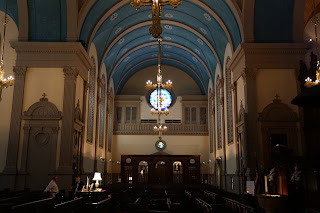 Posted by Top Times Travel at 10:49 AM No comments: