Adding a few days at The Greenbrier to one's travel agenda would not be a bad idea, not by a long shot.  We found the resort tranquil, restful, and of historical interest.  First hosting visitors in 1778, The Greenbrier became a favorite of early Presidents and is viewed as the first winter White House.  Its popularity soared when it became a favorite retreat of Dwight Eisenhower's, who loved golfing the scenic course that occupies a particularly beautiful stretch of the resorts 6500 acres. 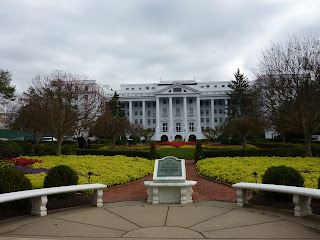 The front and gardens 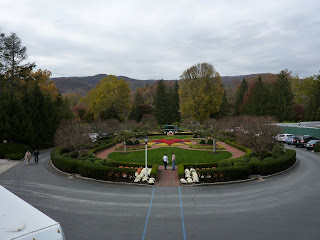 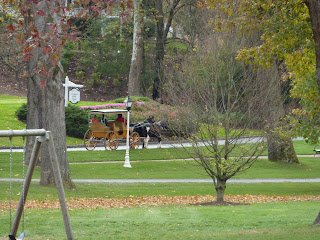 A slow carriage ride, accompanied by the clip-clop of the horses' hooves, is a special way to enjoy the incredible scenery, perched in the stunning glory of the Allegheny mountains. 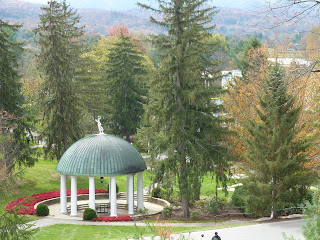 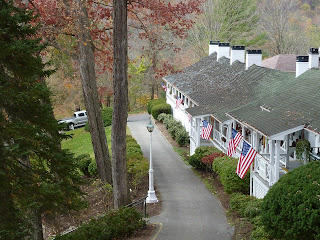 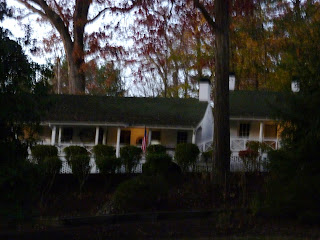 The cottages for those traveling with a pet. 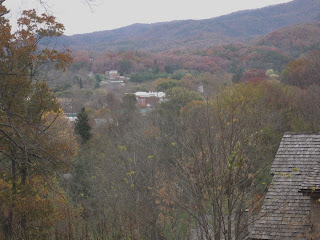 View of the valley 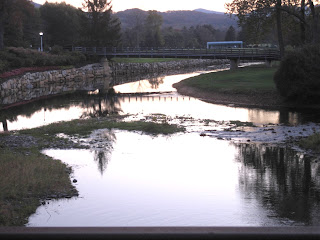 Meandering through the property in a horse drawn carriage at sunset, very romantic. 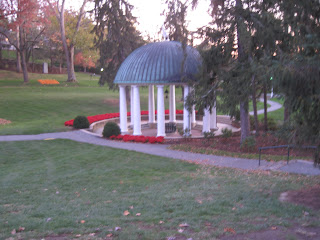 This is the original spring 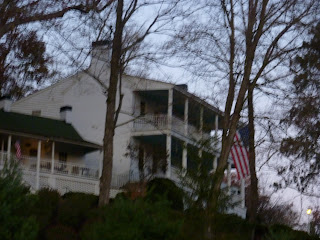 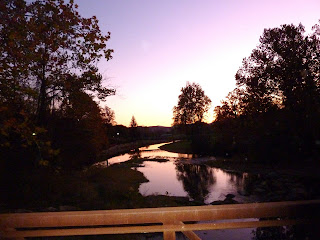 Romantic sunset.  All we needed was the champagne!
As cold war tensions heightened in the post WWII era, Eisenhower--then President--played a key role in the development of a top-secret bunker constructed beneath the Greenbrier.  While erecting a new wing for the resort, workers clandestinely labored to build a bunker large enough to serve as a relocation facility for members of Congress and their families in the event of a nuclear attack.  The bunker held meeting rooms, a medical facility, a dining hall, dormitories, and two large auditoriums which could function as Congressional chambers for the House and Senate.   A tour of the bunker, for which reservations must be made in advance, is well worth the ninety minutes it takes.  Our guide, a native of the area, noted that the locals all knew that something was up, despite the top secret nature of the project.  She explained that one of the shelter's mammoth steel blast doors had sat at the railroad yard for several days.  Everyone knew that the Greenbrier had little use for a twenty-ton steel door! 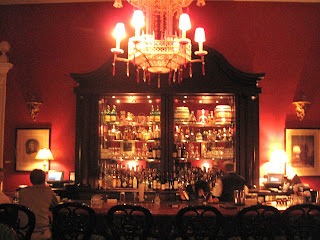 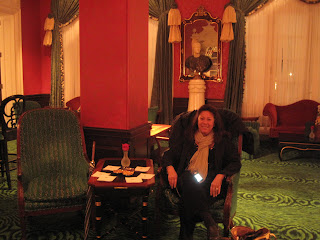 Cocktails in the bar 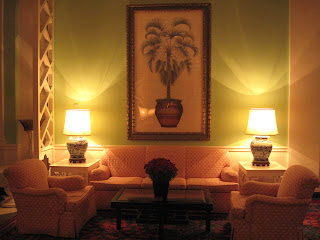 Seating area near the bar.  The hotel has been faithfully restored to the original designs by Dorthy Draper.
The resort eventually fell on hard times, but a successful West Virginia businessman acquired the facility and totally upgraded and remodeled it.  Today, there are several grand meeting rooms, cottages and modern hotel accommodations, top-notch restaurants, shops, and an upscale casino.  This was our first visit to the Greenbrier, but I suspect that it will not be the last! 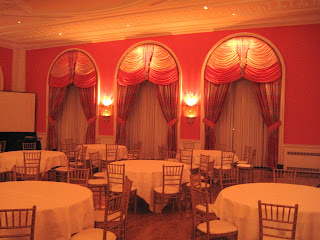 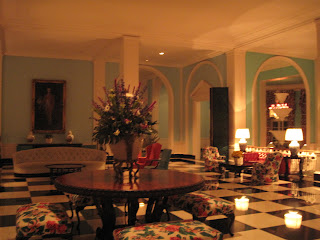