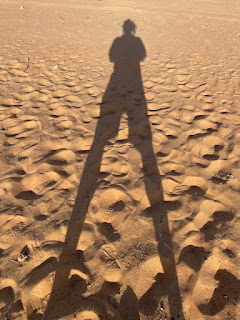 The drive to Abu Simbel and Aswan would through absolutely desolate country. What shimmers in the distance, in the photo below, is a mirage. 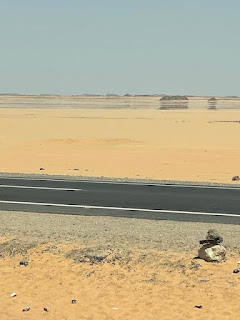 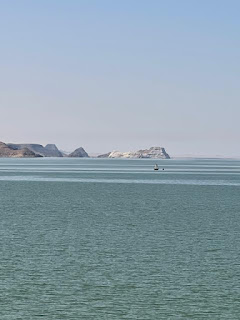 Lake Nassar, the largest man-made lake in the world 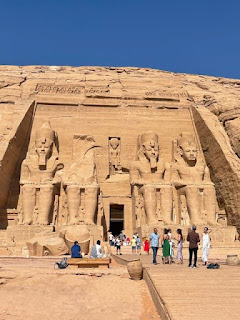 Abu Simbel, carved for Ramses II and his wife, Nefertari, in the 13th Century BC. When the Aswan dam was planned, the site of this complex would have been flooded and lost forever. In one of the most incredible engineering projects ever, Abu Simbel was disassembled into 1,700 pieces, most weighing tons, and moved to its current site. The mountain towering over the statues is entirely man-made. 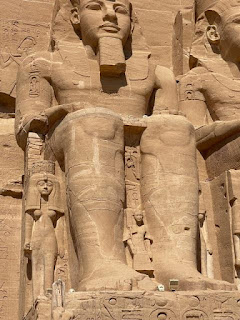 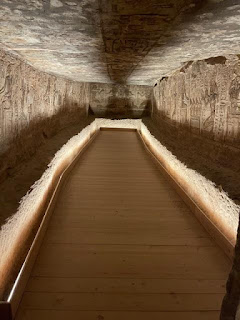 There are many beautiful chambers throughout the complex. 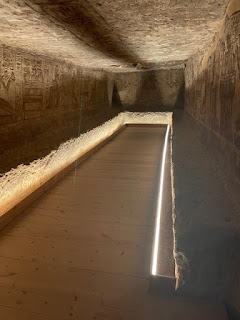 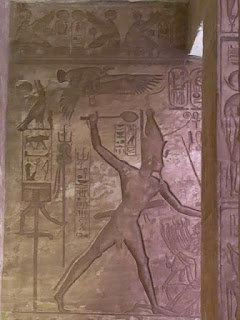 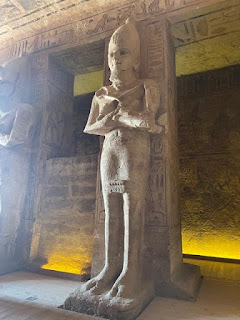 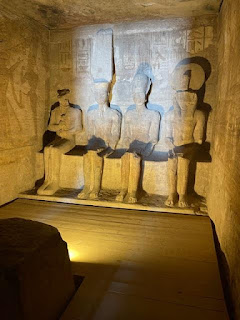 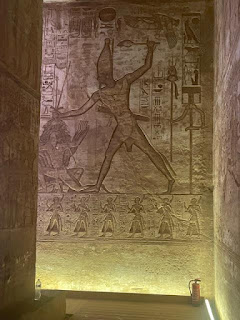 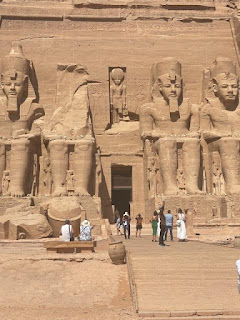 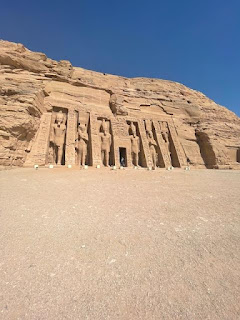 The entrance to Nefertari's temple 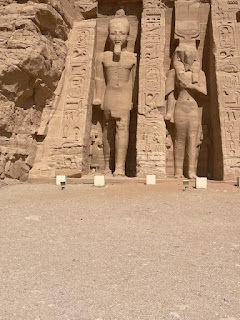 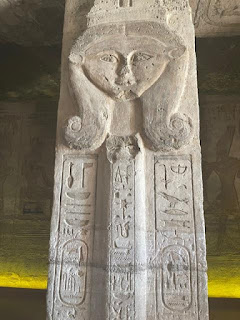 It is said that Egyptians invented the Doris Day hairstyle. 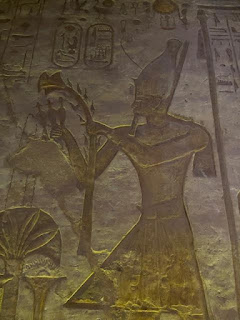 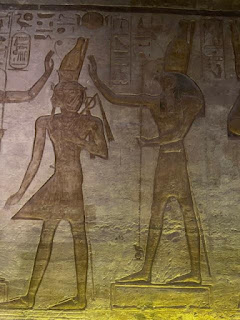 Below, a photo of the Aswan Dam 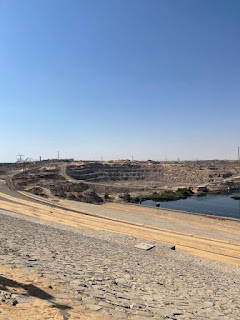