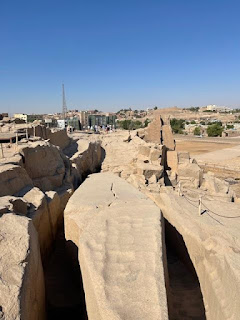 The unfinished obelisk was the tallest and heaviest ever attempted. 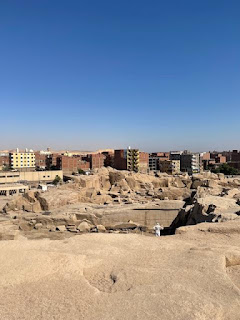 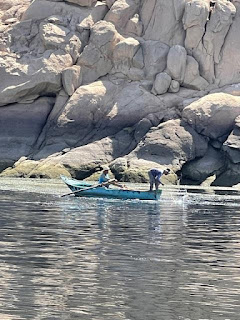 This body of water is known as "The Lake Between the Two Damns", as it is situated between the old damn on the Nile and the newer Aswan Dam. 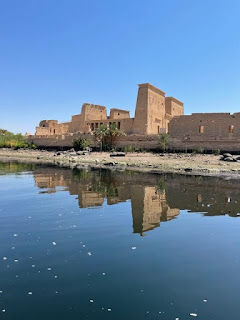 The Temple of Philae, dedicated to the Goddess Isis 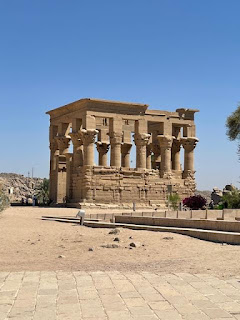 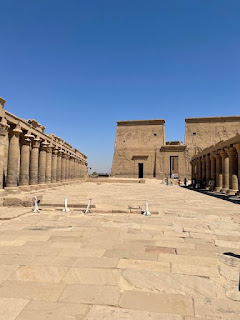 Persistent flooding was slowly destroying the temple. Accordingly, and remarkably, the entire complex was moved in the 1970's to its current location on an entirely different island. 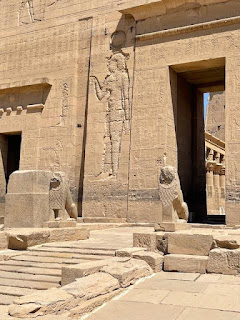 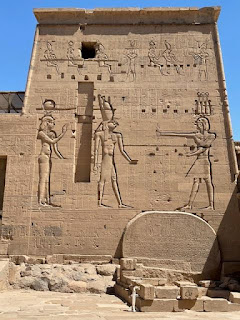 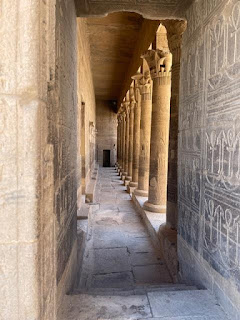 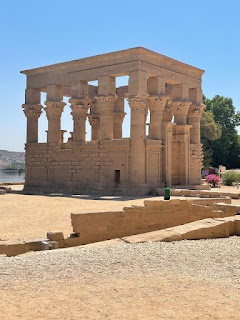 The best example in Egypt of a structure incorporating Egyptian, Grecian, and Roman styles of columns. 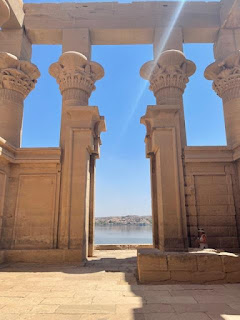 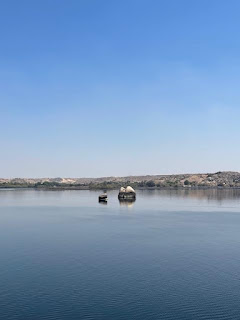 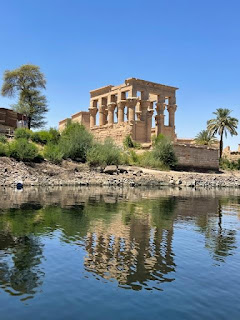 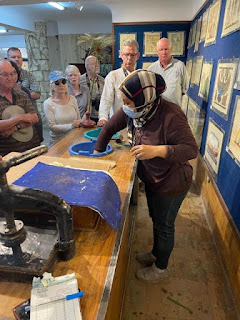 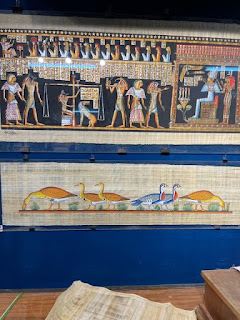 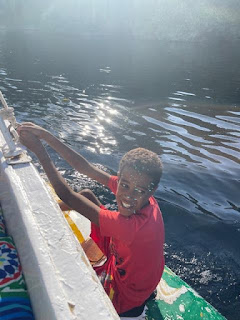 A young man who pulled alongside our boat and, in exchange for tips, sang. 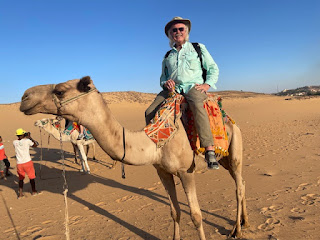 Don't believe the smile. I was lousy at riding a camel and hated every minute of it. 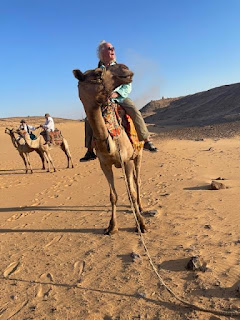 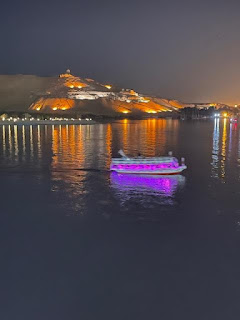