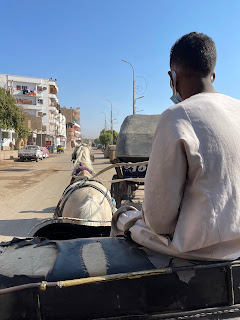 Our mode of transport to Edfu Temple, which is dedicated to Horus, the Falcon God. 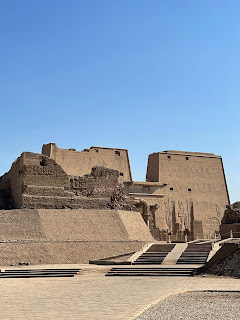 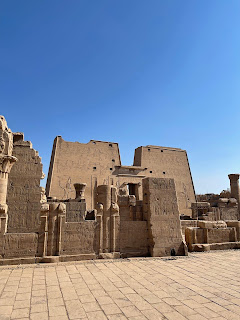 The temple is referred to as "Greco-Roman" because it was restored during periods when Egypt was occupied by the Greeks, and later the Roman. The wall is the tallest extant of any Egyptian antiquity, at more than 140 feet. 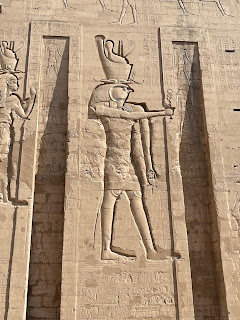 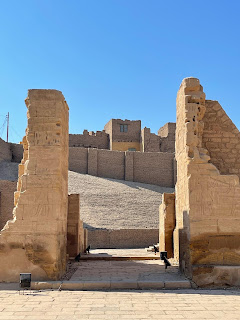 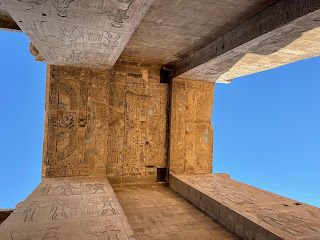 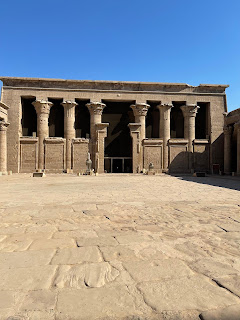 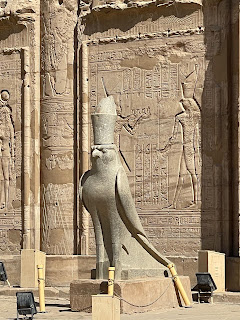 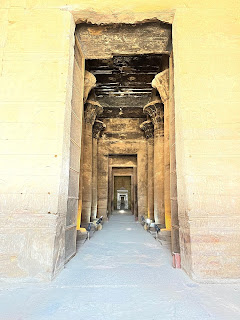 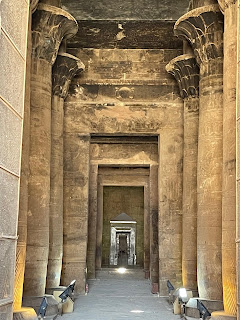 Early Christians would worship here, reasoning that their persecutors would never expect them to gather in an Egyptian Temple. The Christians would obliterate the images of what were, to them, pagan deities. 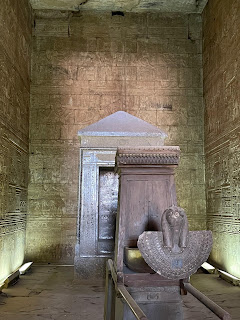 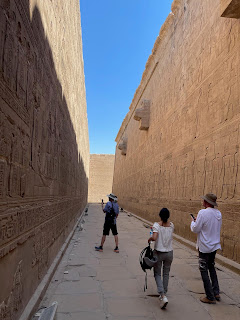 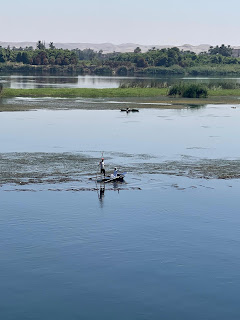 Another view of a Nile image from time immemorial.