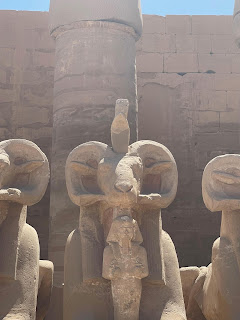 We flew from Cairo to Luxor, known in ancient times as Thebes, one of Egypt's capital cities. We were privileged to visit Karnak, which vies for Angkor Wat for the title of largest temple complex in the world. See entry of March 2, 2013. 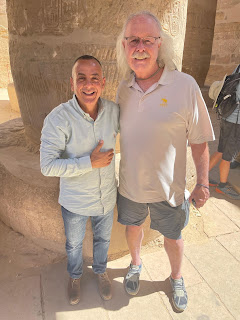 Our tour of the temple of Khonsu was conducted by Dr. Mostafa Waziri, Egypt's Head of Antiquities. 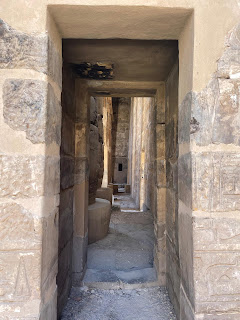 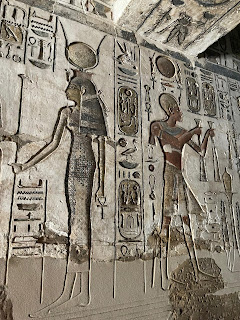 The colors inside the temple remain surprisingly vivid. 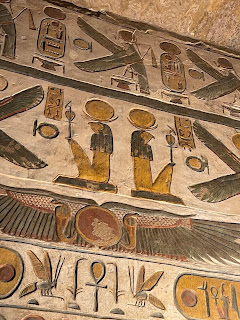 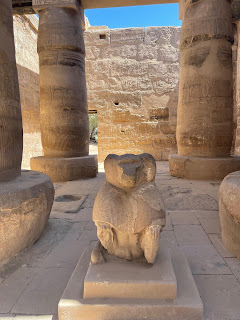 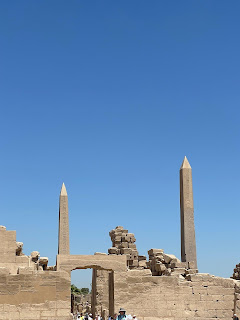 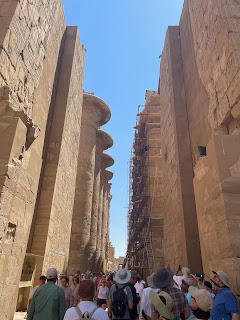 The detail on the walls and columns in the Great Hypostyle Hall is incredible. Napoleon supposedly had dinner atop one of the columns, and scenes from the James Bond film The Spy Who Loved Me, featuring the notorious villain Jaws, were filmed here. 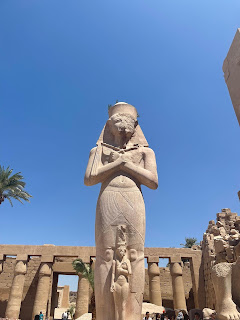 Colossus of Ramses II, outside of the Temple of Amun, King of the Gods 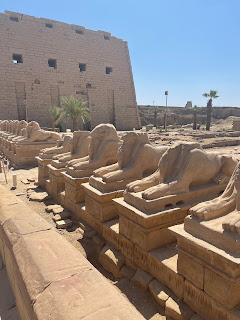 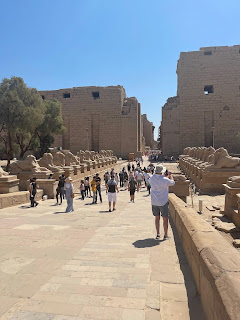 The Avenue of Sphinxes, leading to the Luxor Temple entrance 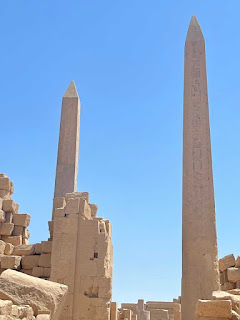 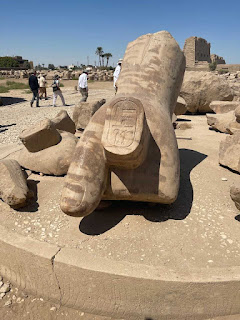 Hand of Ramses, identified by the seal

Posted by Top Times Travel at 9:57 AM