The ancient necropolis of Saqqara is often referred to as "the birthplace of architecture." 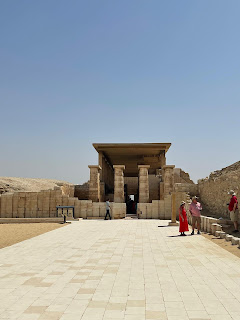 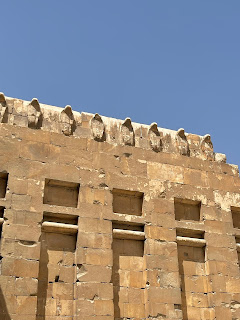 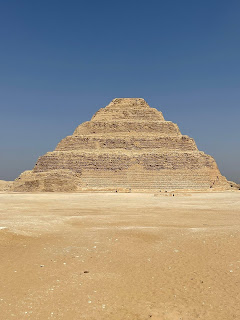 The step pyramid of Djoser is the oldest in Egypt, constructed more than 4,700 years ago 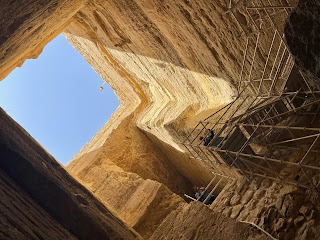 Although the Southern Tomb was discovered in 1928, we were the first tour group allowed to enter the site. This is a shot from 31 meters below ground as we prepared to explore the passageways. 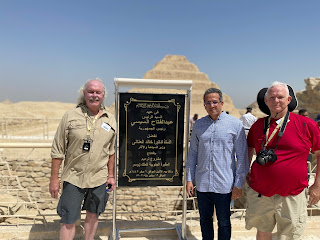 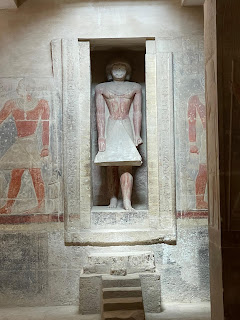 The tomb of Mereruka still retains patches of vibrant color all these centuries later. 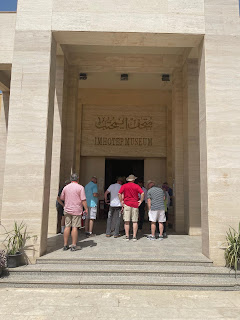 Imhotep Museum has some striking displays. Note the beautiful teal colored tiles in the background. Imhotep, who ruled 2,800 years BC, was a remarkable leader and was viewed as the Leonardo da Vinci of his day. 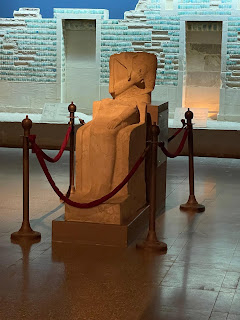 Posted by Top Times Travel at 7:13 AM