Cape Town and the Cape of Good Hope

Our afternoon tour through the City included The Company's Garden, which initially was a communal vegetable garden for the Dutch settler's. Today, it is a central park and garden that is very popular with tourists and locals alike. Adjacent to the gardens are several government buildings and museums. Following our visit downtown, we headed to the Victoria & Albert waterfront, a very upscale mall housing numerous restaurants and stores. It is one of the largest and cleanest malls we've ever seen and, as it is positioned on the bay with sweeping glass walls facing the ocean, one of the prettiest. 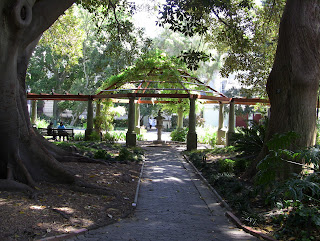 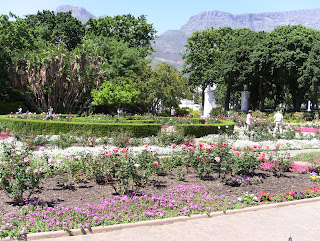 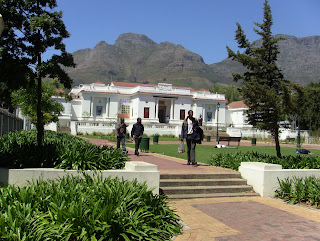 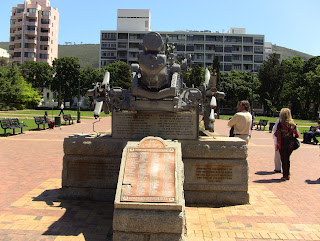 After a great dinner at the waterfront, including a taste of kingklip, a cod-like fish, we adjourned for dessert to the Ellerman House. By the way, I neglected to mention earlier that the Ellerman not only makes a great martini, but has a well-stocked bar, of dark wood and brass fixtures, that opens onto a balcony overlooking the crashing waves of the bay far below. 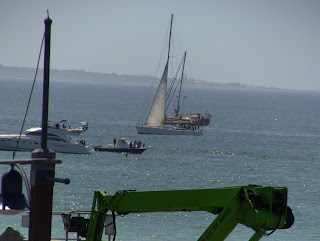 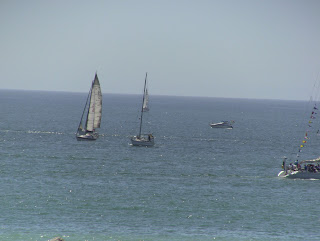 The next day, we toured the Cape of Good Hope, including a stop at Cape Point. The Cape Point lighthouse, reached after a funicular ride and a hike up stone steps, offers amazing views of the junction of the Indian and Atlantic oceans. On the day of our visit, the winds were incredible and the sea roiled as though the two oceans fought the idea of merging as one. The howling winds, the crashing waves, and the dramatic vistas made it quite a dramatic moment. 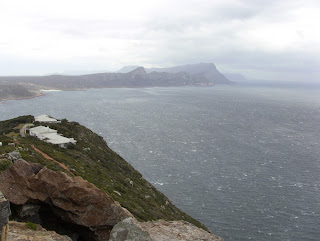 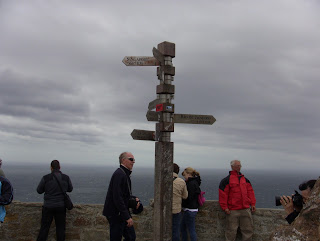 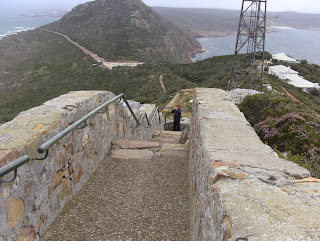 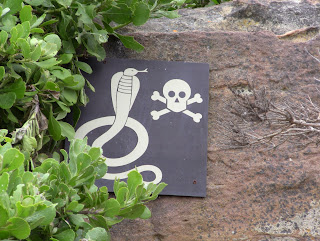 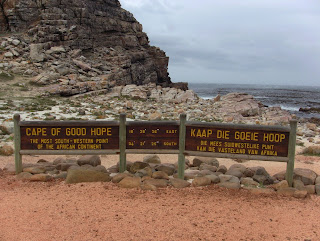 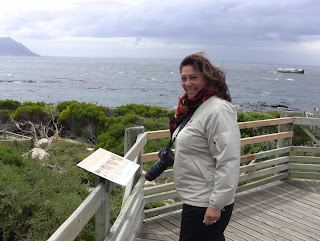 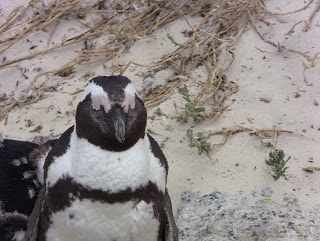 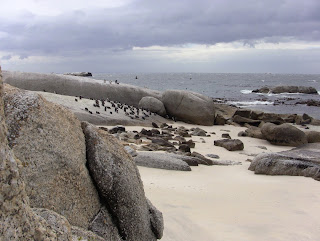 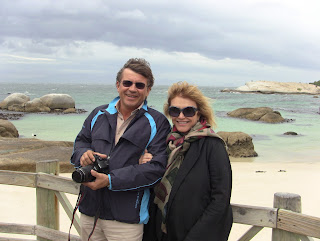 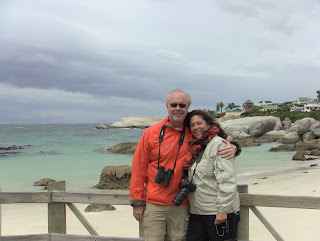 Interestingly, signs warned against foraging baboons and dangerous cobras. Fortunately, all we saw of the latter were the signs.

We lunched at a boutique hotel not far from Boulders Beach, where we enjoyed viewing a rare mainland colony of African penguins. There was something whimsically incongruous about watching penguins frolic in the sand. At lunch, Marc and I had loin of springbok, which was delicious, and I enjoyed a glass of pinotage, a varietal I'm not familiar with. I thought that it paired beautifully with the springbok and will write more about it when we tour the wine district.

We dined at the Lord Nelson Hotel, a venerable establishment built early in the century
Posted by Top Times Travel at 7:15 AM