Mark and I arranged for a final game drive in the morning before our departure for Cape Town.  Linda and Patti elected to rest--Patti tested the spa and loved it.  Our drive with Watch was relatively mundane until the last hour when, noticing vultures circling in the cloudless blue sky above, Watch guided the vehicle beneath them.  The sight was both fascinating and gruesome.   An elephant had died, by natural causes according to Watch.  Lions had found the carcass and fed, consuming most of the head and chunks of its midsection.  No question it was lions, as two females, bellies distended, kept guard not ten feet from the corpse.  As we watched, the male of the pride approached and reclined in the shade of a nearby tree, confident that the females could handle any interlopers. 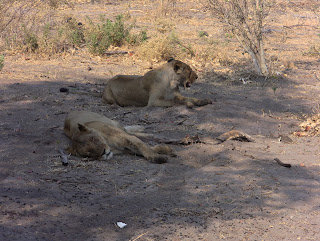 Watch explained that the lions would feed for 3-4 days before they moved on and the hyenas and vultures moved in.  Marc and I had seen nature channel shows with glimpses of kills or dead animals, but being so close to the stench and the flies and the blood was something that effected us at a far different level.   It was perhaps fitting that this was the last animal encounter we had before leaving for Maun and on to Cape Town.

After too many changes of flights and long delays at Botswanian airports, we arrived in Cape Town and the contrast with our morning game drive could not have been more stark.  The Ellerman House hotel, perched on a cliff overlooking the city,  is a treasure.  The staff made us feel immediately at home despite the fact that we didn't arrive until nearly 10:00 p.m., and the rooms are fantastic.  Both of our rooms have wrap-around balconies with stunning views of the ocean and the city below. 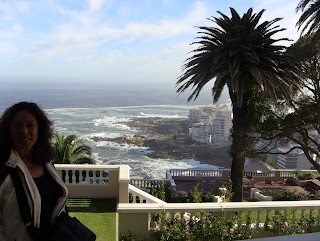 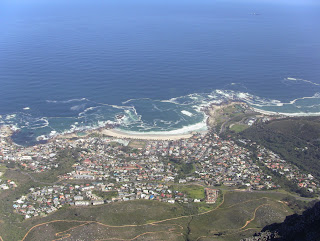 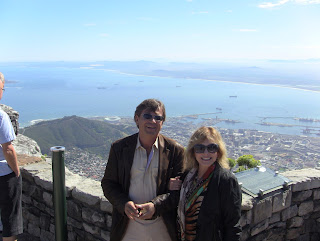 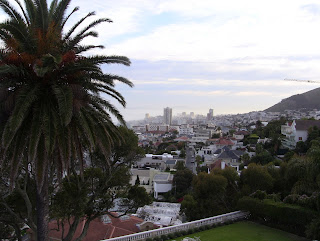 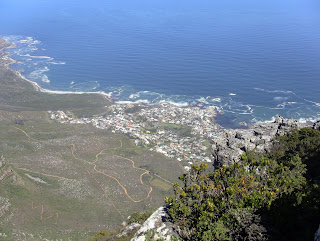 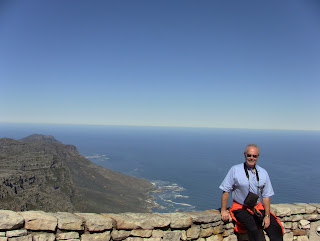 This morning, we met our guide after breakfast at the Hotel and proceeded to Table Mountain.  Cape Town is, essentially, a city surrounded on three sides by verdant and towering mountain peaks, and on the fourth side by the Atlantic.  A cable car is the favored mode of transport to reach the peak of Table Mountain, as the only alternative is to climb.  No thanks.  The cable car itself was interesting as the floor of the circular car revolves, affording everyone a view from every angle.  The peak is lined with a series of paths and extraordinary views over the city, the ocean, and the Cape of Good Hope beyond.

Our guide, Carol, took us downtown after the tour of Table Mountain and the City.  We were impressed, but I will need to write more later.  Too much needs to be said, and Marc awaits me poolside with a fine cigar...
Posted by Top Times Travel at 7:29 AM