Taipei, Taiwan--Rooted in History, Looking toward the Future

It was perhaps fitting that my tour of Taipei began at the National Palace Museum. Not only does the tour allow one to appreciate what is the finest collection of Chinese art in the world, but a visit highlights the unique history that links Taiwan and mainland China. The collection was amassed when Chiang Kai-shek and his followers fled the mainland at the end of the Chinese civil
war in 1949. With them went more than 800,000 art objects dating back thousands of years. The National Palace Museum was opened in 1965 and ownership of the vast collection remains a point of contention between Taiwan and the mainland. 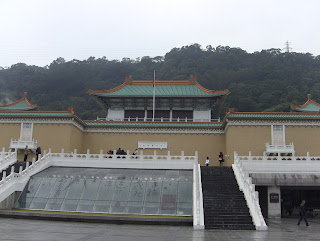 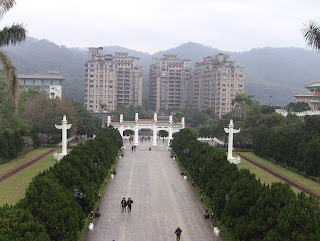 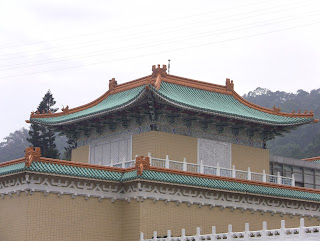 Photographs are, unfortunately, not allowed inside the museum. The collection is jaw-dropping, featuring a variety of paintings, ceramics, calligraphy, and jade carvings. The displays are arranged so that any particular style can be easily associated with the dynasty that ruled at the time. Traveler's tip: the Museum is consistently mobbed, so plan to arrive early--although that only means that the crowd will be marginally less insane.

Our next stop was Taipei 101, the fifth-tallest building in the world. The fastest elevator on the planet whisks you in seconds to the observation deck and the views are spectacular. We visited on a rainy day and I was concerned that the view would be obscured, but the mist began to rise and the outline of the city was revealed below. 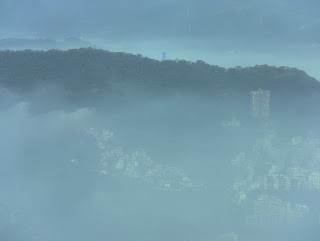 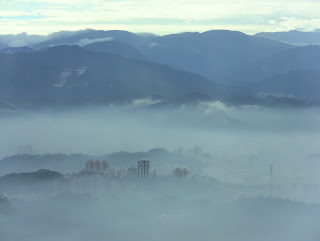 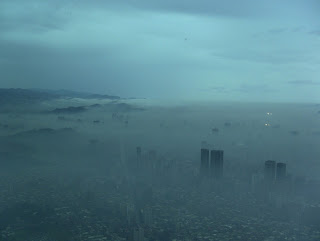 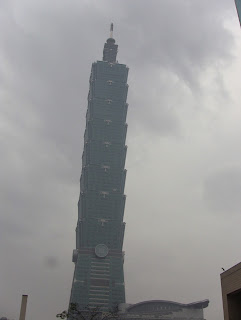 Take time to visit the sprawling food court in the basement and sample a variety of offerings. I found the chicken livers and hearts delectable, but duck tongue is not recommended--fairly insubstantial, with sharp, small bones and chewy connective tissue.

Chiang Kai-shek Memorial Park was a surprise for its sheer immensity.  Although not universally admired from an architectural standpoint, the scale of the monument highlights the reverence in which many Taiwanese hold the authoritarian leader. As my guide succinctly stated, without Chiang Kai-shek, there would be no Taiwan. 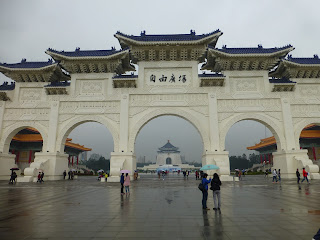 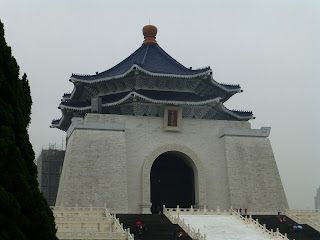 If Taipei 101 is a glimpse of the nation's future, Longsham Temple is a window into its past. Founded in 1738, the Buddhist temple is the oldest in Taiwan. Although dedicated to the deity of mercy, there are shrines to dozens of other gods and goddesses throughout the complex and any visit is a dizzying area of chants and prayers, of drums and the sweet smell of incense. 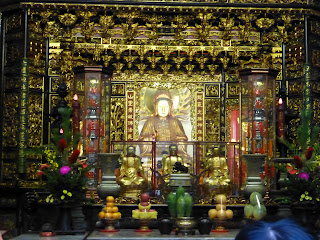 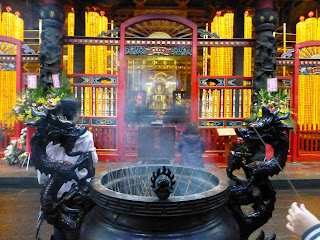 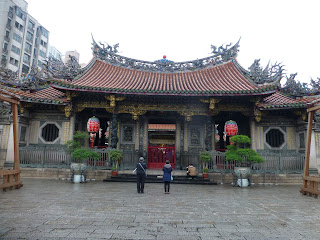 We ended the day with a tour of Dihua Street, known for its Chinese medicine shops and lively market. My visit occurred shortly before the Lunar New Year and many stands hawked special concoctions crafted to ensure health and prosperity during the coming year. I drank a potion of pork broth blended with a variety of mysterious ingredients. Would have tasted better with vodka. 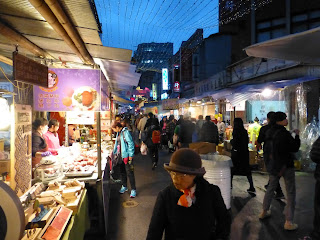 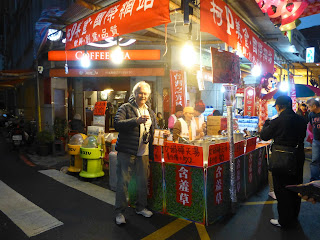