From a National Park to a Night Market


Yangmingshan National Park is a beautiful oasis, minutes from Taipei, which features rolling grass hills and plentiful hot springs. Legend has it that Quig soldiers, frustrated by bandits who would establish outlaw camps in the forest, burned the trees to the ground and created the park's notable grasslands. Unfortunately, it was raining heavily the day of our visit, so instead of a planned hike we visited Chungshan Hall, which was built in 1966 to commemorate the birth of Sun Yat-sen. Revered in both mainland China and Taiwan, Sun Yat-sen is viewed in Taiwan as the Father of the Republic. Chiang Kai-shek married his widow's sister. 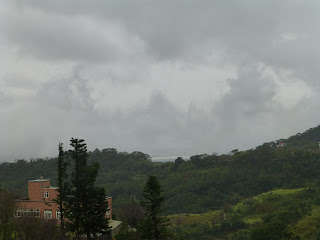 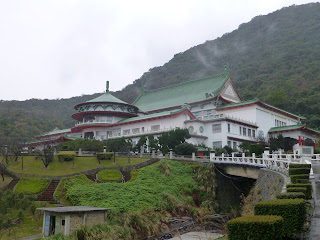 Twelve hundred soldiers toiled to erect Chungshan Hall in a span of just 13 months. The 1100 seats in the main hall are angled, it is said, so that Chiang Kai-shek would notice anyone who might drift to sleep during a speech. 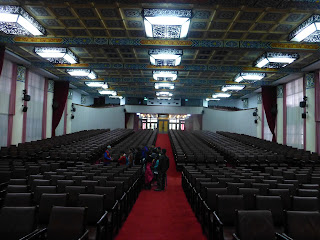 The main dining hall is impressive, capable of seating hundreds of revelers. Each looming chandelier is as large as a queen-size bed. Chiang Kai-shek adopted the traditional Chinese architectural style partly to counterbalance the destruction of traditional Chinese structures during the cultural revolution on the mainland. 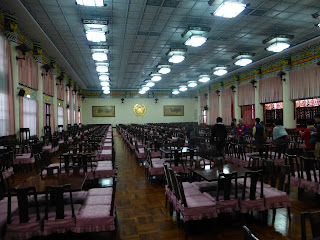 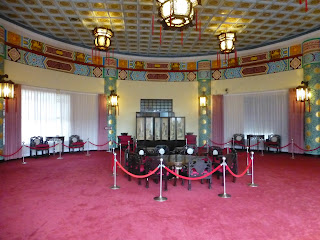 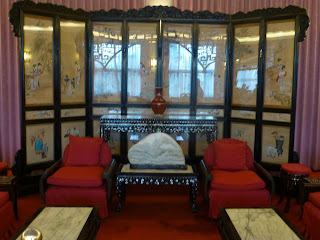 Following lunch at a simple restaurant in the park that offered chicken, sweet potato soup, and locally sourced greens, we visited the National History Museum. Although small, the collections, particularly of funerary pieces and Buddhist art, were fascinating. 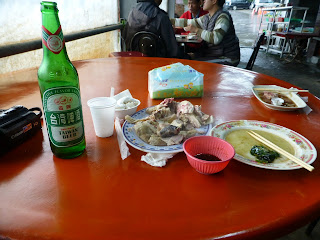 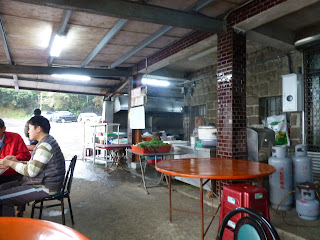 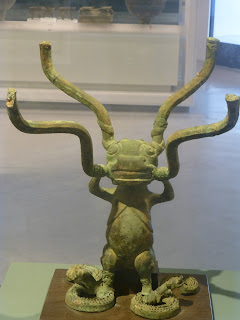 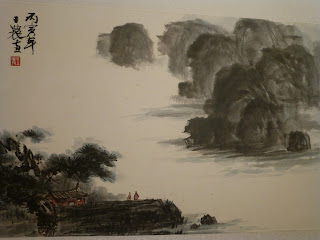 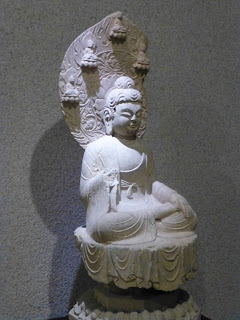 We finished our day with a visit to the Shilin Night Market, which is a bewildering array of food stands, games, and retail stalls. Even more interesting was the crowd of people that descended on the Market--clearly a favorite of locals as well as tourists. Dominating everything is the sheer variety of food that is available--stinky tofu, grilled calamari, skewers of chicken parts, even swordfish sperm sacs. My curiosity did not ascend to those heights, however, and I enjoyed a multi-course dinner at the Silk Restaurant in the Regent Hotel. 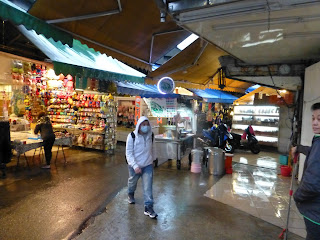 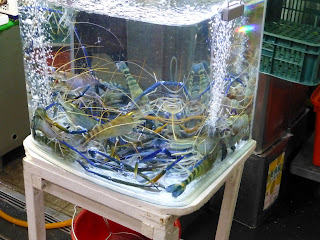 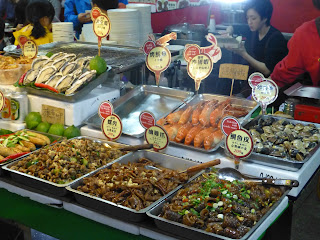