Hiroshima, Japan, and the Golden Shrine of Kyoto

I've posted on Japan before (November 13, 2010 and March 3, 2013), but had never visited Hiroshima. To stand in the shadow of the skeletal remains of the A-Bomb Dome, the former Industrial Promotion Hall near the epicenter of the nuclear explosion, is gripping. 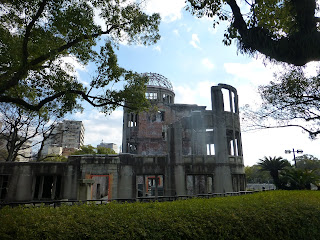 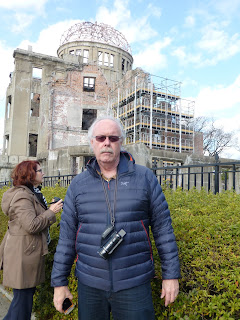 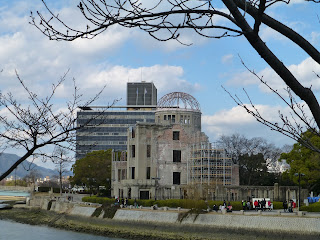 Equally moving is the Children's Peace Monument, in memory of the children who died in the blast or from the effects of radiation. The monument was sparked by the story of Sadako Sasaki, a young girl who believed that she could survive the radiation that was slowly killing her if she folded 1,000 paper cranes. Sadly, she died. In her honor, classmates began folding paper cranes and, even today, children from around the globe fold and send the fanciful origami to Hiroshima. 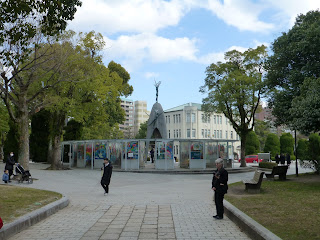 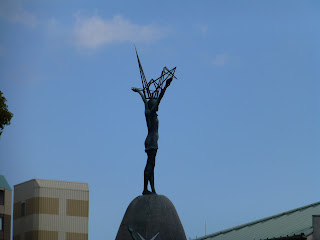 The Peace Memorial Museum is a difficult visit. There are several displays of concrete and steel structures that were unbelievably warped by the blast, while other displays depict the devastating effect that the explosion or subsequent radiation poisoning had on the human body.  A very poignant exhibit is a simple tricycle. A young boy was killed by the bomb, but his parents couldn't bear to bury him so young and alone so they interned him in their own yard, with his bike. As the parents themselves approached their final days, they exhumed his remains and donated the tricycle, still charred and blackened, to the museum. 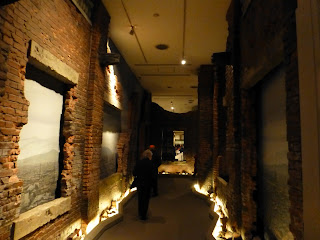 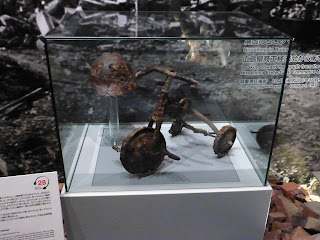 The Memorial Centograph represents a shelter for the souls of the victims. 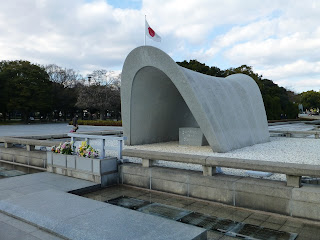 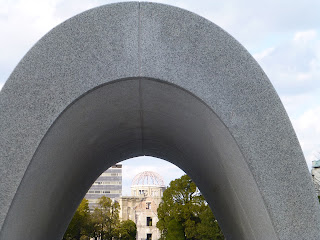 A nearby Peace Flame will burn until the world is free of atomic weapons.

The Memorial Tower was built in the memory of the thousands of students who were mobilized to aid in the war effort, such as by farming or working in factories, and perished in the nuclear blast. 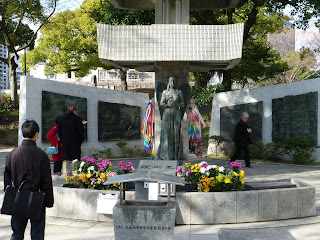 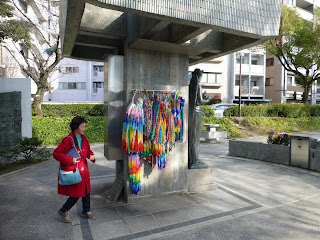 Hiroshima causes one to reflect on the horrors of any war and the bitter consequences often faced by civilian populations. To help balance these sobering and discouraging feelings, it helps to reflect upon the better side of humanity by recalling visits to two of Kyoto's most stirring sights.

Ryoan-ji, or the Temple of the Dragon at Rest, houses the famous Zen Garden of fifteen rocks. From any angle (other than aerial) only fourteen stones are visible at any one time. According to legend, enlightment can me achieved only if one is able to view all fifteen rocks at once. 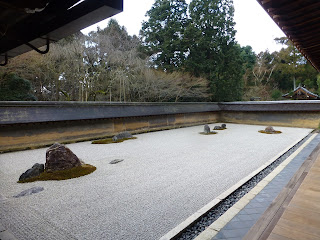 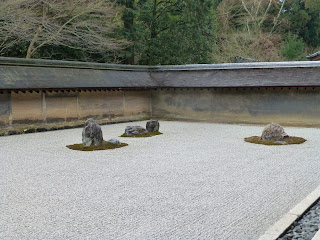 The gardens are tranquil and beautiful 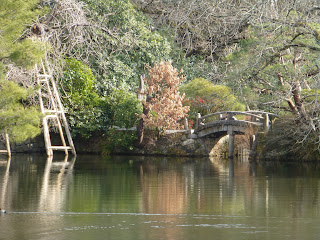 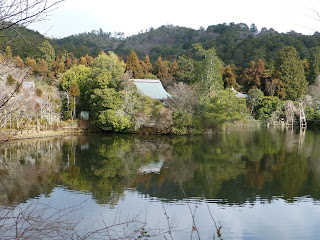 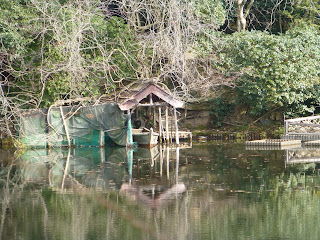 Finally, the Temple of the Golden Pavilion needs no words. The graceful arches and clean lines are striking and the gold leaf is meant to purify any negative feelings toward death. The pond and carefully manicured trees are achingly beautiful and the water is intentionally muddied to better reflect the golden hues of the Temple. 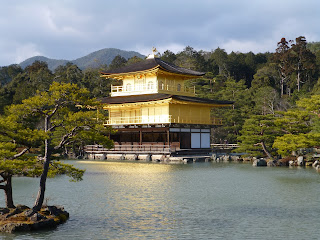 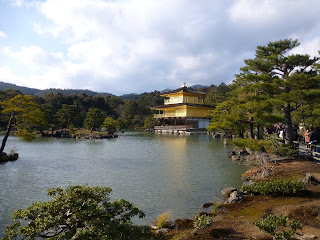 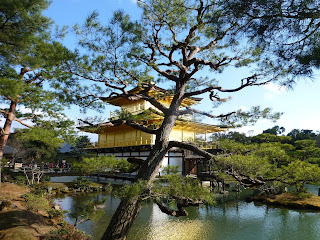