From Taipei to Sun Moon Lake

We departed Taipei, headed southwest, for a visit to Sanyi. Initially, the Sanyi region was developed due to its abundant timber, but a woodcarving industry eventually emerged. Many families in the region embraced the tradition and numerous woodcarving shops line the main street. 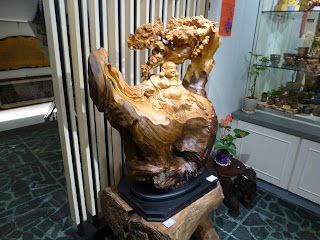 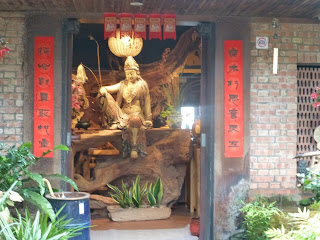 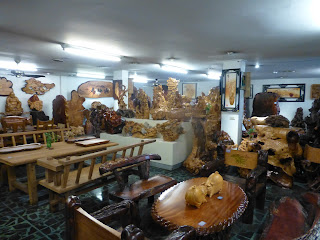 Puli, our next stop, is noted for its history of making paper. Although modern commercial methods have dramatically impacted traditional paper manufacturers, they are still patronized by artists and calligraphers who need paper of the highest quality. We also toured an interesting outdoor exhibit which features a "paper church." The structure was designed by the noted Japanese architect, Shigeau Ban, after the 1995 earthquake devastated much of Kobe, Japan.  The light, easily obtainable material made it possible to quickly erect a new place of worship, to replace a Catholic church which was destroyed by the earthquake. In 1999, when Taomi, Taiwan, suffered a crippling earthquake, the paper church was donated to Taomi as a symbol of the friendship between Japan and Taiwan. 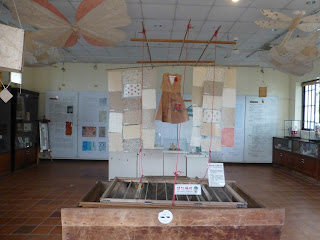 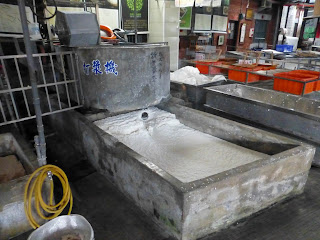 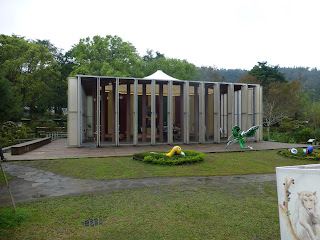 Sun Moon lake itself is stunning--one part round like the sun, and another crescent-shaped like the moon--and ringed by emerald mountains. The area is home to one of Taiwan's fourteen recognized aboriginal tribes, the Thao. Legend has it that they originally settled on a small island, Lalu, then migrated to the mainland when rising waters rendered the island uninhabitable. I found the artwork of the indigenous tribes remarkable similar to that of American Indian tribes of the northwest. 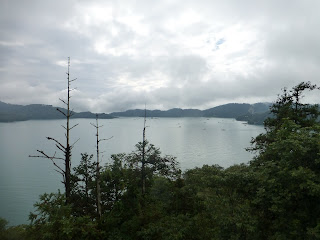 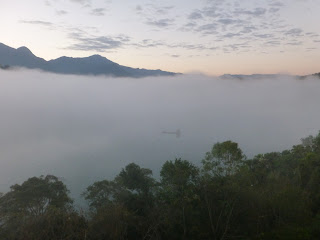 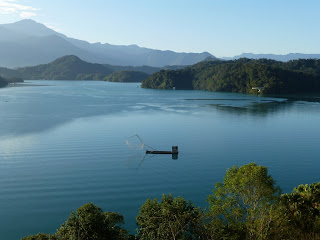 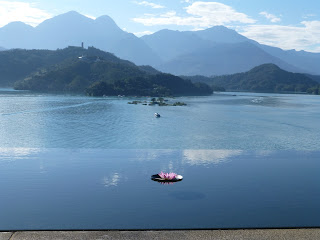 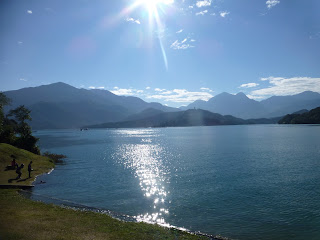 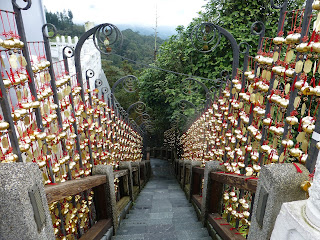 Staircase of a Thousand Lights, once the only was to reach the Temple on the shores of the Lake 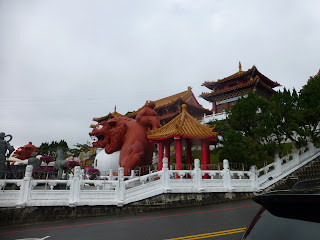 Today, a luxury hotel has adopted the Lalu name and is a spectacular property. With the hotel as a base, we toured the Temple of the Walking Monk, Xuanzhuang, who sojourned through western Asia in search of sacred texts. 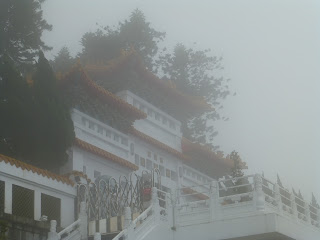 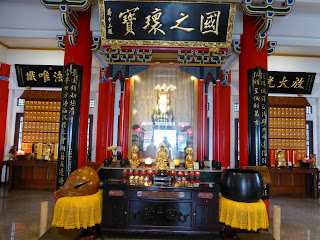 Also interesting, and worth a long, uphill slog, was the octagonal and multi-colored Tse En Pagoda, built by Chiang Kai-shek in honor of his mother. Once a heavy fog lifted, views of the Lake from the Temple and the Pagoda were fantastic, as were those from my balcony. 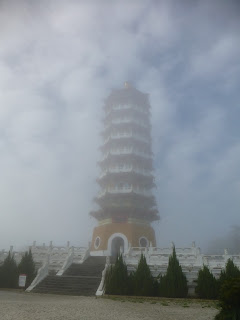 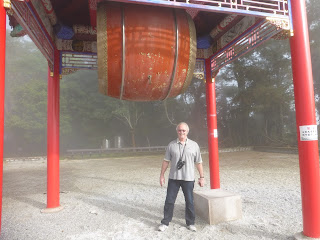 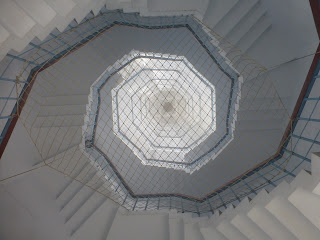 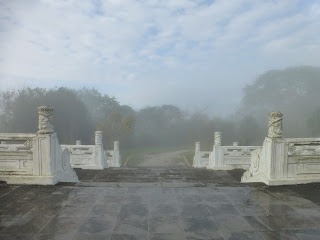 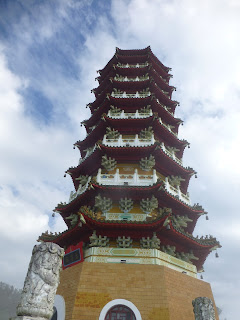 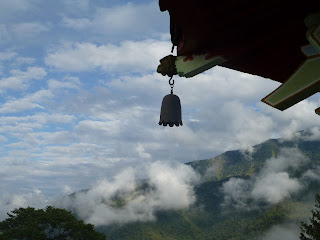 We strolled through Tehua Village and I sampled millet wine, as well as a concoction made from tree bark and an indefinable liquid. Finally, I managed a wine/sorghum brew called alcohol 58. Not the best, but it killed the taste of everything else. 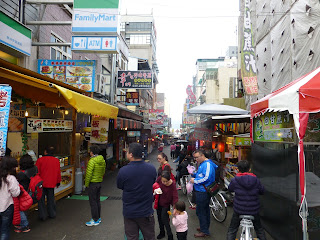