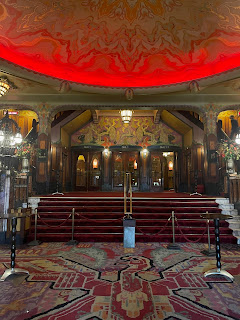 For more extensive notes on Amsterdam and the surrounding area, please see the earlier entries of October, 2018. Above is a photo of the interior of the Theater Tuschinski. Theaters are very popular in Amsterdam and known for their ornate interiors.

A city of approximately 1,000,000, vibrant Amsterdam is the capital of the Netherlands. Sixty miles of canals wind through the city and many residents continue to make their homes on board. Some craft appear seaworthy, some not so much! 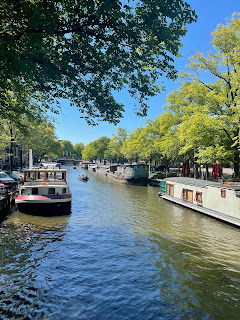 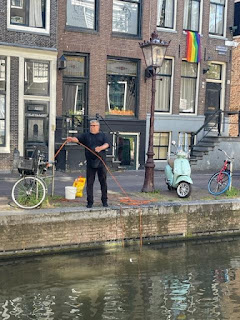 Magnet fishing is popular locally as anglers seek to retrieve bicycles and other objects lost to the canals. No size limit! 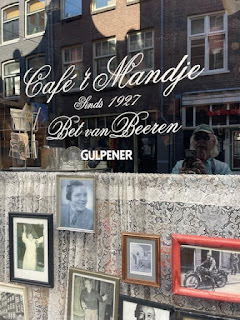 Bet van Beeren was a lesbian who opened a bar in 1927, which was welcome to all--gays, pimps, prostitutes, etc. During WWII, she developed elaborate ruses to prevent being raided by the Nazis. Today, her niece runs the bar and has preserved the interior. 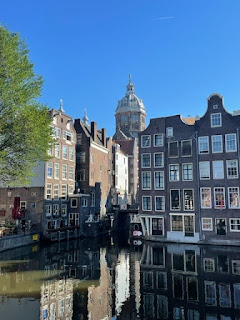 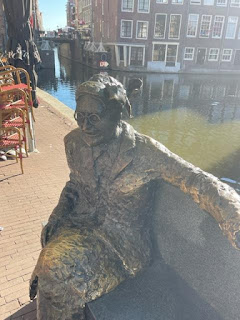 Majoor Bosshardthuis was an officer in the Salvation Army who was able to save dozens of Jewish children from the Nazis. In 2009, she was posthumously named the Greatest Inhabitant of Amsterdam of All Time. 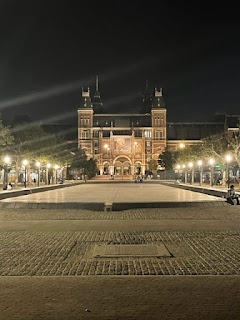 The Rijksmuseum at night. 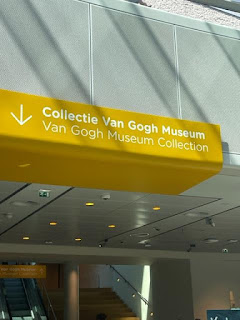 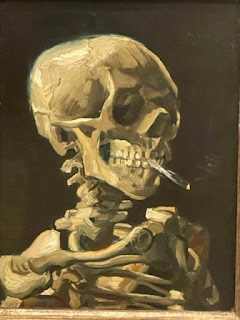 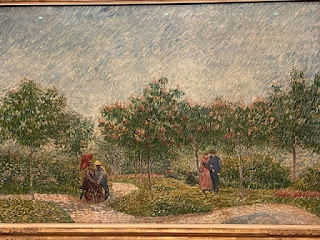 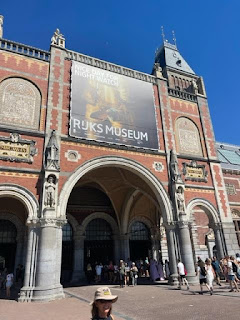 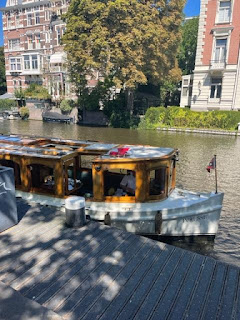 A leisurely canal ride is a must!! 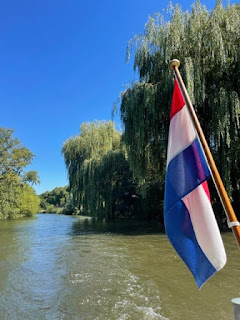 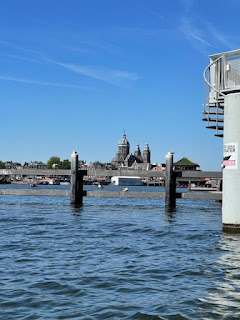 In the background is the Basilica of Saint Nicholas, the patron saint of Amsterdam.