Rwanda and the Mountain Gorillas 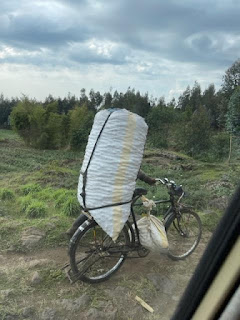 Potatoes are a common crop in Rwanda, and transporting loaded sacks on rickety bicycles, along rock-strewn mountainous roads, is a way of life for many people. Rwanda is a landlocked, densely populated country of nearly 13 million people, one million of whom live in the capital, Kigali. 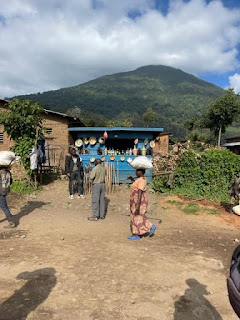 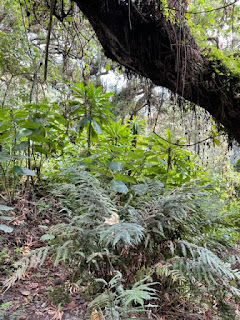 Volcanoes National Park is a beautiful multi-country conservation area that, in addition to Rwanda, includes portions of Uganda and the Democratic Republic of the Congo. The park protects the Virunga Mountains, mostly dormant volcanoes, which gives Rwanda its name of "Land of a Thousand Hills." 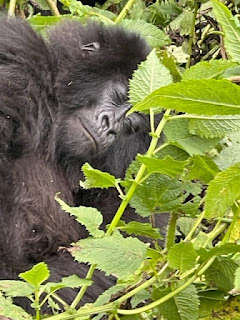 The trek to find the mountain gorillas was challenging, but ultimately worth it. To see these magnificent animals in their natural habitat is simply incredible. 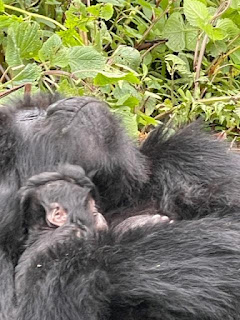 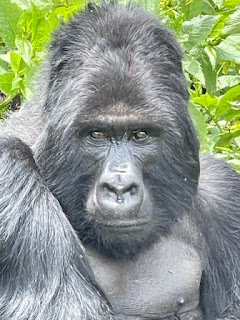 A majestic silverback. The look says it all. 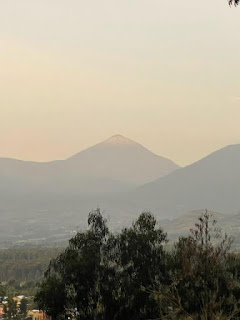 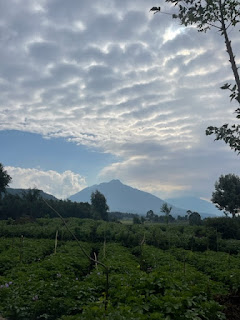 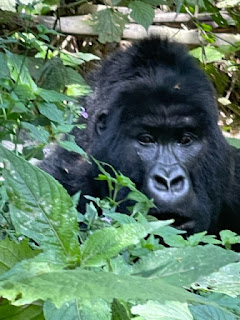 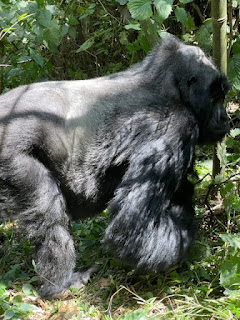 A male silverback can weigh in the neighborhood of 500 pounds. They exude power whenever they move. 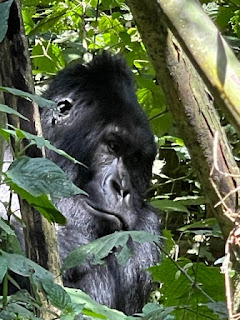 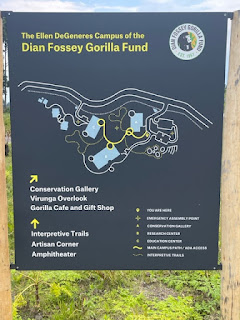 We visited the Campus established by Ellen DeGeneres for the Diane Fossey gorilla fund, and found the exhibits informative and interesting. A recommended visit following a gorilla trek.