Delft and The Hague 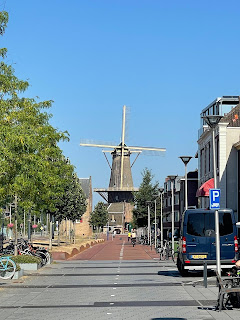 Delft is a charming city of approximately 100,000 residents. It was home to famed painter Jan Vermeer, and was the site of the Delft Thunderclap of 1654, when a munitions dump exploded and destroyed much of the city. Those killed in the explosion included Carel Fabritius, painter of The Goldfinch. 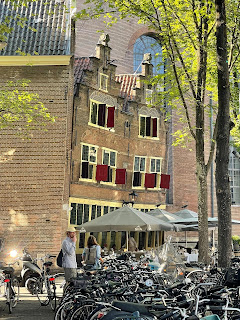 Note the seemingly precarious tilt of this structure. 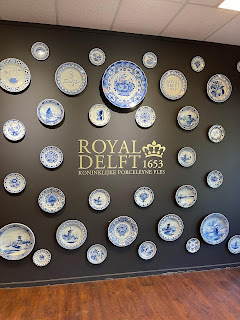 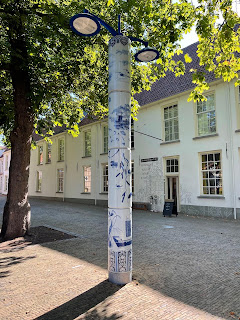 No visit would be complete without a tour of the Royal Deflt company, to understand how they craft the famed blue porcelain. As witnessed above, the product is everywhere in Delft, including the streetlamps!

With a population of over 500,000, this administrative and royal capital of the Netherlands is the third largest city in the country. 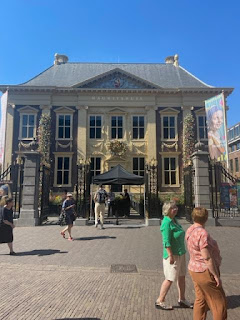 A true jewel is the Mauritshuis Museum, which houses several notable works by the likes of Vermeer and Rembrandt, including the former's Girl with a Pearl Earring. 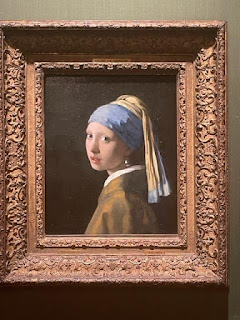 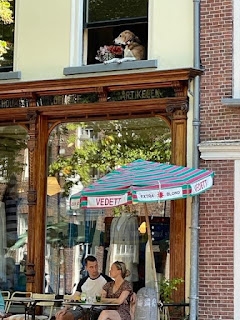 Note the dog keeping watch on the street. 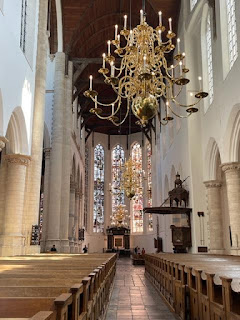 Interior of the New Church, completed in 1656. 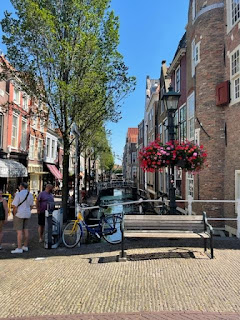 One of the many charming canals that thread through the city. 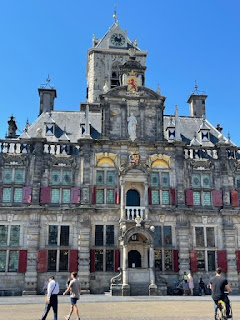 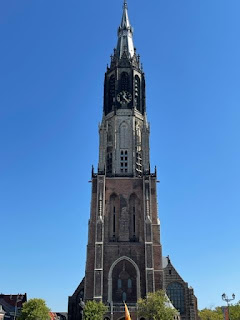 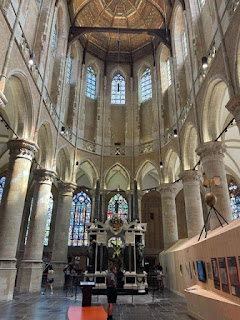 Spire and interior of the Great Church; construction began in the 1400's. To this day, members of the royal House of Orange are baptized and married there.

The Panorama Mesdag, below, was well worth a visit. This cylindrical painting, completed in 1881, is more than 120 meters in circumference and 14 meters high. The illusion of overlooking the sea and village is striking. 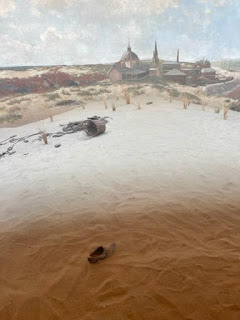