Quito, Ecuador, at 9,350 feet above sea level, is the second-highest capital city in the world, after La Paz, Bolivia. With only a few days to enjoy this city of nearly two million people, we spent much of our time in the warren of narrow, winding streets in the Old Town district. Although parts of this section are gritty, and crime is definitely an issue, there is an overriding charm to Old Town that makes for a delightful visit. 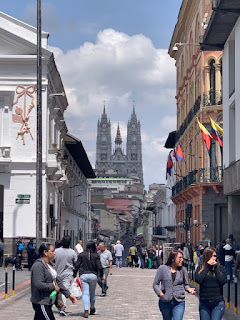 There are an abundance of beautiful colonial churches in Old Town. 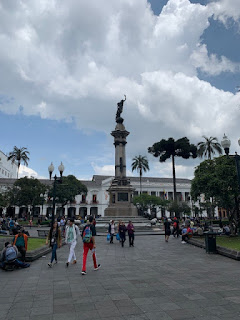 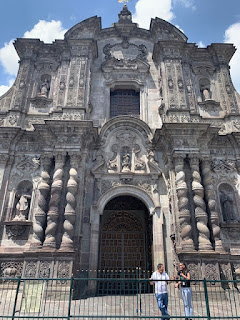 La Compania is arguably the grand dame of all of Quito's churches. Photographs are forbidden inside, but the interior is even more spectacular than that of the Iglesia San Francisco, below. 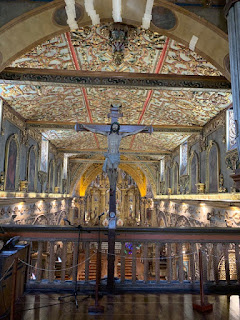 A view of the sanctuary 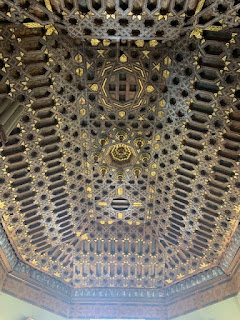 The ceiling in the choir loft 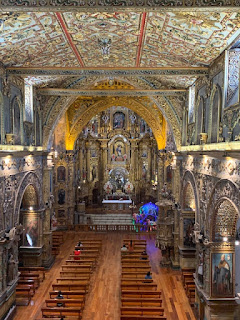 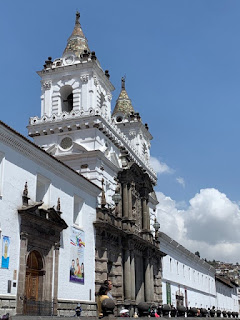 The exterior of the Iglesia San Francisco 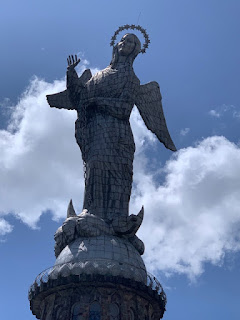 The Virgin of Quito, atop El Panecillo, is constructed of aluminum. Always protecting the city, she stands atop a serpent. A replica of a famous wooden sculpture, the one depicted here is the only statute of a winged Virgin. 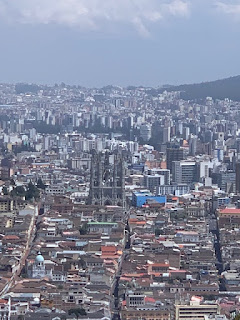 View of Quito from El Panecillo 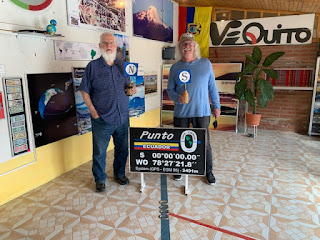 Quito is the capital city nearest the equator, referred to here as Mitad del Mundo (Middle of the World). The precise location of the equator is the topic of some dispute. A large monument supposedly marks the spot, but it is generally acknowledged that it was misplaced! 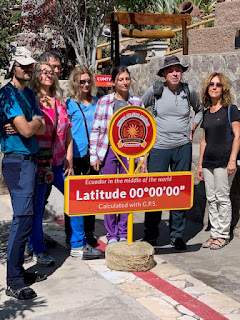 From Quito, it is a beautiful drive through the mountains to reach the charming city of Mindo. The chocolate industry here is thriving, and we enjoyed a tour--as well as the opportunity to sample products--at one of the local shops. 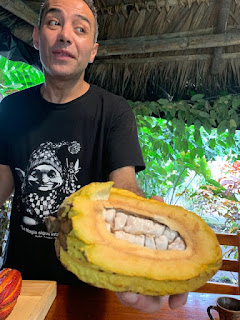 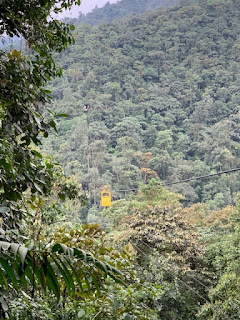 A ride in a cable car provides a great opportunity to enjoy the scenery and the abundant bird life. Ecuador has one of the largest bird populations in the world, and the greatest number of hummingbirds. 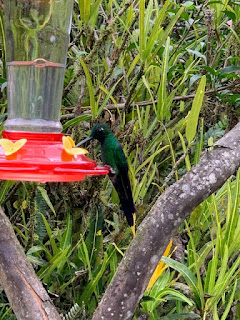 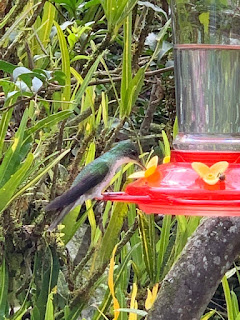 Near the Mitad del Mundo is the Pululahua Reserve, nestled inside an extinct volcano crater. Several farmers reside in the fertile basin, and it is believed to be the largest inhabited crater in the world. 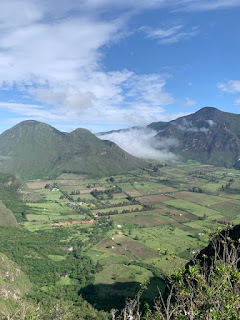 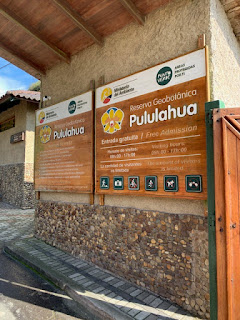 Travelers should note that Quito is only about a four hour flight from Atlanta, and boasts a modern and efficient airport.
Posted by Michael J. Jordan at 8:04 AM