We flew from Quito to the Galapagos, and went directly from the airport to the pier for a brief dinghy ride to the Galapagos Legend cruise ship. The Galapagos were discovered by Europeans in 1535, but left largely undisturbed until the 17th century when they became the base for English, Dutch, and French pirates. The best known pirate, of all who frequented the islands, is likely the Englishman, Sir Francis Drake. Regrettably, for the giant tortoise population, they were an ideal food source for the pirates. Able to survive for long periods without food or water, the tortoises were loaded into ships' holds to serve as a source of fresh meat. The population was decimated, and the trade in fur seals, sold for their pelts, also spiked. Ecuador claimed the islands in 1832. 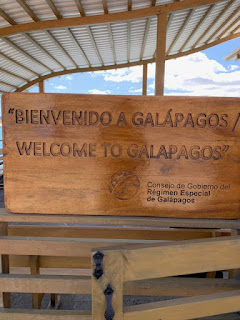 The islands were declared a national park in 1959, and tourism began to increase. However, commercial fishing also increased dramatically and fish stocks dwindled. In 2001, UNESCO designated more than 100,000 square kilometers around the islands as a World Heritage Site. Tourism increased to the point that the sheer volume of visitors was overwhelming. In 2007, UNESCO placed the islands on the List of World Heritage in Danger. The government restricted immigration to the island, began to seriously enforce fishing limitations, and also imposed limits on tourism. In 2010, the islands were removed from the "in danger" list. 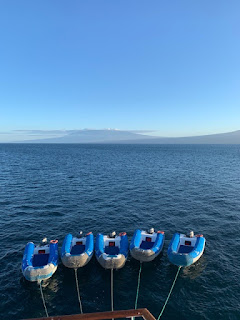 Dinghies were our daily mode of transport for our wet or dry landings. "Wet landings" involved stepping into the ocean and wading ashore, while we progressed directly onto rocks or a dock for "dry landings." We visited the islands of Santa Cruz, Santiago, Isabela, and Fernandina. 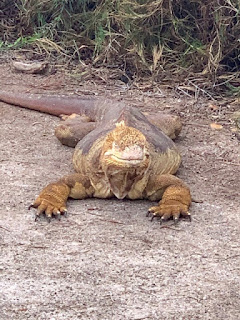 A land iguana didn't care how we arrived. He owned the path! 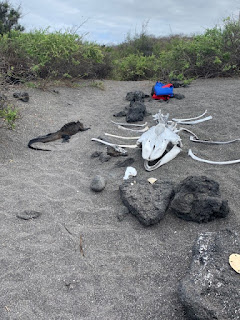 Writing prompt: what happened to the backpacker? 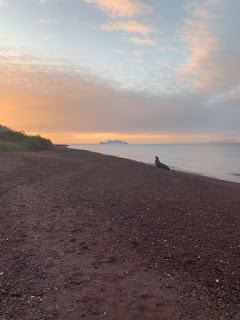 Majestic sea lion at sunset. One bull has a harem of females which he jealously protects from intrusive males. 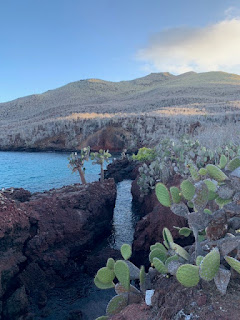 Fauna is also very diverse, with several species of cacti in abundance. 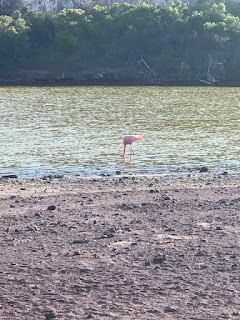 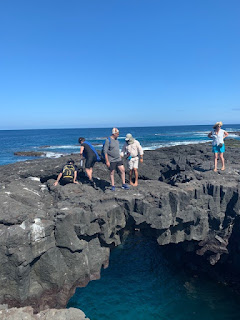 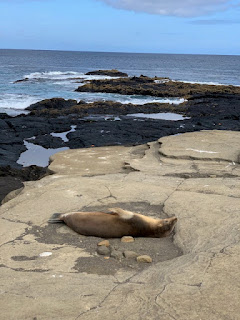 Female at rest. We were allowed to approach as close as six feet to the animals, which have no fear of humans because no hunting or trapping has been allowed for years. 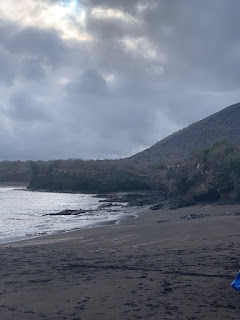 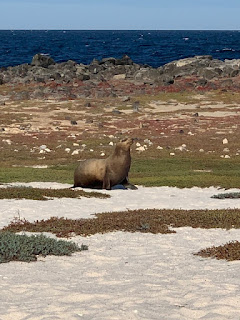 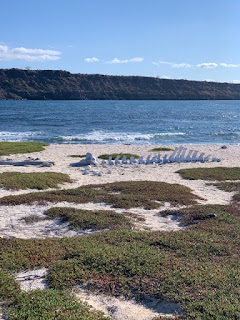 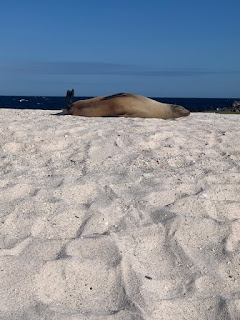 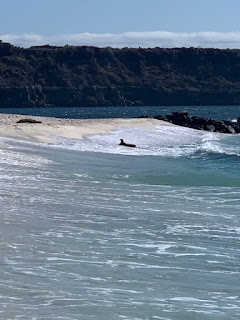 Each island has its own distinctive beauty, and the wildlife sightings are simply spectacular. Invasive species--primarily pigs, goats, and rats--wreaked havoc on the islands for years but efforts to control and eradicate these animals have seen significant success.