If Argentina built monuments for an empire that never came, Portugal built monuments for an empire that ebbed away.  Although Lisbon today is a vibrant, modern city, solemn monuments and abandoned castles bear witness to the days when brave Portuguese navigators launched explorations that spanned two-thirds of the globe.  The results of their discoveries remain evident today in a melting pot of people, unique architecture, and food imbued with flavors from India, Africa, and South America.


Lisbon is beautiful for many reasons.  Situated on the banks of the Tagus River, much of the lower town was destroyed in a cataclysmic 1755 earthquake that sparked flooding and fires and killed an estimated one-third of the city's populace.  A prosperous Portugal rebuilt the city in less than fifty years, constructing a modernized Lisbon, with better sanitation, sturdier buildings, and streets laid out in a grid.  Squares were erected, graced by elaborate fountains.  Black and white mosaic sidewalks, symbolizing Lisbon's flag, border streets and boulevards.  The 'upper town', or Bairro Alto, was not extensively damaged by the earthquake and retains a charm of its own, with narrow, twisting cobblestone streets that weave between old homes and eclectic shops.  And tiles--beautiful, multi-colored tiles are everywhere, adorning the façade of building after building.  Although some tiles have chipped or become faded, the overall effect is striking and unique amongst European cities.  Popularized during the Moorish occupation of Portugal before the 11th century, the tradition has thankfully endured. 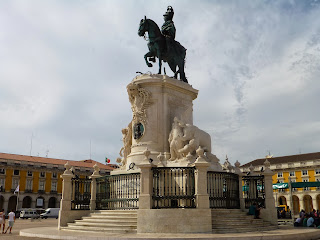 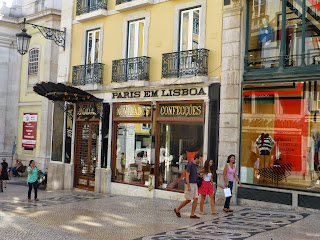 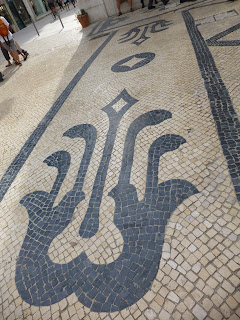 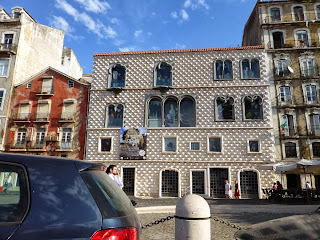 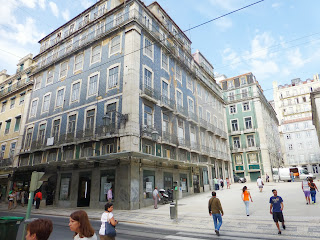 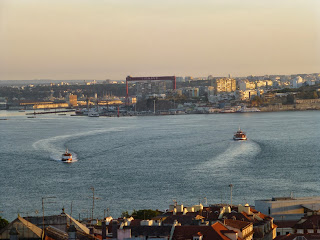 With its numerous hills and steep climbs, Lisbon is reminiscent of San Francisco, California.  Heightening the similarity is the fact that the architect of the famed Golden Gate Bridge designed a replica which spans the Tagus.  Near the bridge, and creating a bit of geographic confusion, is a replica of Brazil's noted Christ the Redeemer statute.  We enjoyed this view from the rooftop terrace of our hotel, the Bairro Alto, located--of course--in upper town.  Near the hotel is the popular café, A Brasileira, and the dark, richly carved wooden interior reminded us of cafes we've enjoyed in Buenos Aires and Paris.  Outside the café is a seated statute of the famed poet Fernando Pessoa and a photo seated on the bench next to him is an obligatory tourist ritual.  Our first evening in Lisbon, we dined at Casa de Linhares, a restaurant known for its Fado shows.  Fado, with its haunting, mournful, lyrics is a captivating musical style. 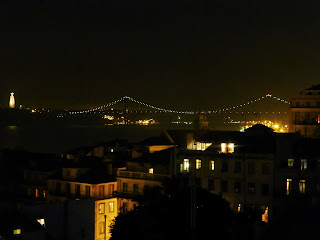 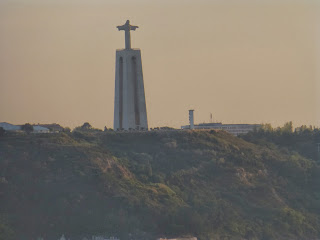 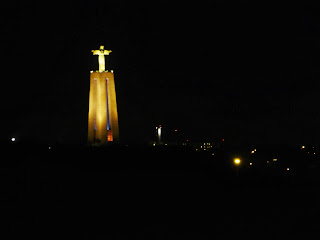 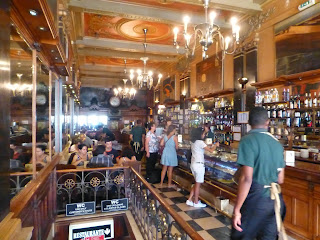 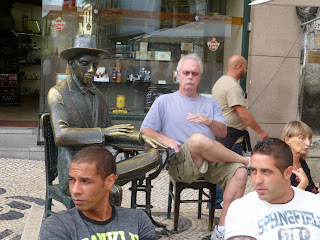 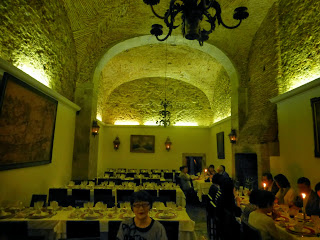 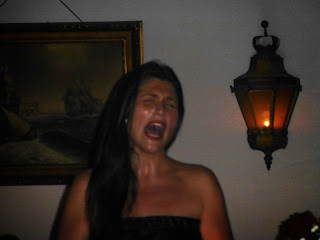 We sipped a nightcap on the Bairro Alto's terrace and watched the ferry boats, their lights bobbing in rhythm with the Tagus, as they floated across the river in the twilight. 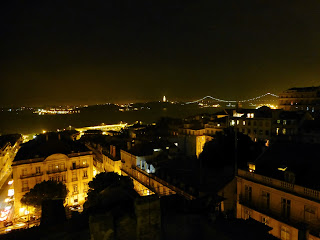 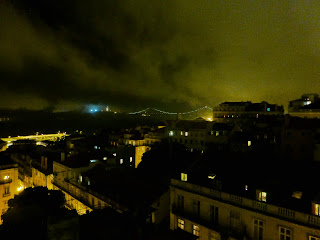