Visiting the Richard Driehaus Museum, on the corner of Erie and Rush Streets, is an opportunity to step back in time and enjoy the splendor of a Gilded Age estate.  Commissioned by Chicago banker Samuel Nickerson in 1879, the house has been painstakingly restored to its original opulence. 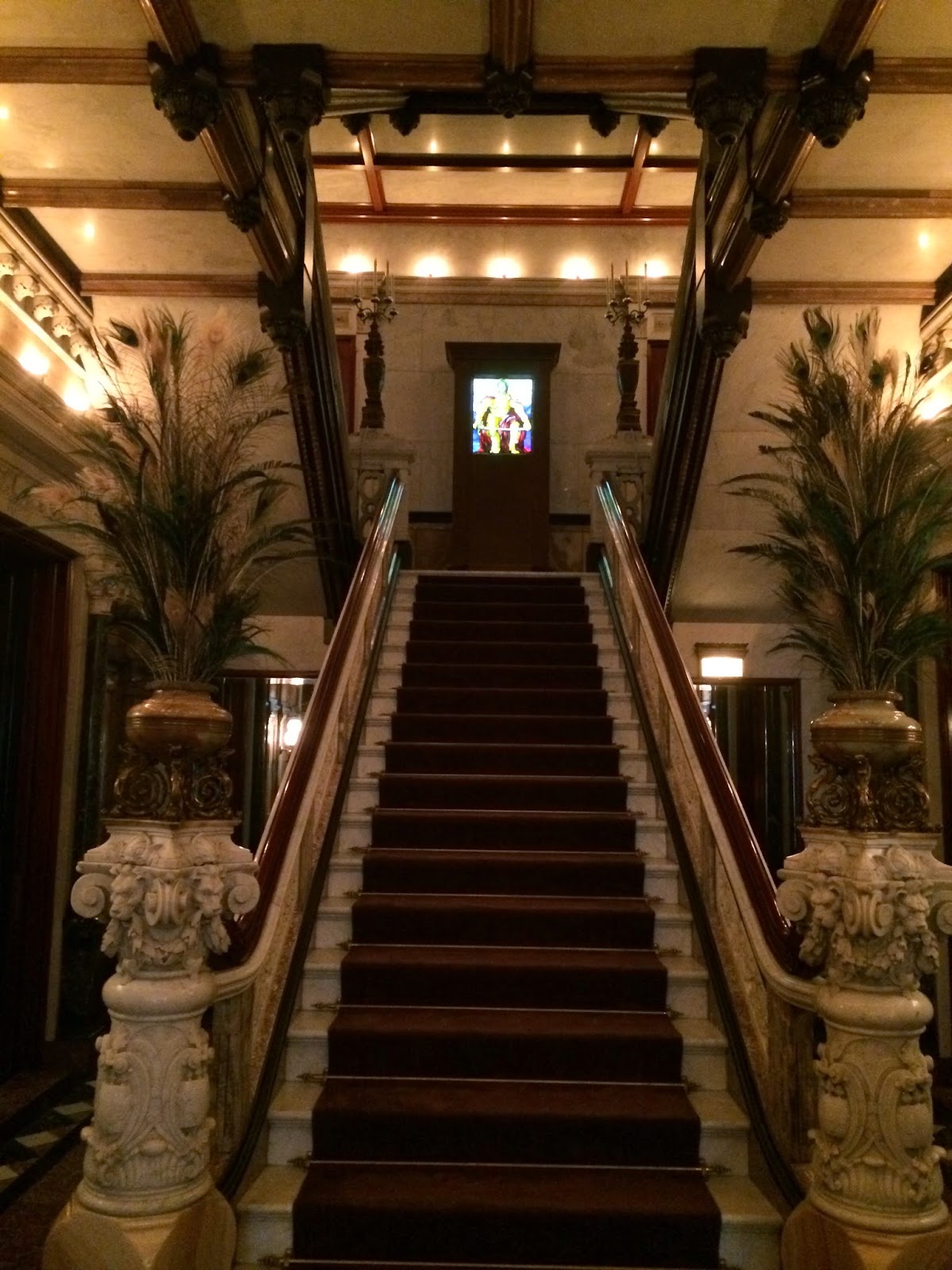 The Central staircase.  Floors, walls, and even many ceilings are of marble.  The home had fallen into some disrepair by 1919 and there was discussion of demolishing it to make way for another high rise.  When certain wealthy Chicago area families were made aware of this, they purchased the building and donated it to the American College of Surgeons, who used it as a headquarters for many years. 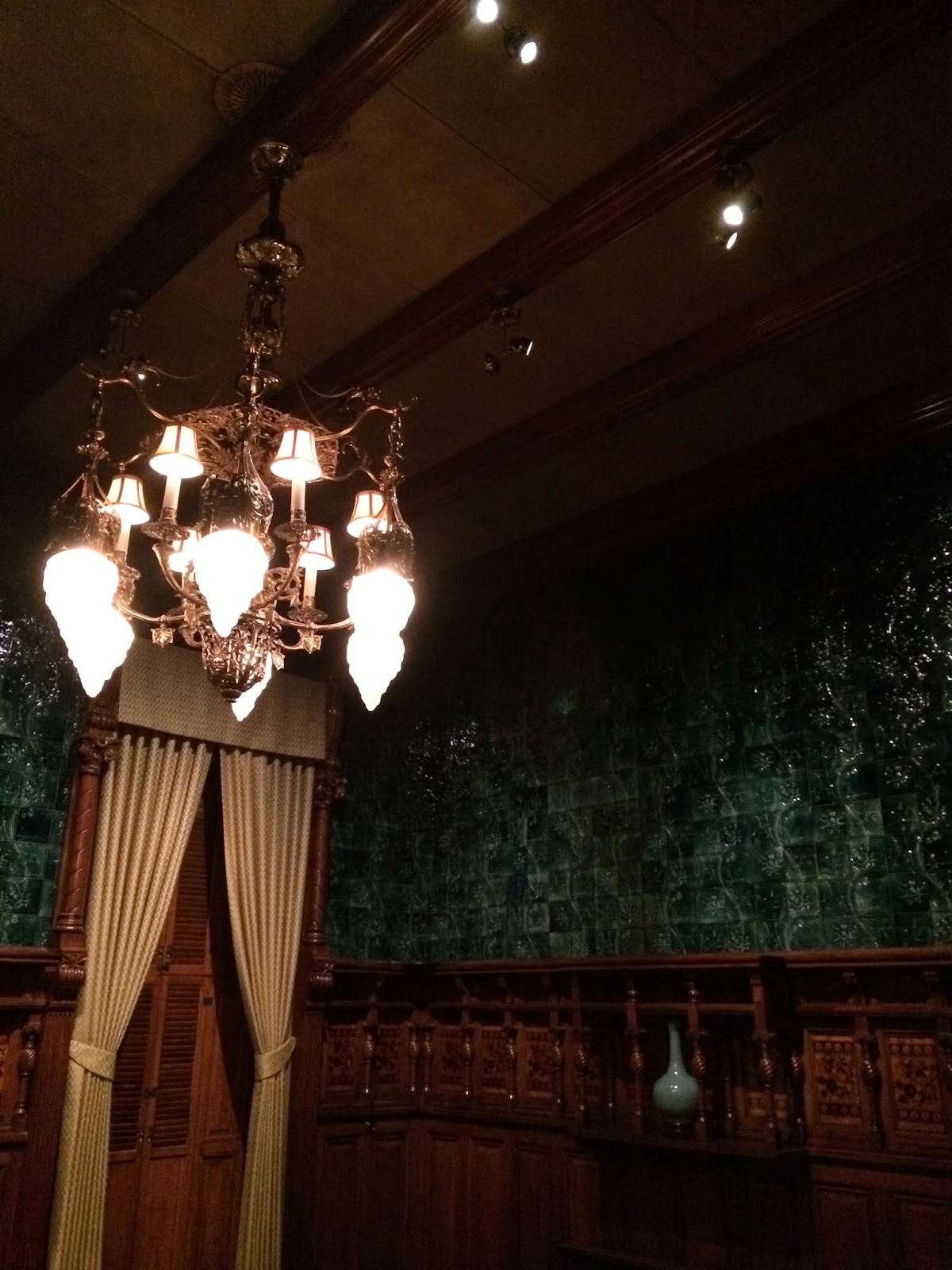 Note the ornate woodwork.  The walls were covered with a material similar to laminate. 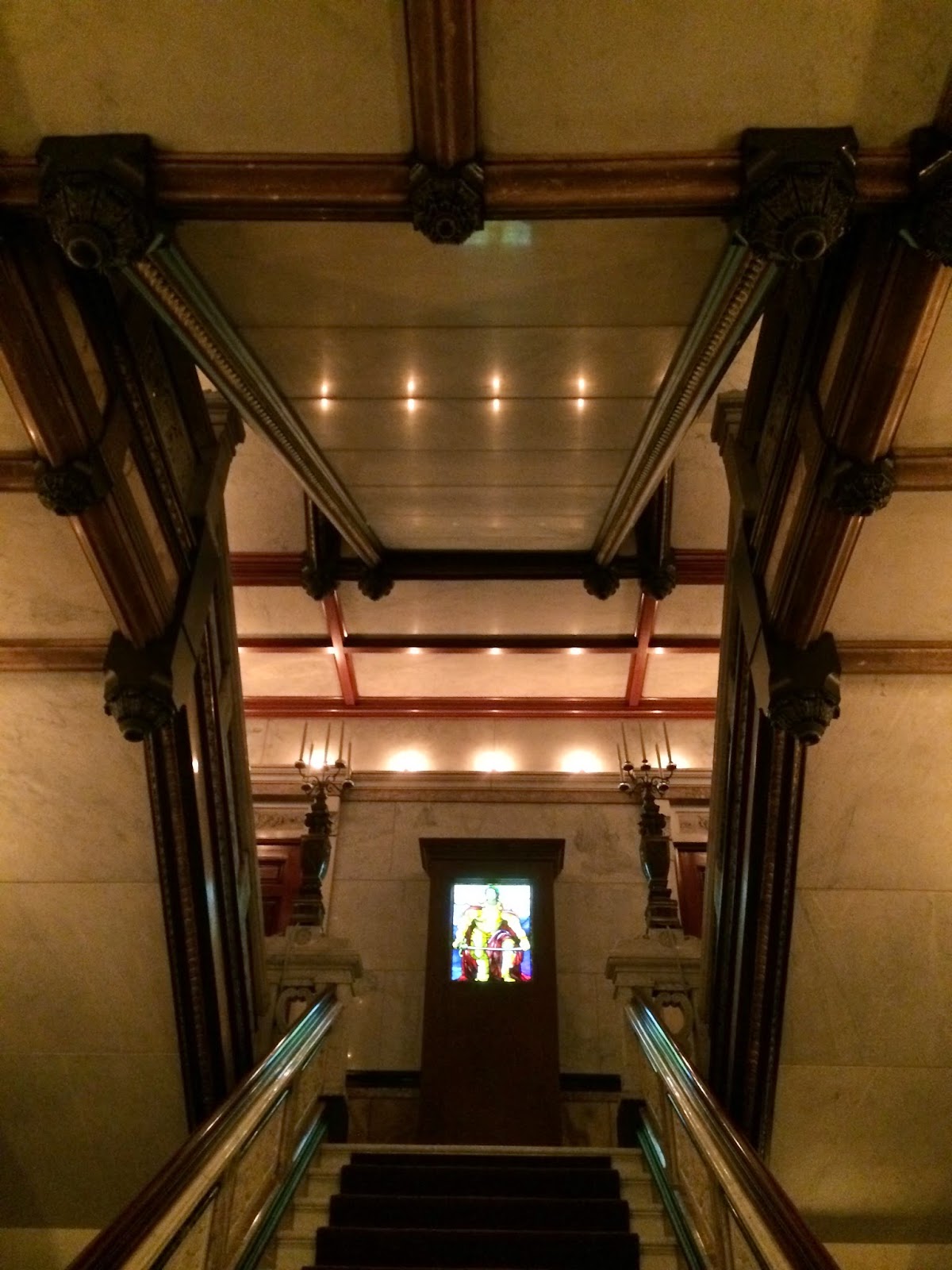 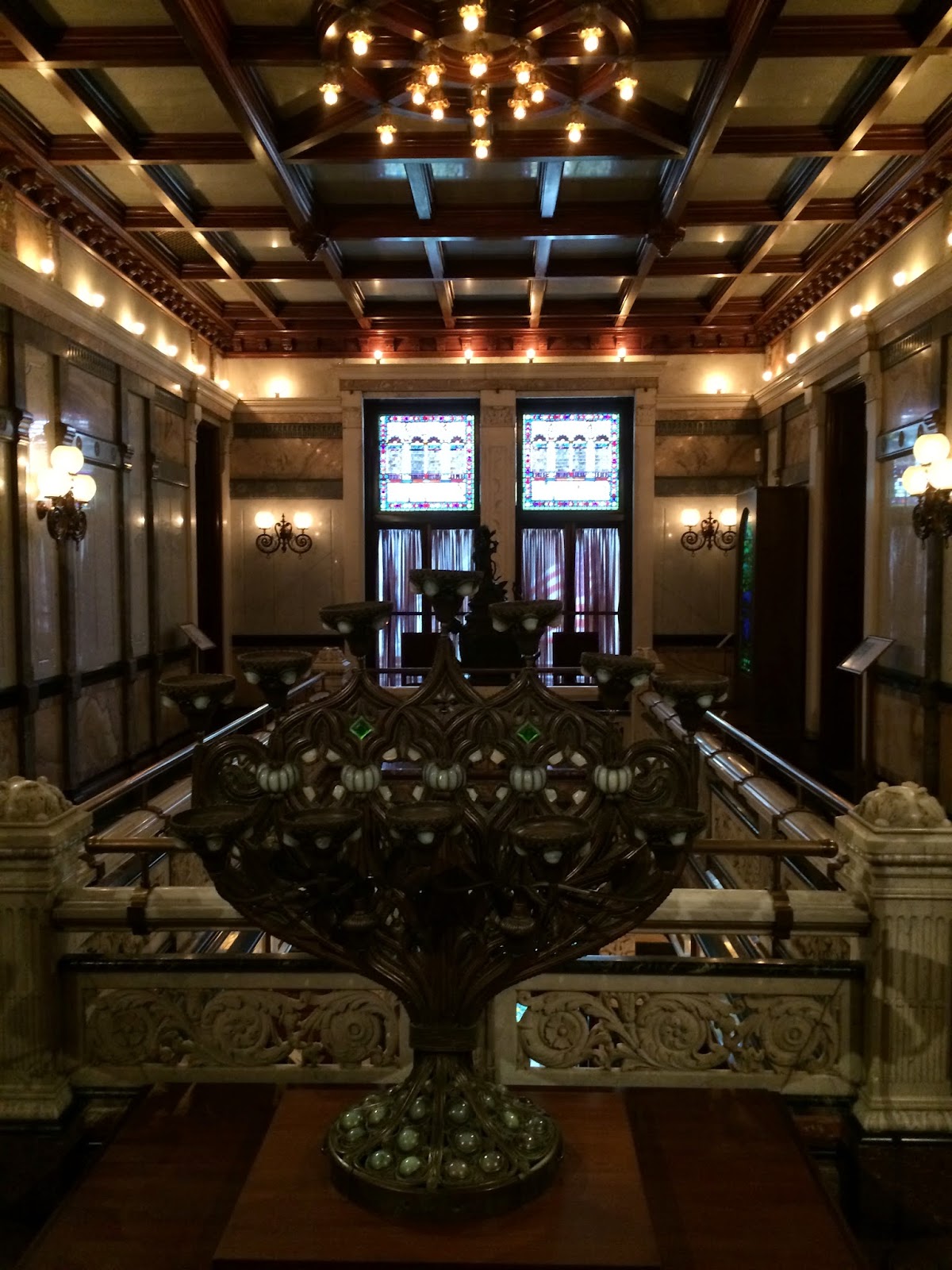 The second floor.  In 2003, the mansion was purchased by noted businessman and art collector Richard Driehaus, who devoted the next several years to having the mansion faithfully restored.  It was opened to the public as a museum in 2008. 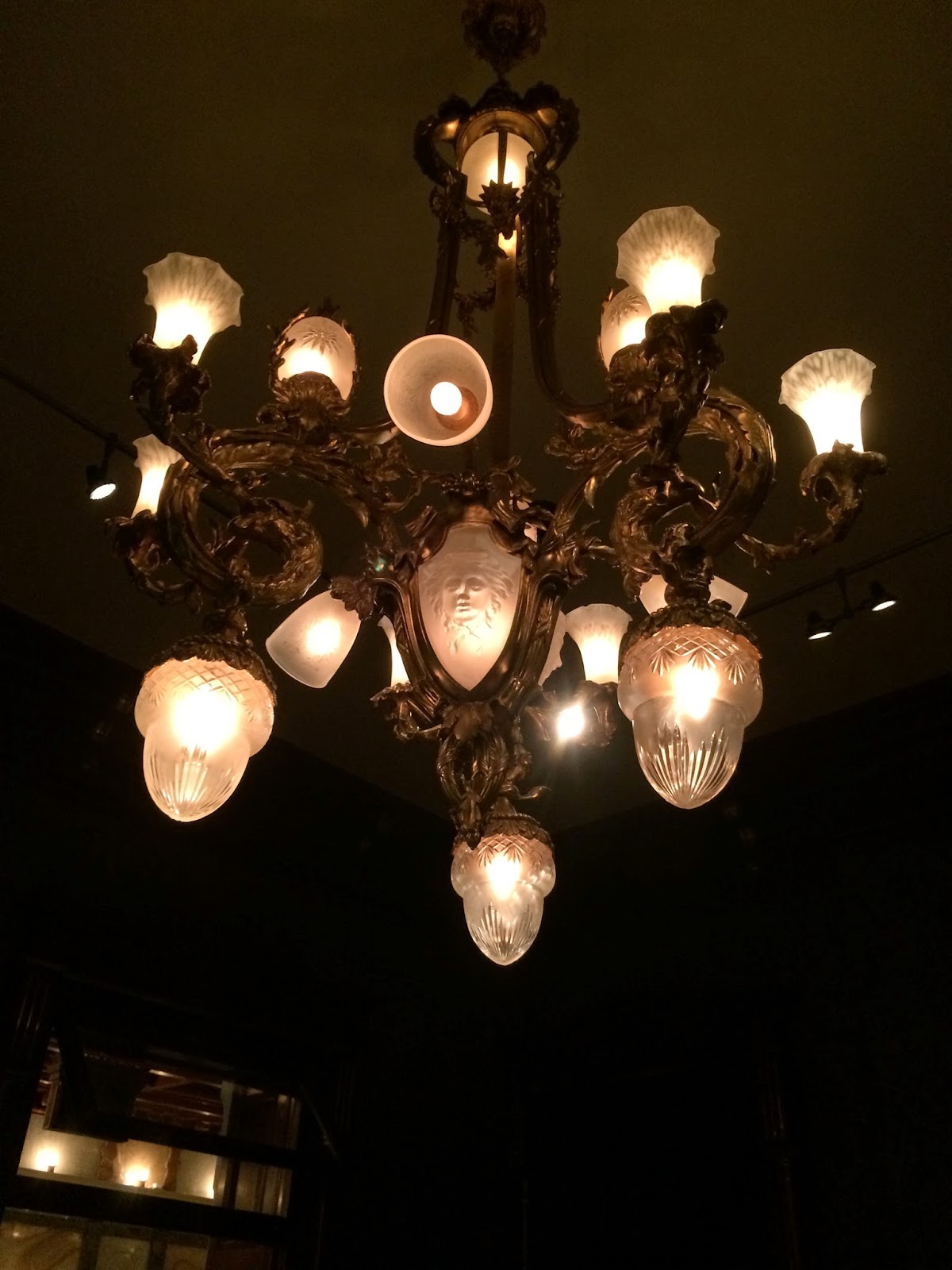 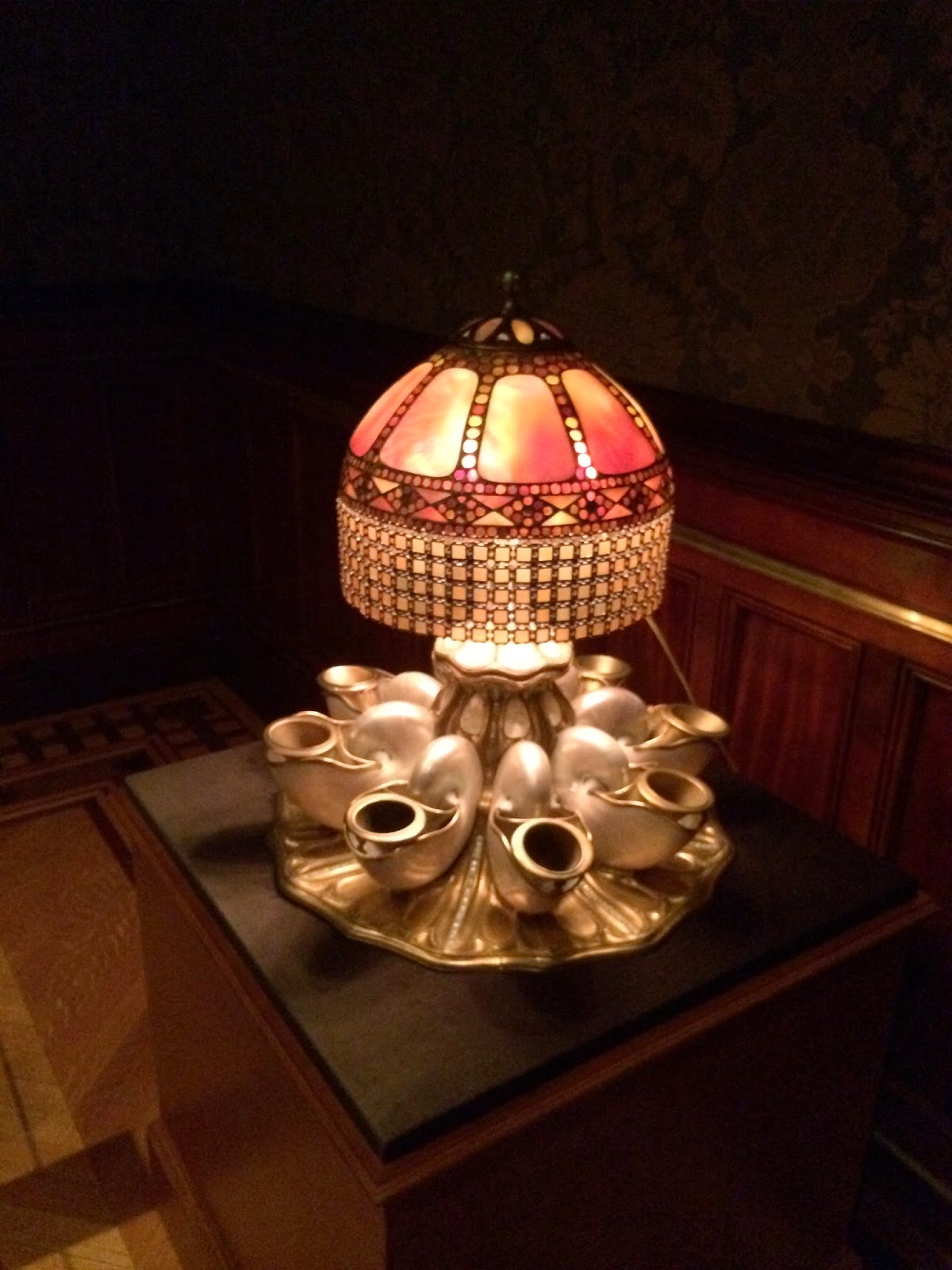 Although the Driehaus Museum holds several Tiffany pieces in the permanent collection, it's inaugural exhibition is Louis Comfort Tiffany: Treasures from the Driehaus Collection.  The piece above features individual Nautilus shells.  The lampshade was removable, allowing the work to serve as a centerpiece. 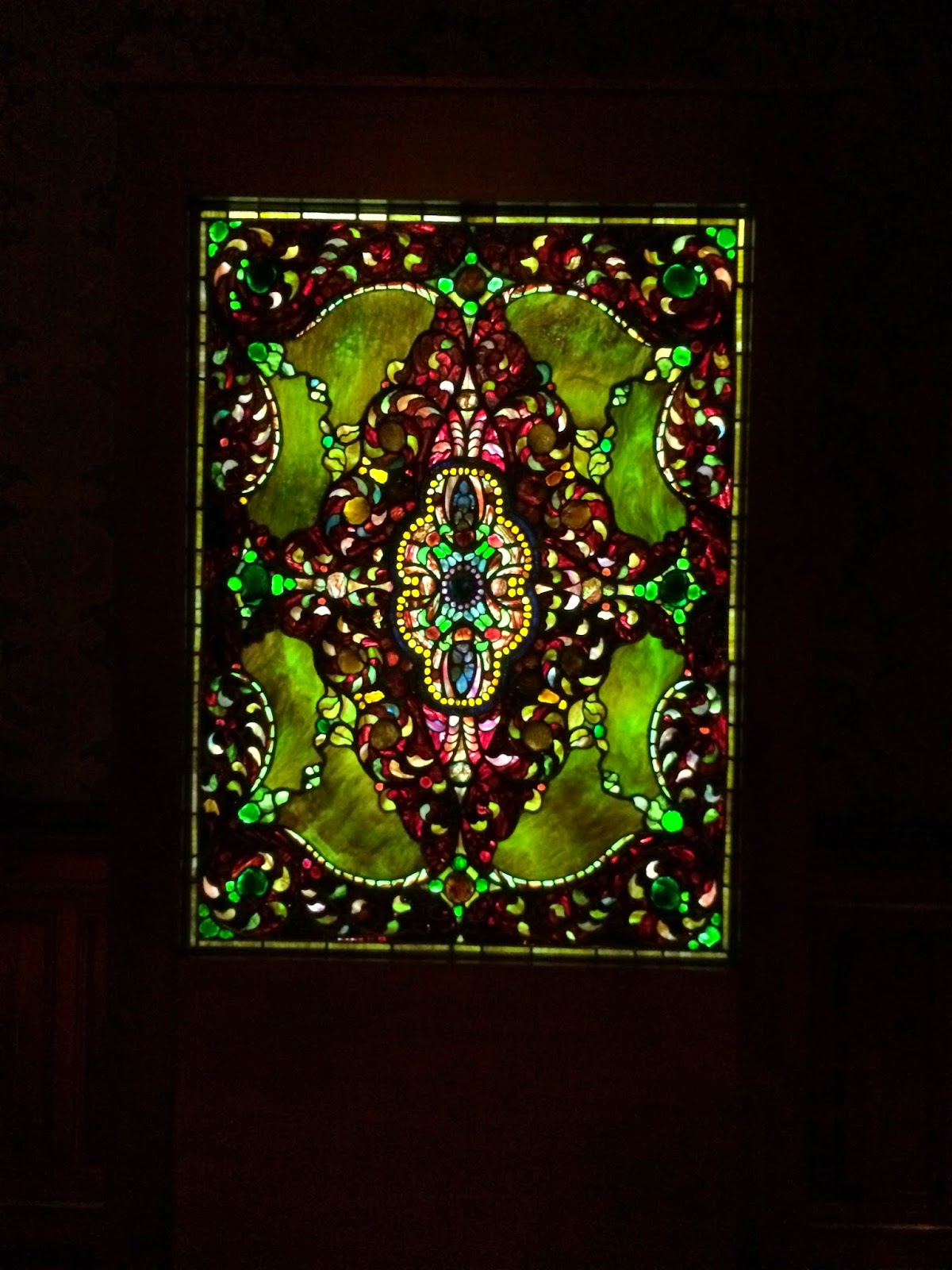 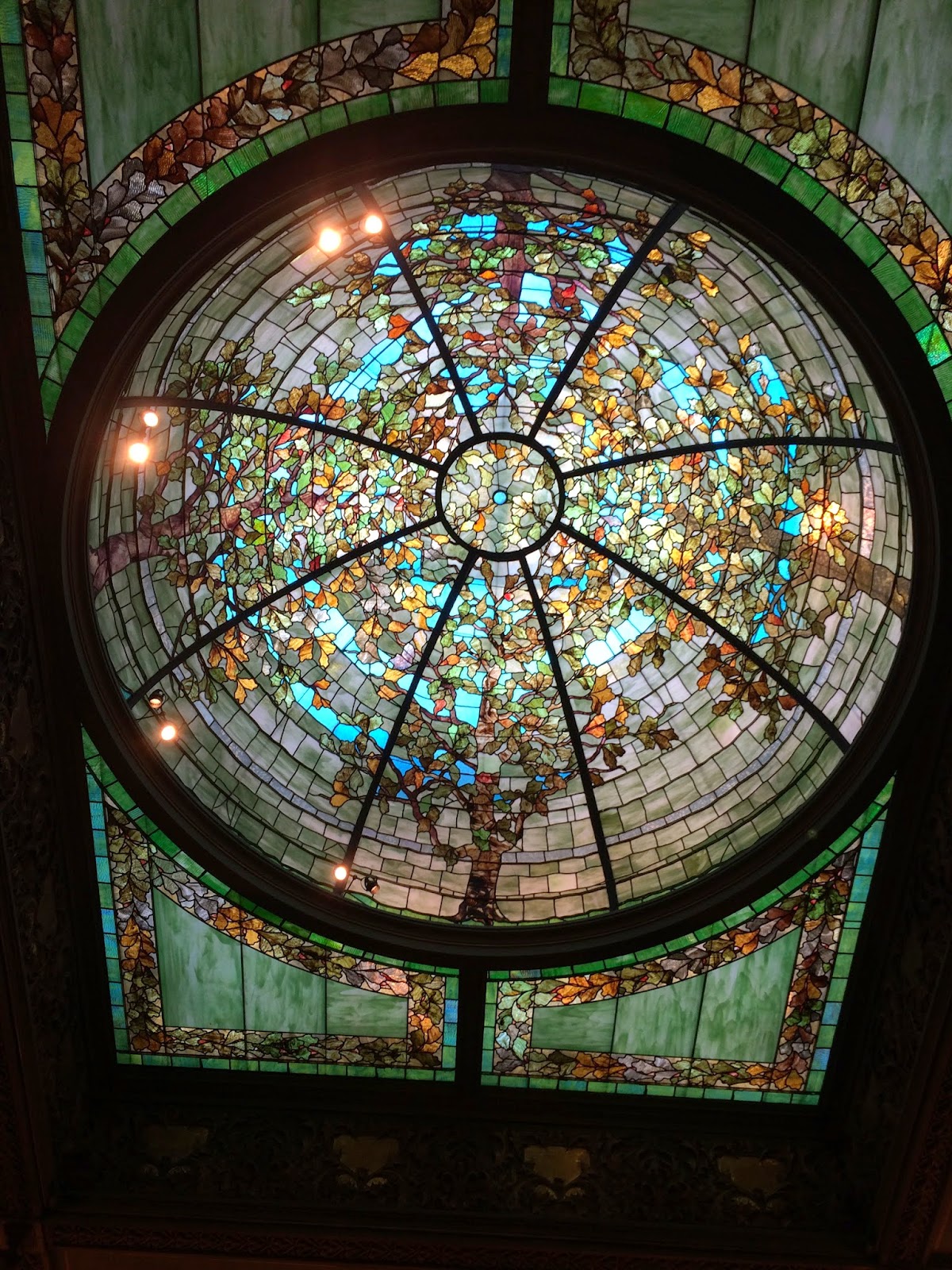 It is not believed that the Rotunda is by Tiffany.  The Rotunda had been badly damaged but, incredibly, the manufacturer was found and still possessed the original formula used to make the glass.  The restoration is amazing. 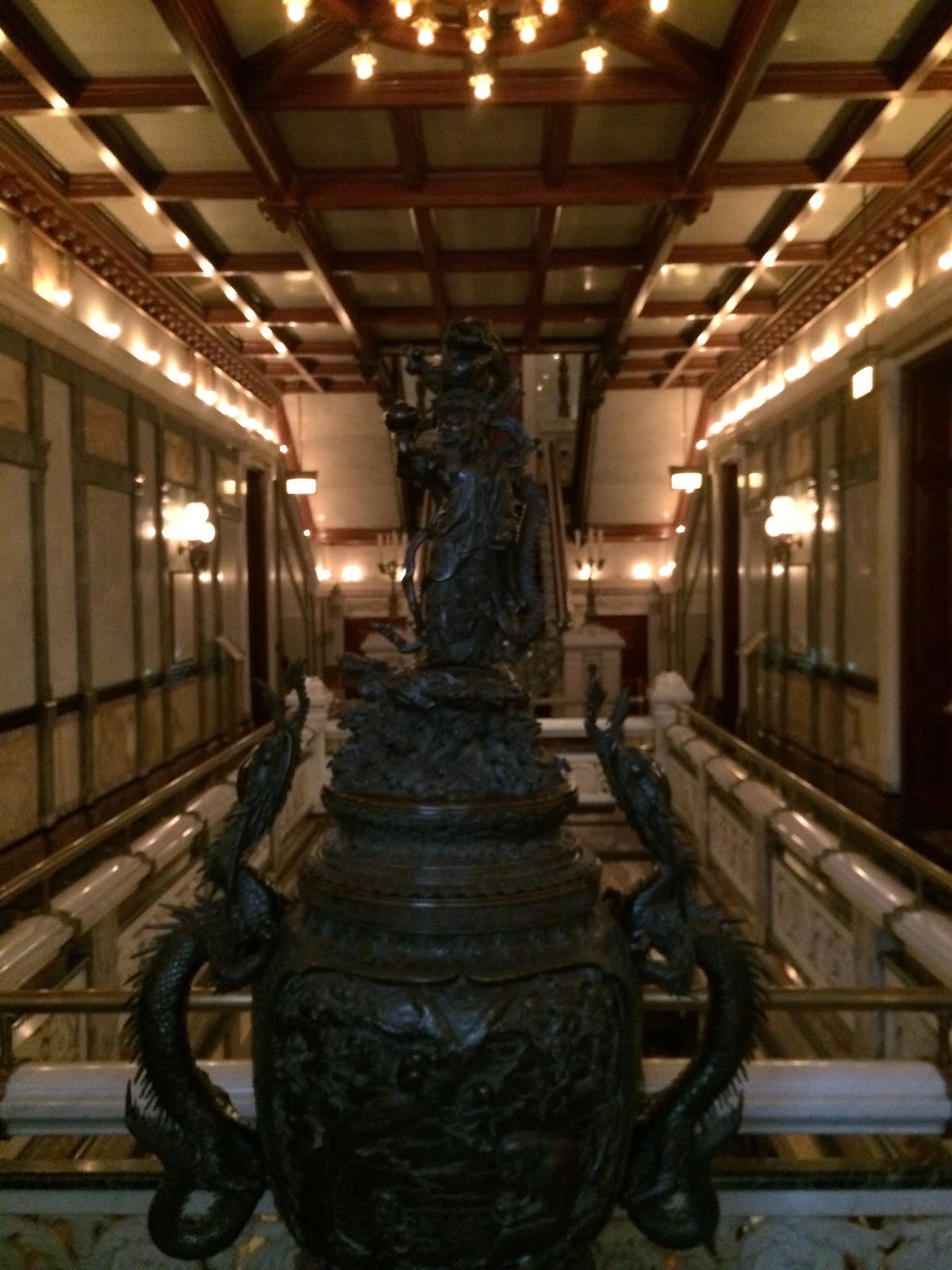 Second floor from the opposite direction. Two rooms on either side of the central                  hall served as bedchambers.   A ballroom and lounge were located on the third floor. 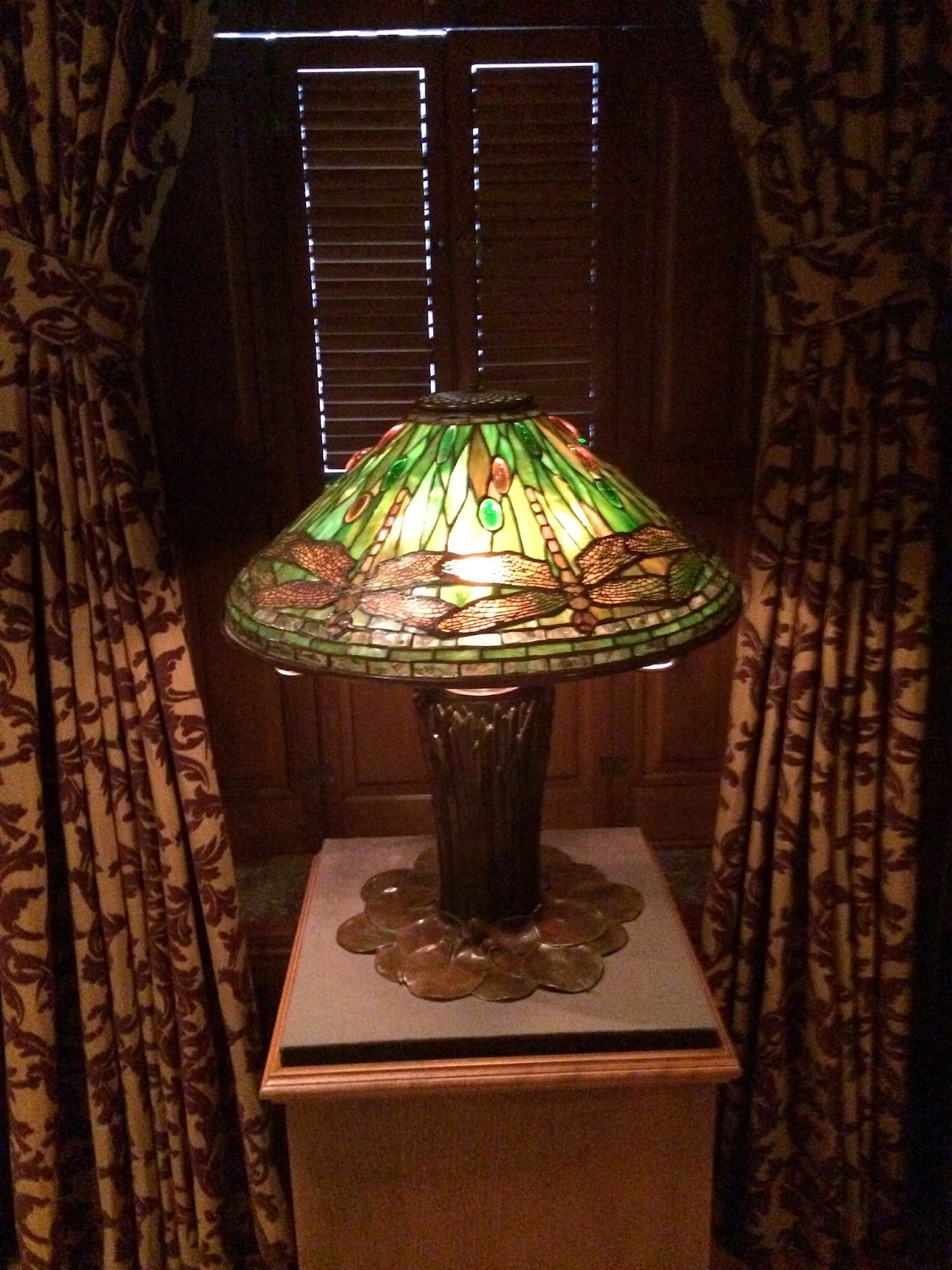 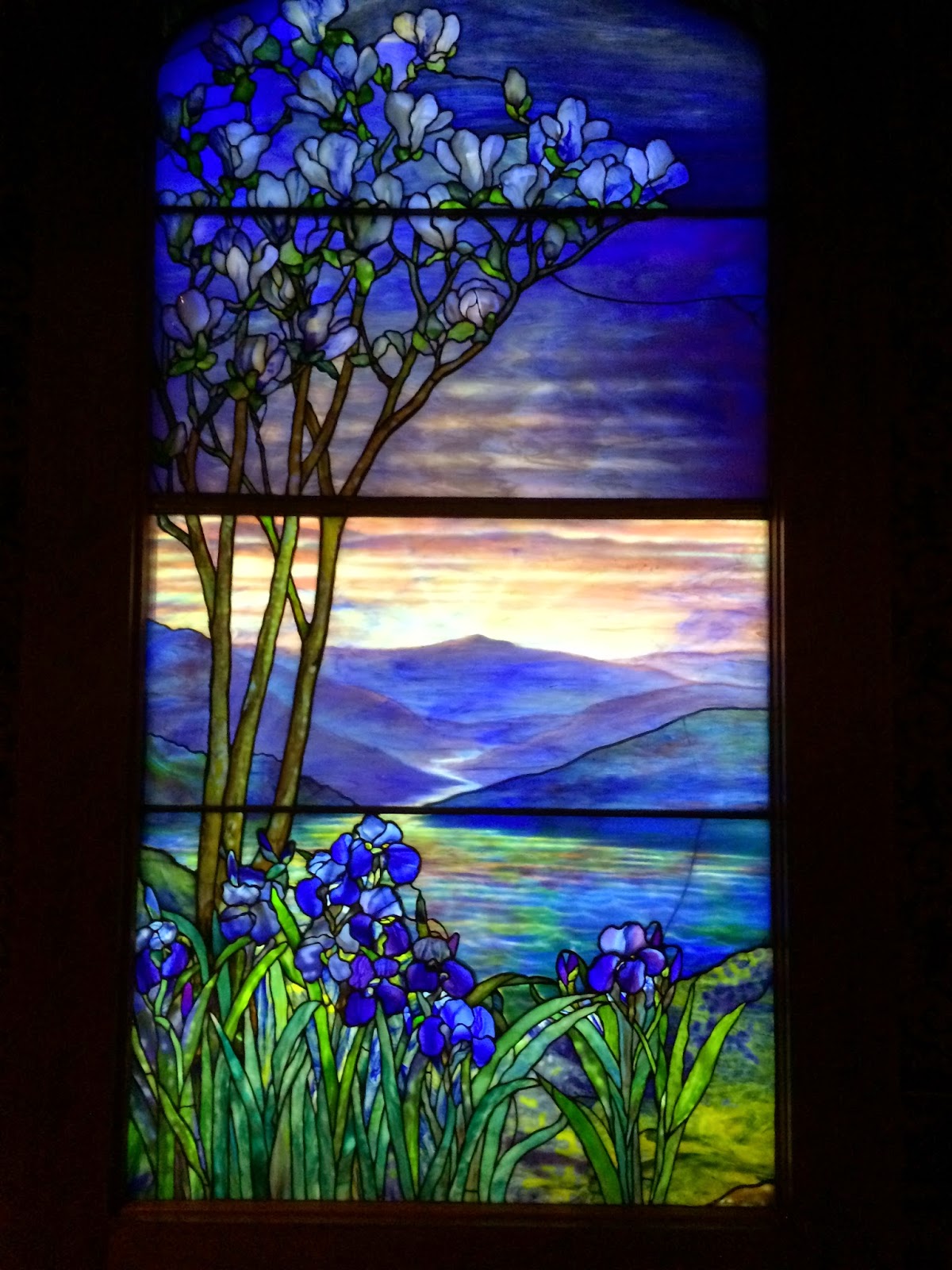 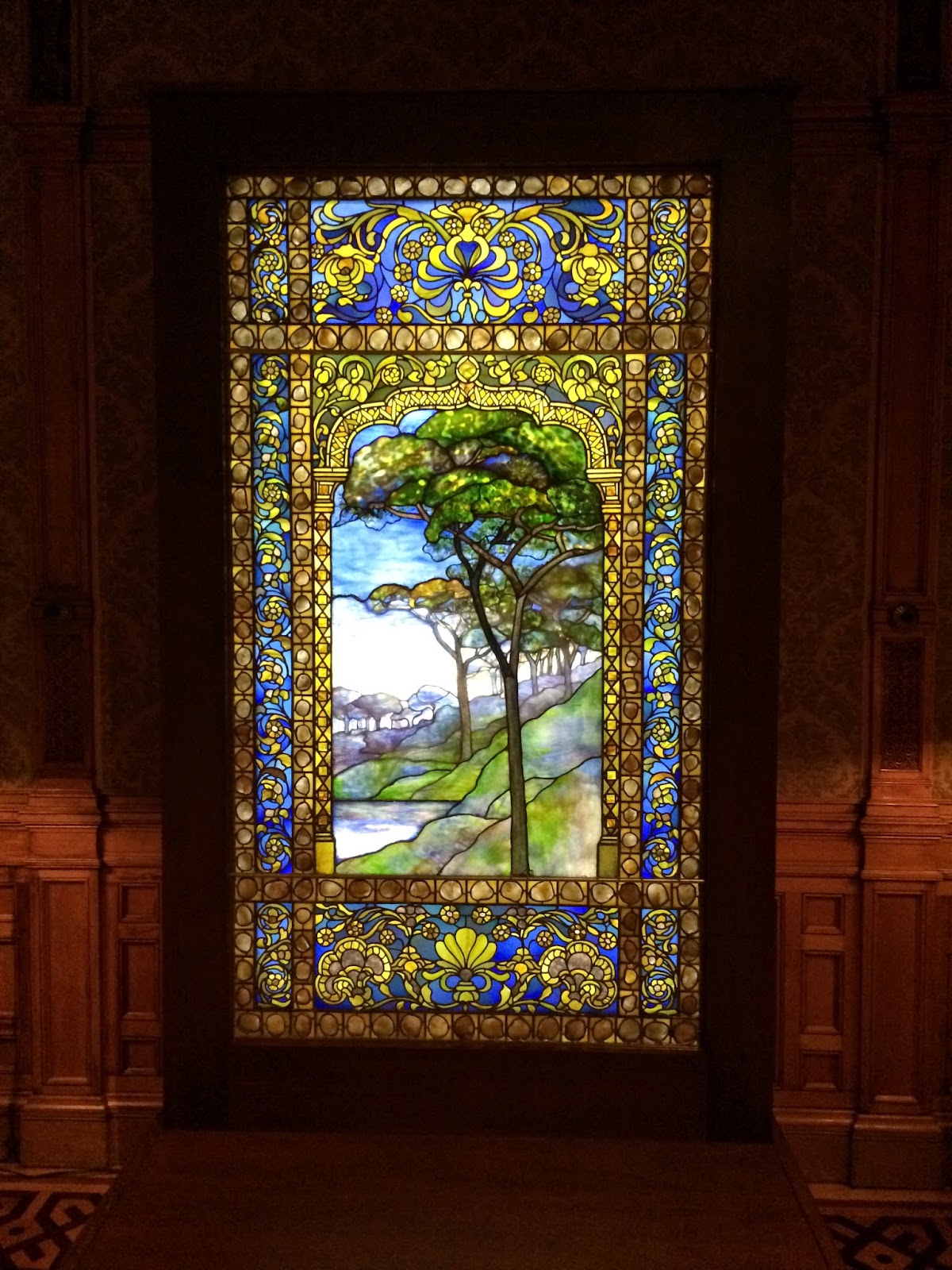 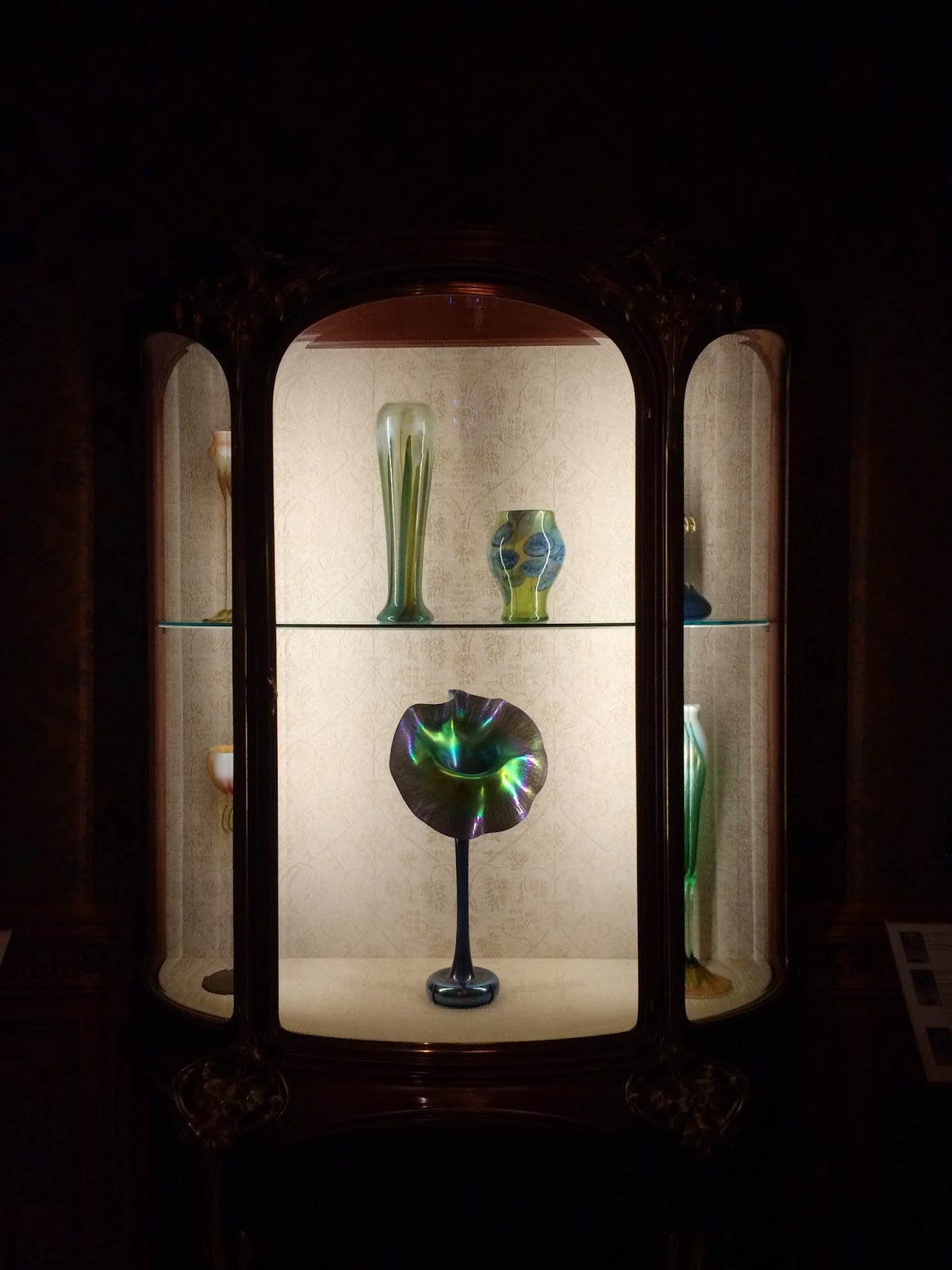 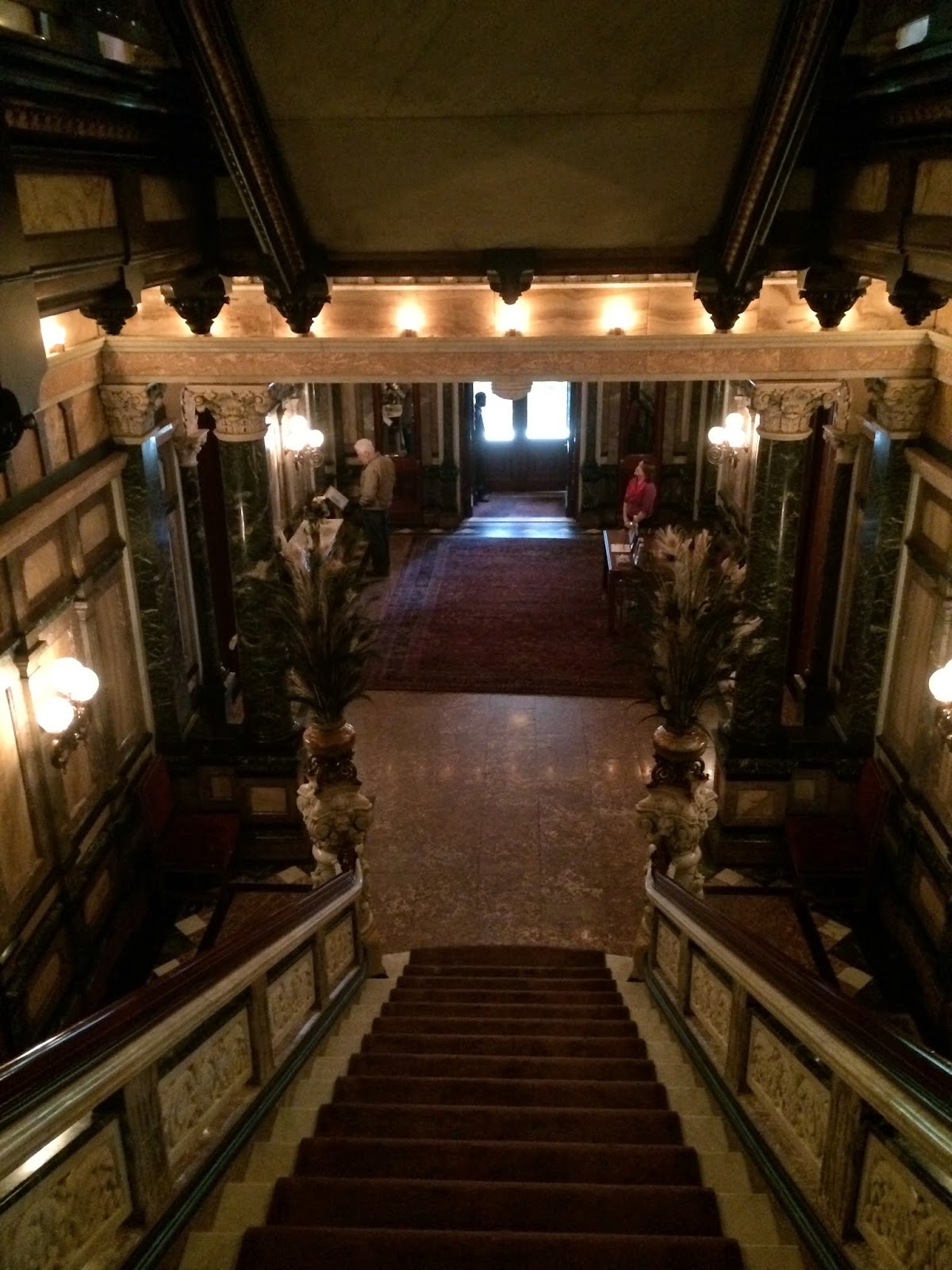 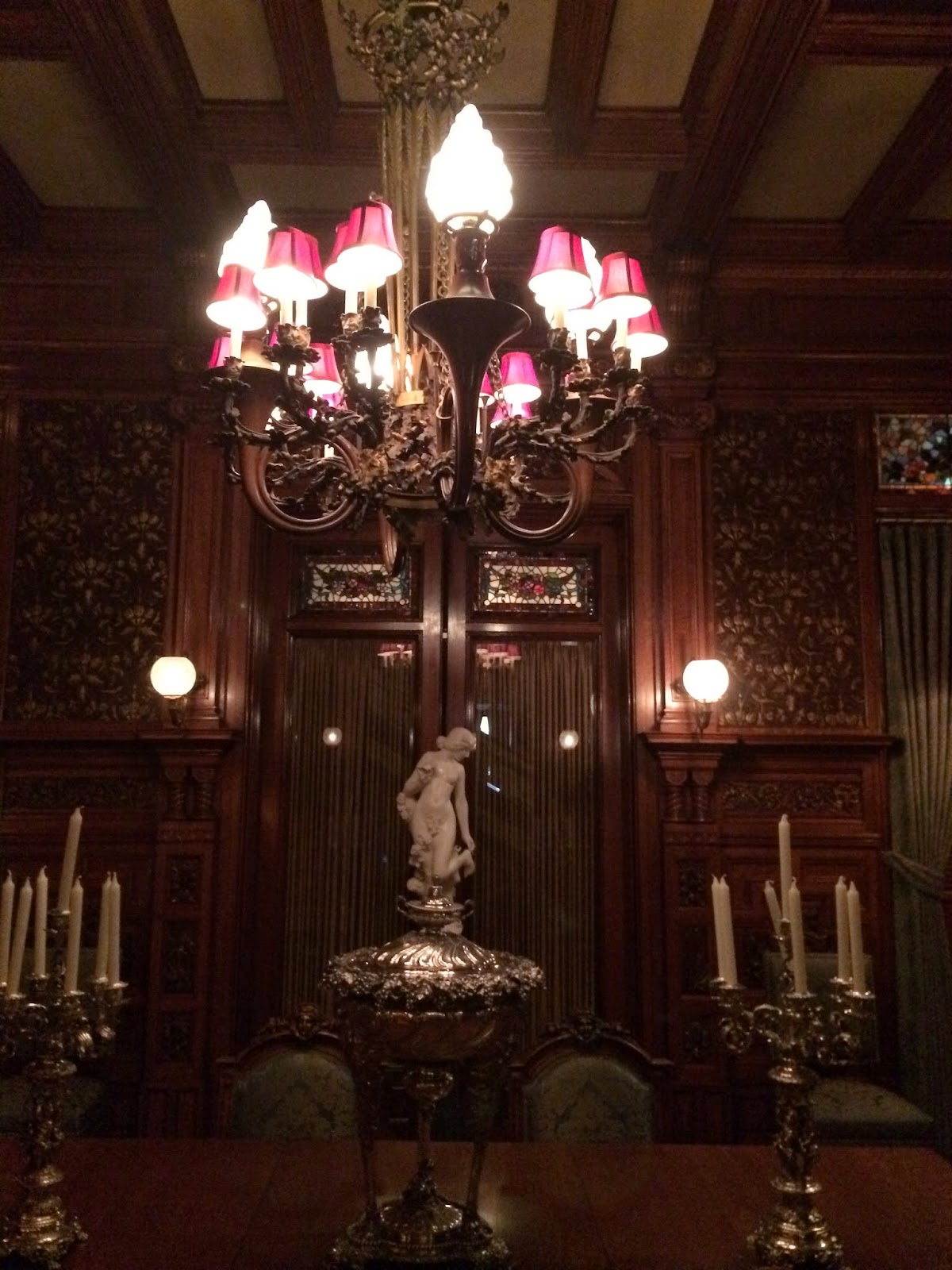 Hidden doors in the dining room allowed servants to pass from the kitchen or the parlor without intruding on the public space reserved for guests. 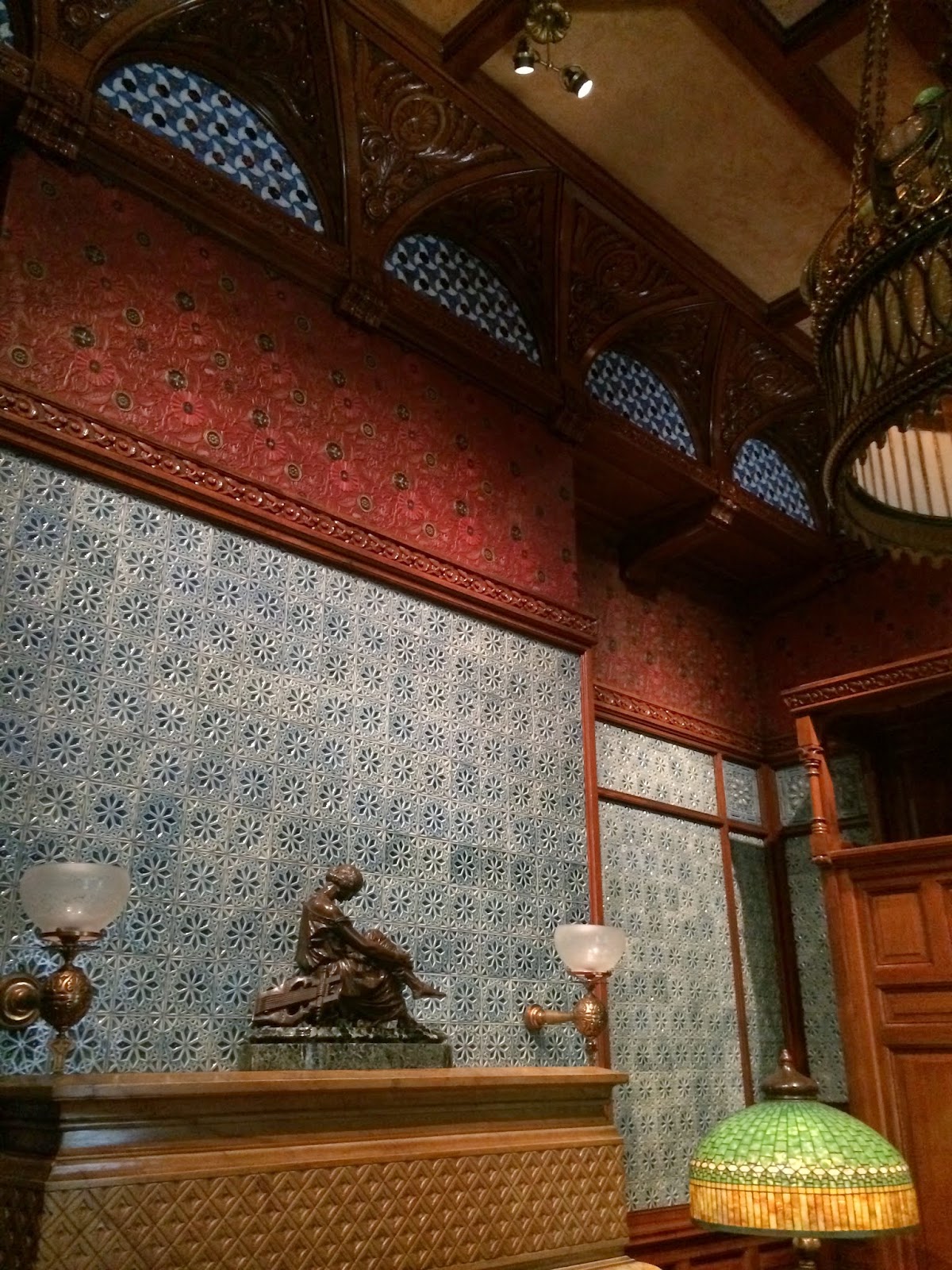 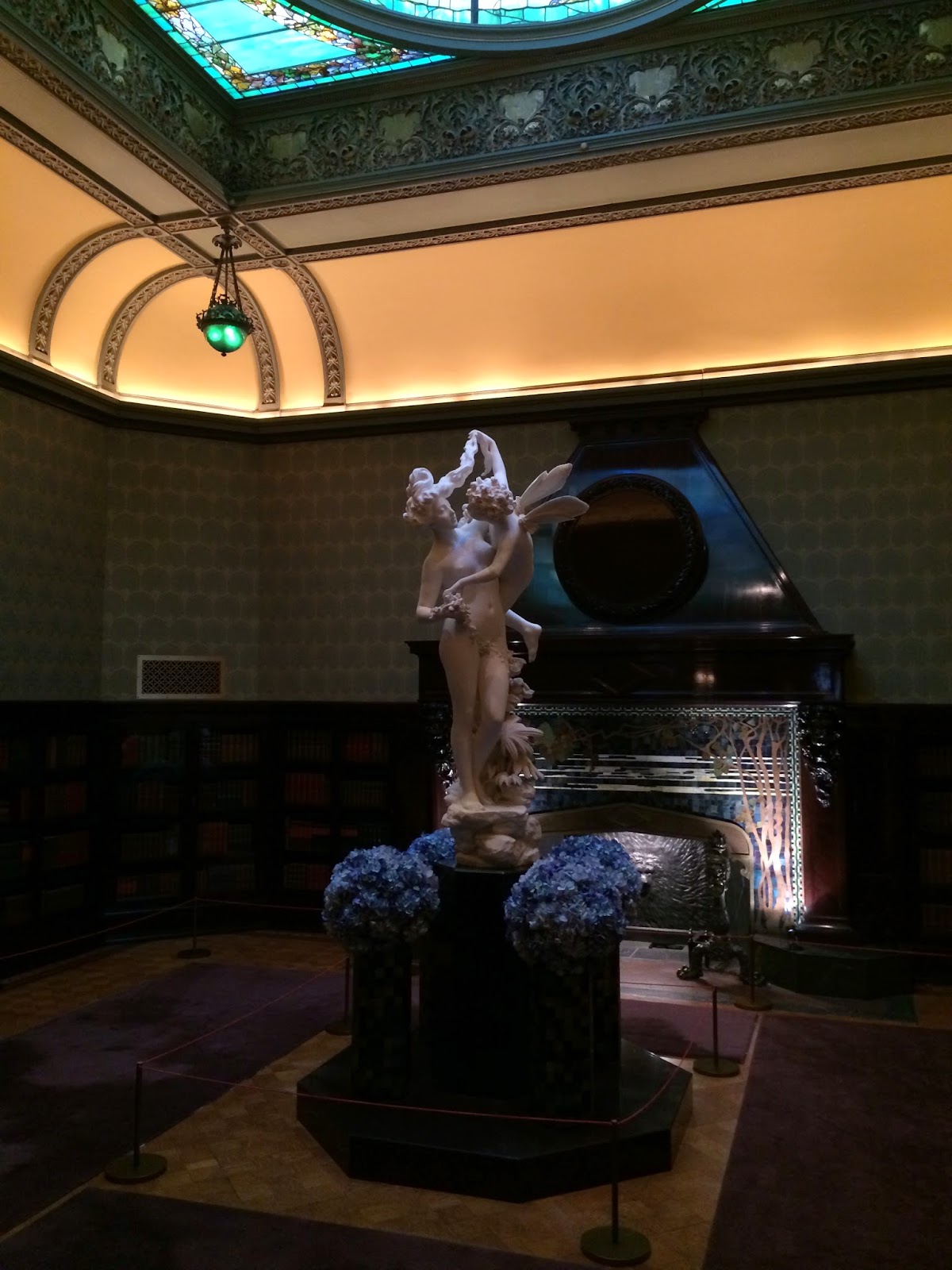 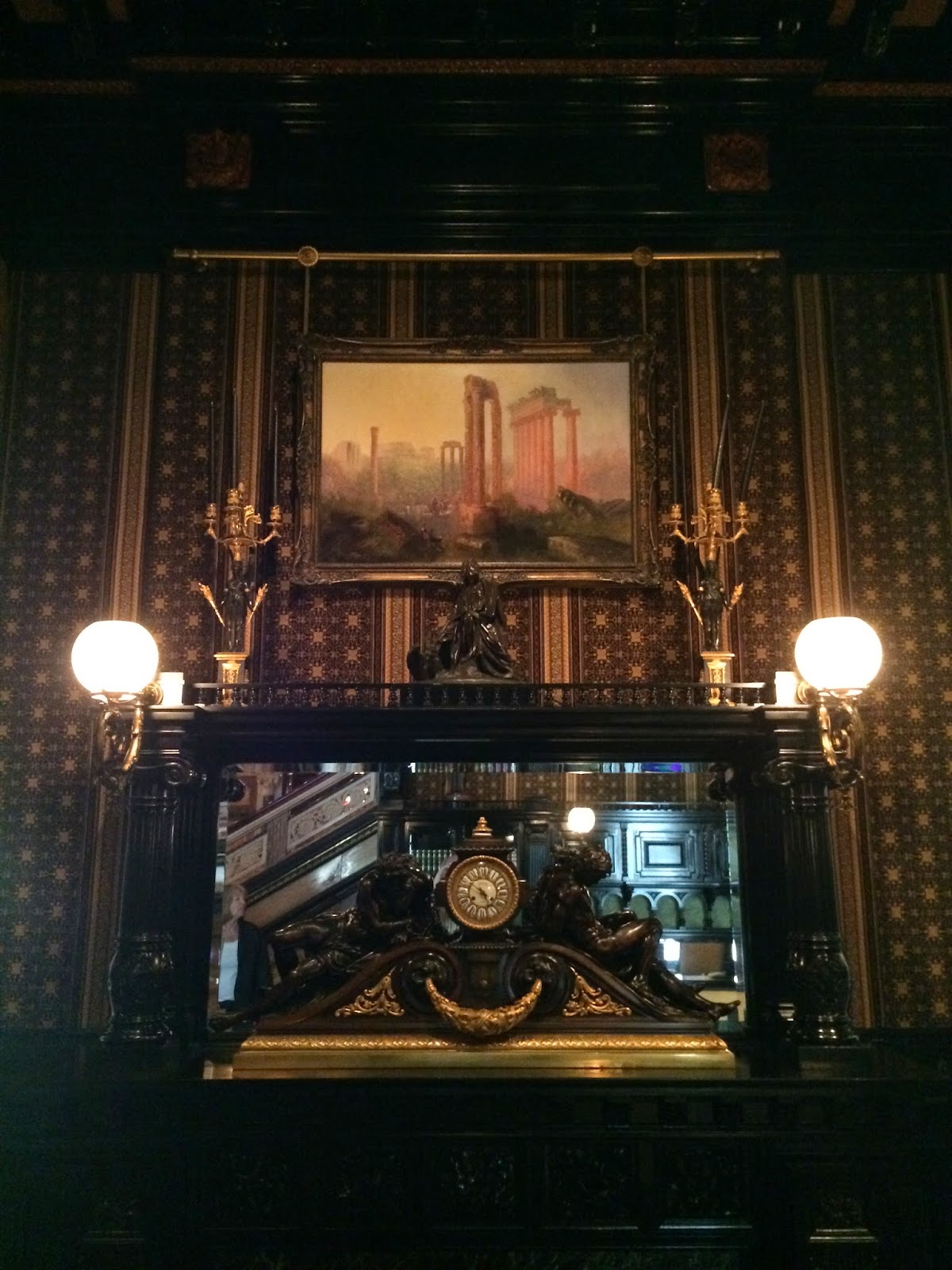 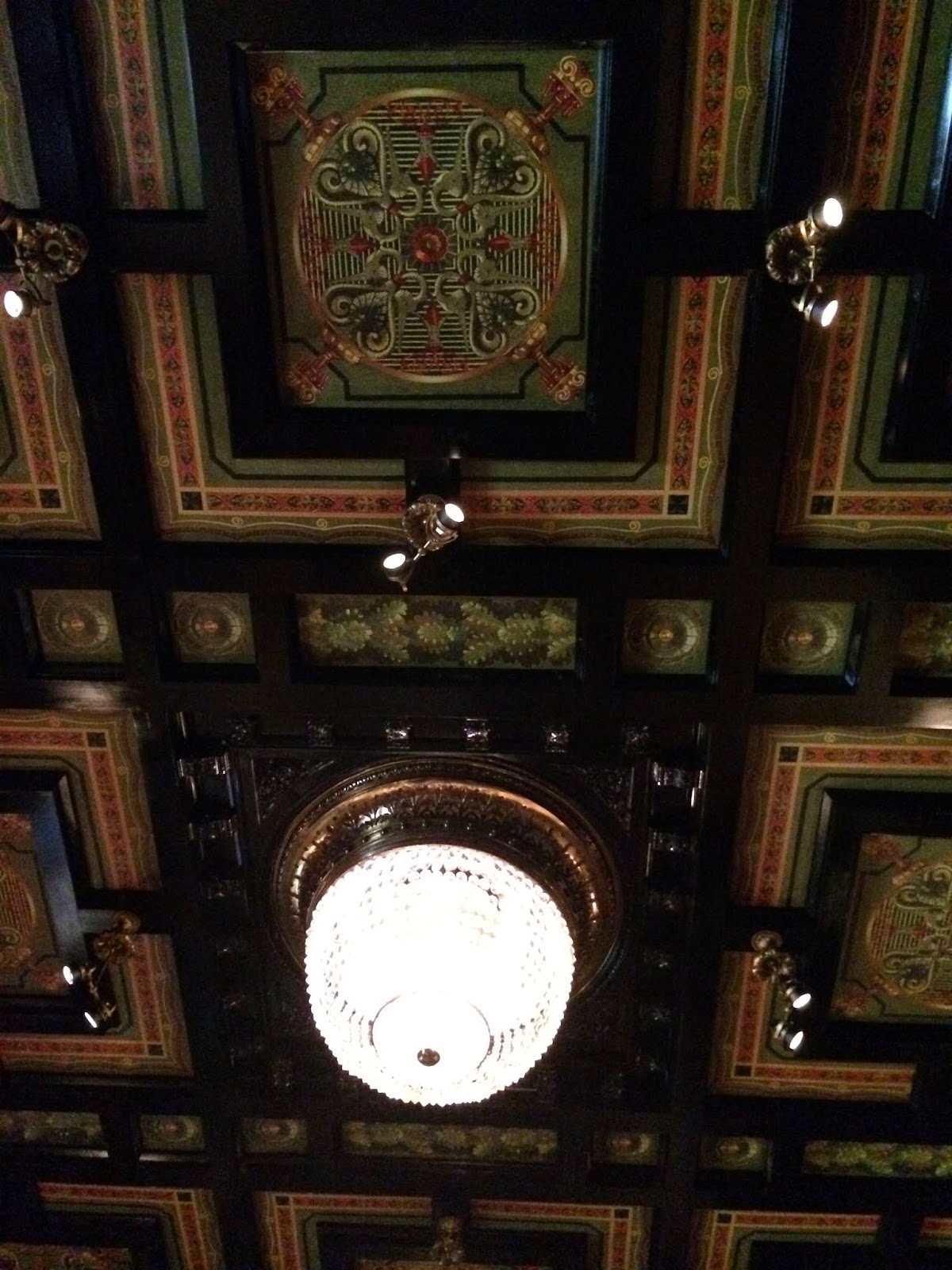 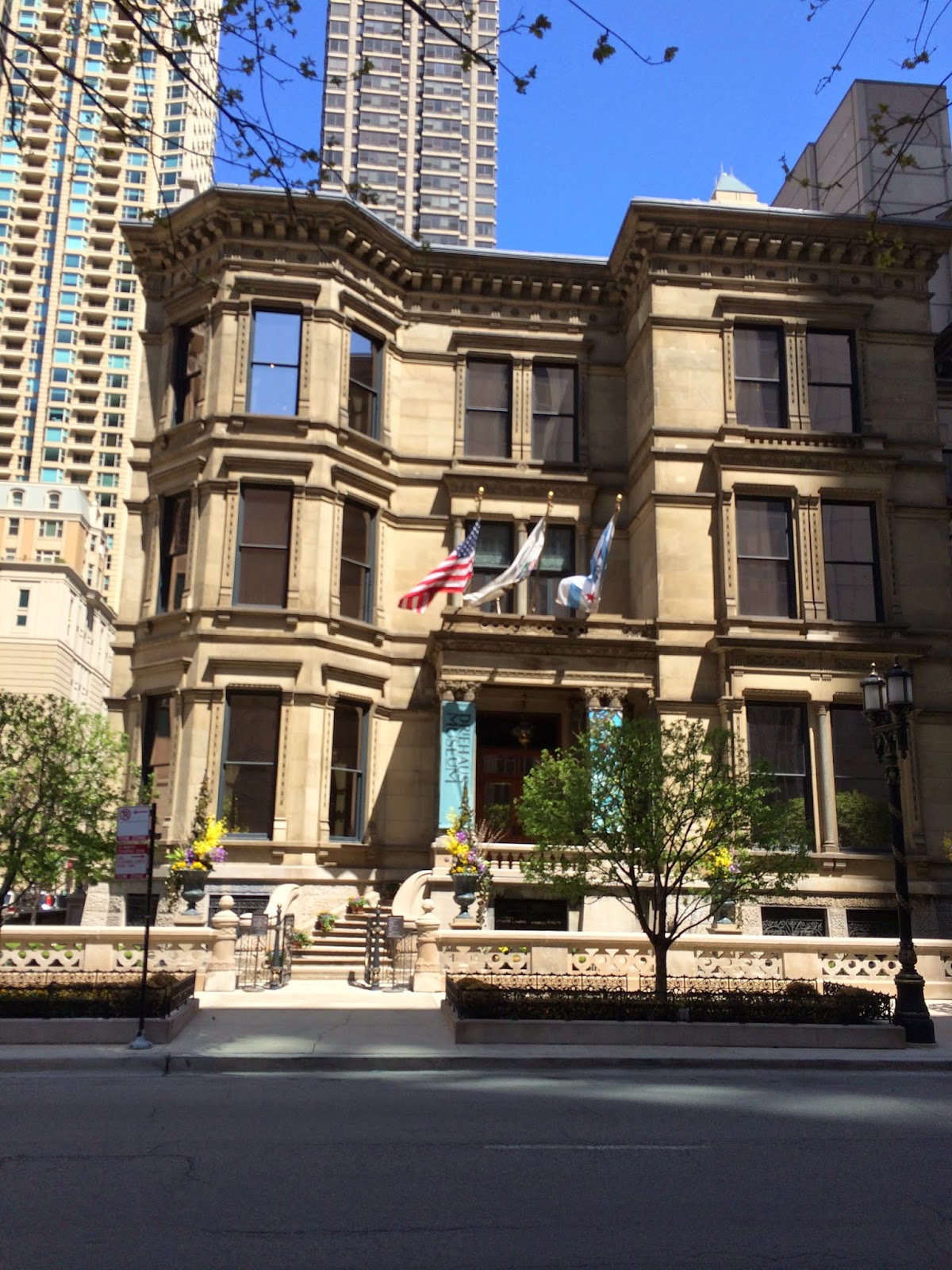 Exterior of the Mansion
Posted by Top Times Travel at 1:00 PM