Evora, World Heritage Site and a Chapel of Bones

Our exceptional driver/guide, Sergio (Sergio.signtours@iol.pt) drove us from Lisbon to the small, provincial capital of Evora, unique for its range of architectural styles and sheer number of monuments.  Roman ruins remain, as does evidence of Moorish-inspired architecture.  We stayed at the Convento do Espinheiro & Spa a few miles outside of town and housed in a 15th-century convent.


We lunched at a nicely appointed, and excellent, traditional Portuguese restaurant, the Fialho.  Over a bottle of red wine, we dined on black pork and hare with rice.  Thus fortified for our walking tour, we visited the Church of St. Francis and its morbidly fascinating Chapel of Bones.  The pillars, the walls, the ceiling arches are all lined with skeleton bones and several grim skulls.  A sign above the entrance intones: Our Bones that Stay Here are Waiting for Yours!   If not uplifting, it is certainly a sobering experience. 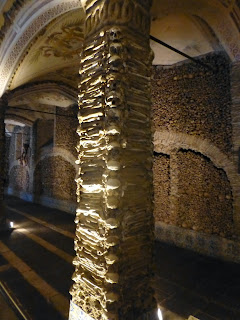 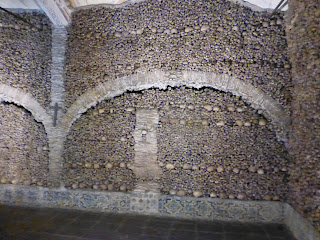 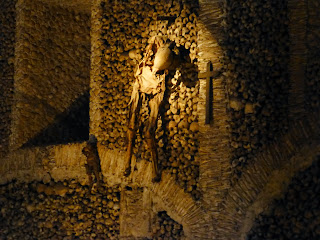 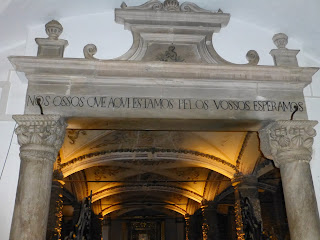 The Temple of Diana, with 14 granite columns topped by marble capitals, is another of Evora's interesting sites.  Erected in the 1st or 2nd century, it is a beautiful relic that is often referred to as the 'Roman Temple' because it cannot be proven that it was actually dedicated to the goddess.  To view it is somewhat jarring, as it is juxtaposed against buildings constructed centuries later. 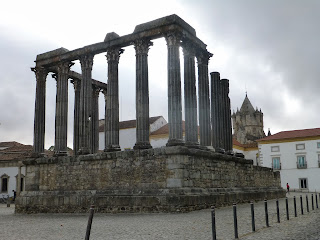 Not to be missed is the nearby Church of St. John the Evangelist with brightly tiled walls that are striking.  A ghoulish touch is provided by a below-ground cistern that is lined with bones removed from tombs. 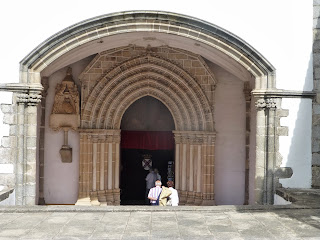 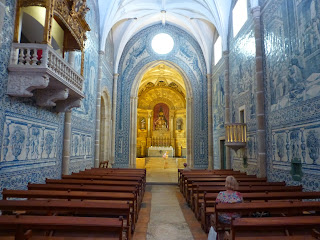 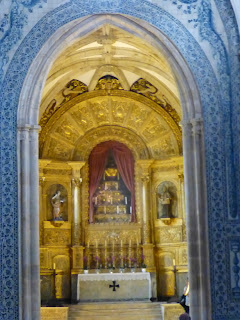 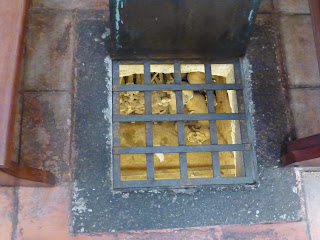 Finally, the vast Cathedral, constructed around 1200 A.D., is interesting.  The main alter is crafted from pink, white, and black marble.  On reliquary is said to contain a piece of wood from the cross upon which Jesus was crucified.  The first Japanese emissaries to tour Europe visited the Cathedral. 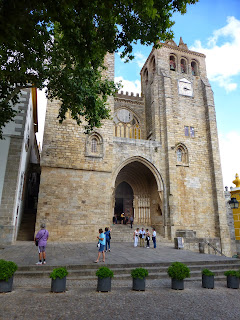 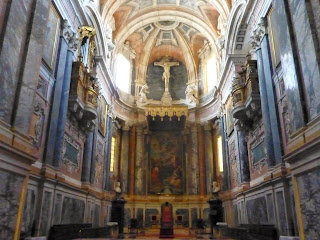 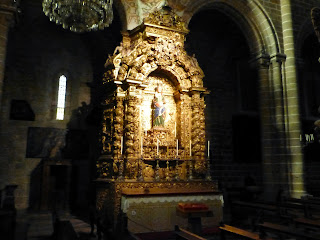 The Convento do Espinheiro is architecturally striking in its own right.  The sanctuary is a gem, with fixtures of gold and walls decorated with gleaming blue and white tiles.  A statute of Jesus is interesting because of its history.  During a French invasion, the French soldiers became irate when the monks were not sufficiently generous in offering food and drink.  Some of the soldiers cut the beard of Jesus.  Enraged, the monks shaved the beard completely off and vowed to leave Jesus clean-shaven as testament to the heresy committed by the French soldiers.  Today, the statute remains one of the few depictions of Jesus without a beard. 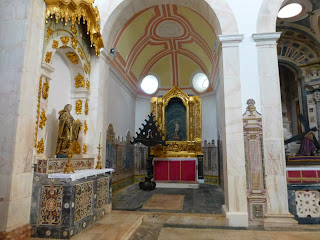 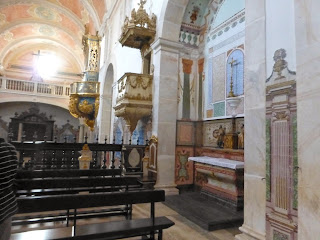 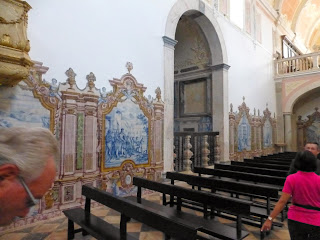 Following a wine tasting in the Convento's cellar, our dinner was in its sprawling restaurant accented by a series of white arches.  In subdued light, we dined on sliced duck breast with pumpkin, a sea soup of shrimp and scallops, and oven-roasted lamb with celery root puree, sweet potatoes mash, and sautéed wild mushrooms.  Oh, and a fine Portuguese red, a 2009 Herdade dos Grous Reserva.  Lots of it. 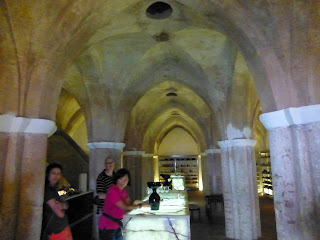 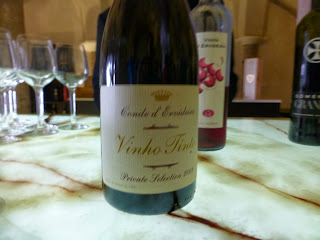 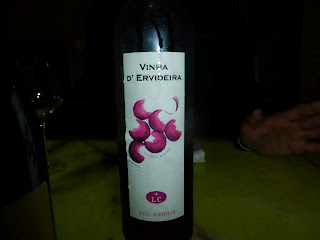 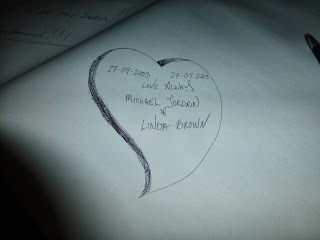 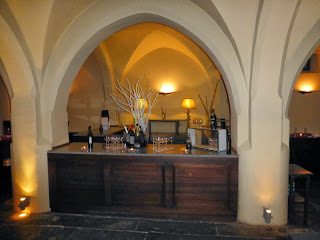