Construction of the pink rococo Palacio Nacional de Queluz, referred to by some as the Portuguese Versailles, was commenced in 1747 as the summer residence of King Pedro III.  During the French invasions of the 18th century, the Royal Court was transferred to Brazil and most of the Palace's furnishings were shipped to South America.  Accordingly, much of the Palace today is sparsely furnished.  However, the Royal quarters are splendid, particularly the Don Quixote Chamber, where Don Pedro was born and, following his return from Brazil, passed away.  Beautiful tile work is evident and the wooden parquet flooring and ornate, inlaid furniture pieces are stunning.  Many foreign dignitaries have stayed at the Palace when visiting Portugal. The expansive gardens, complete with a canal bordered by colorful tile work, are definitely worth a stroll. 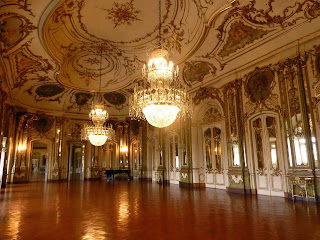 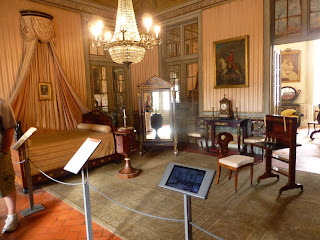 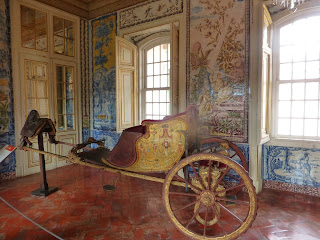 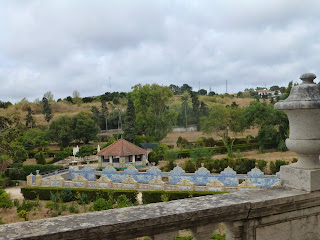 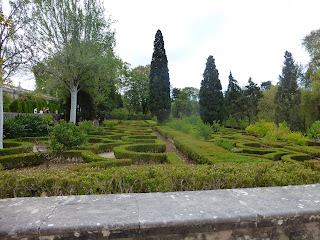 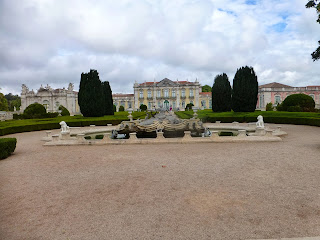 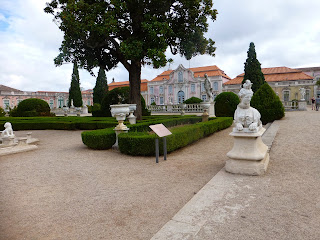 Lord Byron referred to Sintra as a "glorious Eden" in 1809.  Today, although mobbed by tourists, its charm remains.  A picturesque mountain village, the views from Sintra are beautiful, encompassing lush valleys and luxurious villas that sprawl toward the Atlantic coast.  The panoramic vista from the balcony of the Palacio Nacional de Sintra is striking.

Seemingly balanced on the mountain peak that looms above the village is the Palacio Nacional de Pena.  This fantastical structure's last royal occupant was Queen Amelia, who fled in 1910 when it was clear that the Portuguese monarchy was collapsing.  We were unable to visit the Palace due to Linda's loathing of heights.  However, we understand that the Palace retains the personal effects of the Queen and therefore provides a rare glimpse of royal life in the days preceding WWI, similar to the Hapsburgs' Konopiste Castle near Prague (see post of April 12, 2011).


Numerous palaces dot the verdant landscape and we visited Quinta da Regaleira, summer home of Carvalho Monteiro.  Monteiro, an attorney, inherited vast wealth from his parents, who had made their fortune in the Brazilian coffee industry.  Monteiro eventually lost his fortune, but not until he completed his imaginative palace in 1912.  The elaborate structure passed through several hands until it was acquired by the municipality of Sintra in 1997, restored, and opened to the public.  The design is what I will label an exuberant manueline style, with an abundance of spires, turrets, and gargoyles. Some of the interior ceilings are chestnut, intricately carved and fanciful. 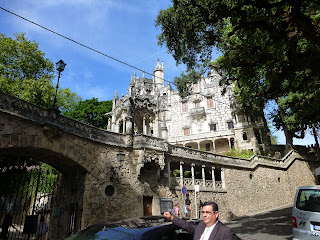 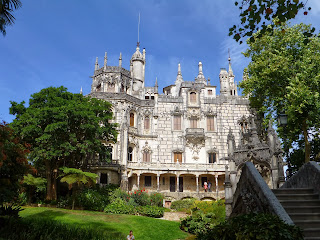 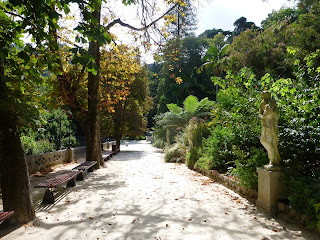 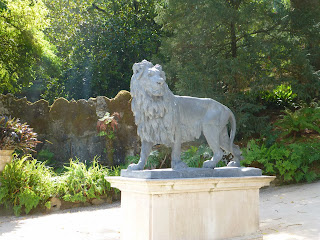 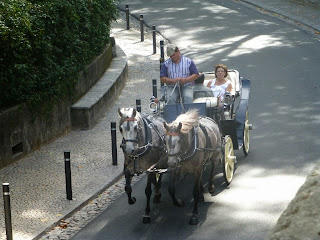 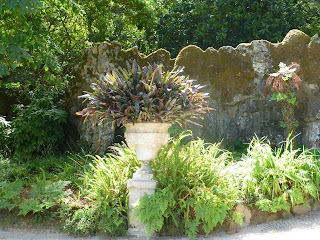 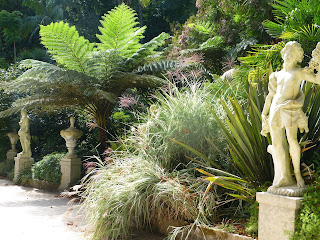 Just as striking are the mystical gardens, intended by Monteiro to reflect our quest for a superior Being, and there are numerous references to mythological characters, authors such as Dante and Virgil, and the Templars.  The gardens are immense, containing stands of chestnut and sequoia, elaborate fountains, and meandering grottos.  An "initiate well" supposedly relates to the Templars and is accessible via an ornate, spiral staircase that descends 27 meters.  At the base, a tunnel connects the well with the palace itself.

From Sintra, we traveled to the coastal village of Estoril and sweeping views of the broad, white sand beaches.  The area is gorgeous and it is easy to understand why, as the Nazis marched across Europe, many royal families fled to Estoril to ride out the war in neutral Portugal.  We lunched at a small restaurant overlooking the ocean and enjoyed fresh oysters, grilled lobster, seafood with rice, and stuffed spider crab.  The seafood dish was nothing like paella and consisted of an array of seafood mixed with white rice and a rich, red sauce.  Our meal was accompanied by a light and fruity vinho verde, or green wine, made from grapes that are picked when young. 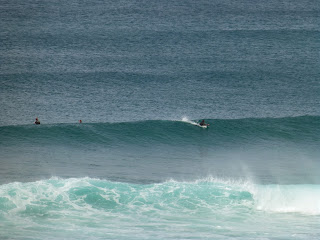 We ended our tour in Cascais, a town dominated by an imposing 17th-century fort on the waterfront.  The small harbor sparkles with the brightly painted hulls of numerous fishing boats, testament to the fact that Cascais has not lost its fishing heritage. 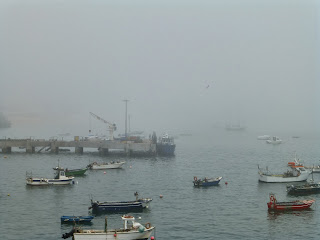 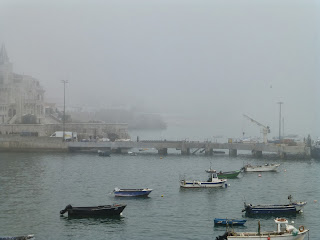 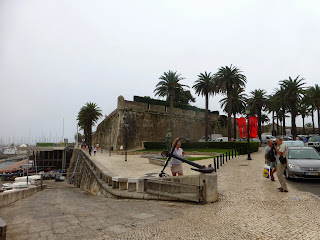