The Fabled Monuments of Belem

The historic heart of Lisbon is Belem, where the Tagus meets the sea.  From this point, Portugal's famed navigators--such as Vasco de Gama and Ferdinand Magellan--set sail into what was then labeled the "Sea of Darkness."  As astonishing riches flowed into the port, magnificent edifices were constructed in Belem.  Foremost amongst these is the striking Jeronimos Monastery.  Built to give thanks to the Virgin Mary for the successful voyage of Vasco de Gama to India, the Monastery is built in the flamboyant 'manueline' architectural style, named for the then-king, Manuel I, the Fortunate.  Manueline combines Gothic and Moorish architecture and imbues it with elements that reflect Portugal, such as boats and fishing nets.  While the exterior alone is striking, the Monastery was unfortunately closed the day of our visit and we were unable to visit the famed interior, which includes the famous Cloisters. 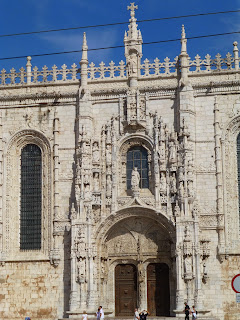 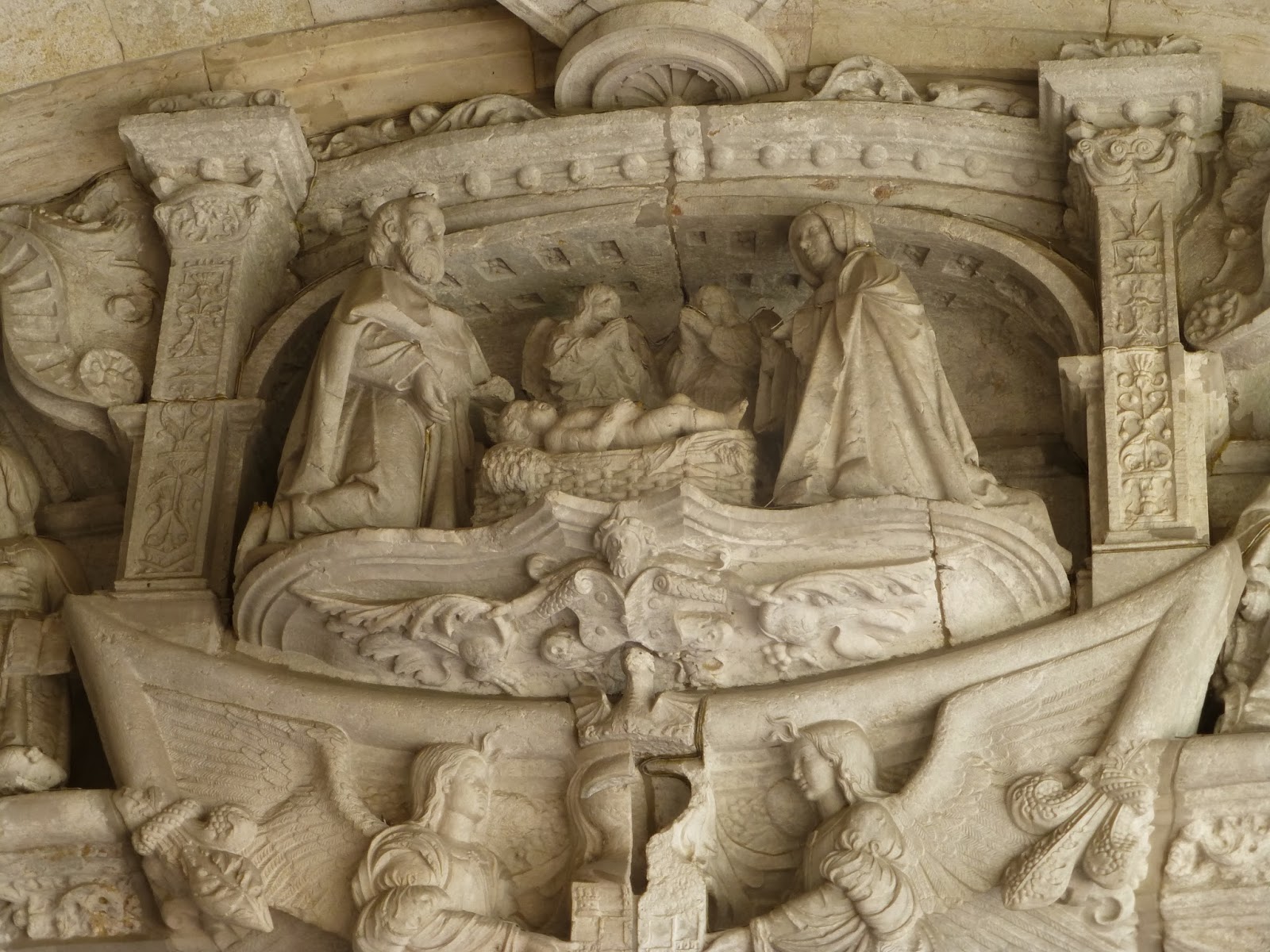 The Manueline-style Tower of Belem, perched right on the water's edge, was built in the 1500's as a monument to Portugal's Age of Discovery.  The monument's façade includes battered stone images of an elephant and a rhinoceros, both reputedly gifts to the Pope.  While the rhino drowned en route, the elephant survived.  These gifts faded into history until modern day excavations in Italy revealed mysterious bones that were tentatively identified as those of an unidentified dinosaur.  Only when researchers uncovered the legend of the Portuguese gifts did they understand that the bones were those of the elephant. 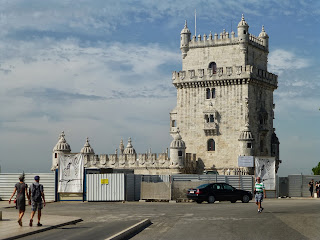 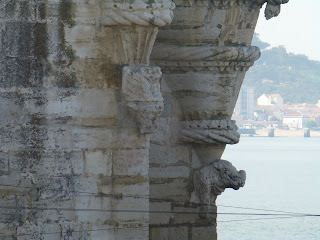 Unveiled in1960, the Monument to the Discoveries is a striking memorial built to resemble the prow of a ship and arches skyward on the riverbank of the Tagus.  Ramps on each side depict notable explorers from Portuguese history and, where the ramps merge, stands the figure of Henry the Navigator.  Henry, the third child of King John I and Phillipa, the sister of King Henry the IV of England, was noted for his role in developing the caravel, a ship that was much lighter and faster than other vessels then in use.  The only female depicted in the pantheon is Phillipa. 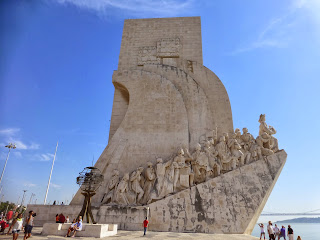 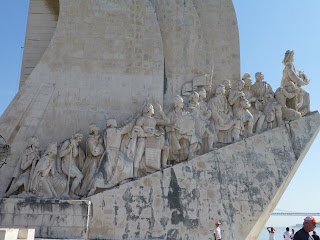 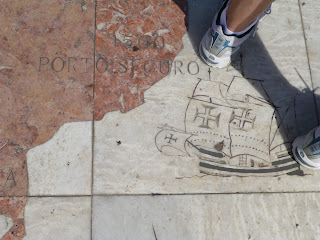 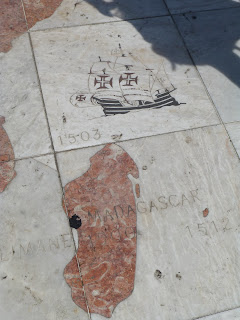 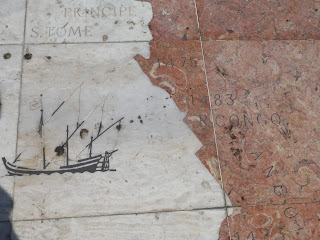 We visited the Pasteis de Belem, a pastry shop where the specialty is custard cream tarts.  They were supposedly developed in 1834, when the monasteries were closed and the clergy began selling sweets to support themselves.  Although we didn't sample any at the time, we strolled through the large and brightly-tiled shop rich with the aroma of custard and cinnamon.  As our tour drew to a close, we returned to the heart of Lisbon to rendezvous with our 'gastro guide' for an afternoon of eating and, hopefully, a little bit of drinking. 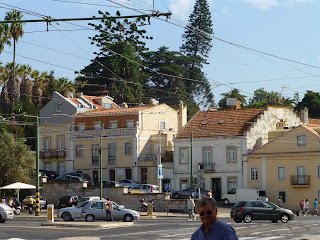 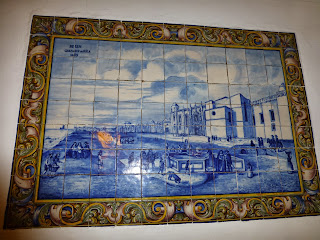