Porto, the Douro, and the Joy of Port

We drove into Porto accompanied by a hard, driving rain.  The Yeatman Hotel, our immediate destination, is on the bank of the Douro opposite the city, in an area called the Vila Nova de Gaia and home to most of the port wine industry sales outlets and warehouses. 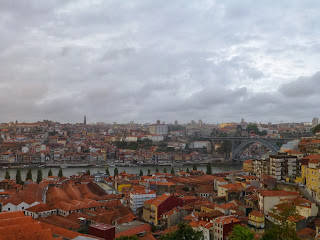 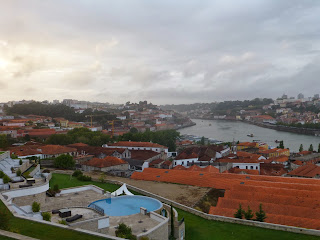 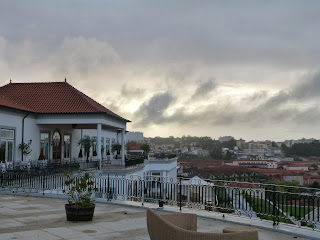 The Yeatman has all the amenities one could hope for: a sublime spa, a spacious patio overlooking Porto, a Michelin starred restaurant, and bright, airy rooms.  Each room is named for a port wine house and each house has some say as to how its room will be decorated.  We dined in the restaurant our first evening, in celebration of our anniversary, and the staff took exemplary care of us.  The eight-course chef's tasting was too tempting to pass, and the restaurant served us at least four additional--and delicious--courses, each paired with a suggested wine.  For an aperitif, our waiter thought that we might enjoy a dry, white port mixed with soda and a slice of lime.  He was right.


Highlights included a veal terrine with foie gras and lobster, smoked oysters with cream of mussels, mullet sautéed with slices of cuttlefish in a tomato and paprika sauce, a liquid yolk egg accompanied with asparagus and ham, and a rack and leg of suckling pig prepared in different styles.  Dessert was a medley of treats including cheese with tomato sorbet and gingered preserves, chocolate with coconut, and a papaya gelatin.  After dinner, we adjourned to the bar and tried an amarguinha con limao, a hazelnut-tasting liquor mixed with lemon--delicious.

We toured the city the next day and visited the Cathedral, with a stark, gray exterior decorated by tiles depicting the Song of Solomon.  The interior is not particularly remarkable, except for an altarpiece crafted of silver that rests in a mall chapel near the main alter. 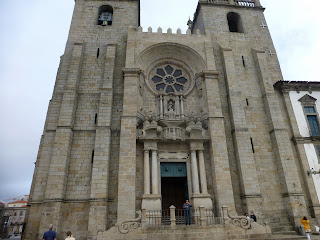 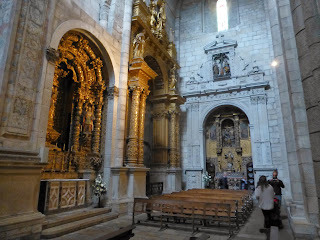 San Bento train station is supposedly one of the most beautiful in the world, and it's walls are graced by huge tiles depicting the development of transportation in Portugal.  Perhaps even more interesting from a design standpoint as the extraordinary Livraria Lello, a bookstore known for its intricate, Art Nouveau interior of iron and plasterwork.  Photographs, unfortunately, are not allowed. 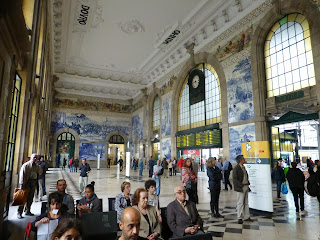 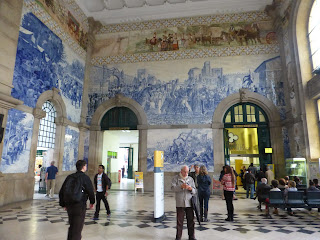 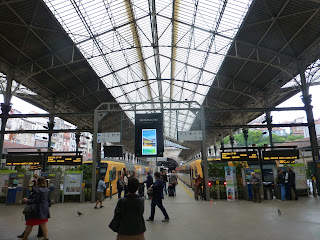 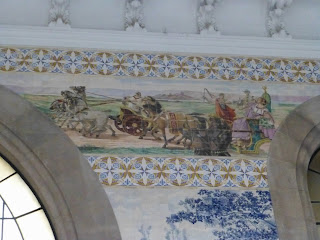 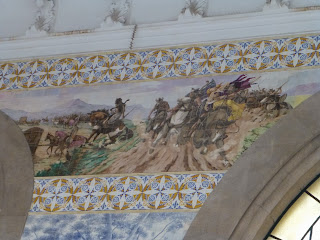 Lunch was at the O Escondidinho Restaurante, a beautifully tiled establishment with a large menu of traditional Portuguese dishes.  Some of the more memorable dishes included a seafood cream soup, codfish "de batas" prepared with scrambled eggs, onions, and macaroni, tripe with fava beans and bacon, and a dessert cake prepared by nuns and appropriately titled "Cake from Heaven."  Interestingly, Portos are known for their love of tripe.

We spent a portion of the afternoon at the Sandeman port-wine center learning about the different varieties of port and how they are made.  Most of the port houses were founded by Englishmen or Scots, and Sandeman--established by George Sandeman of Scotland in 1780--is no exception.  The iconic advertisement for Sandeman, the cape-clad Don, was created in 1928 and the artist sold the rights for less than thirty dollars.  We lingered in the stone-walled tasting room and enjoyed a fine product. 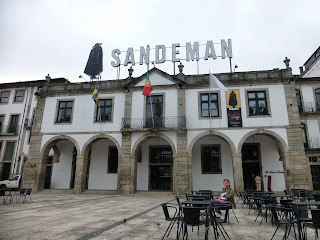 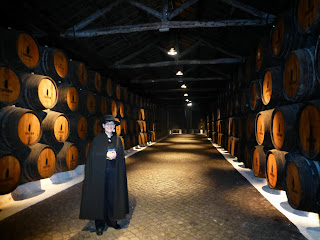 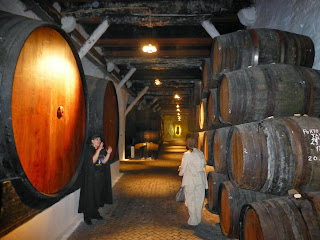 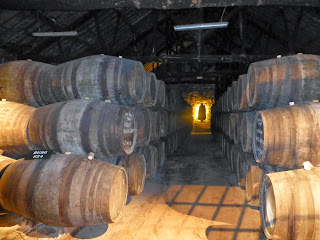 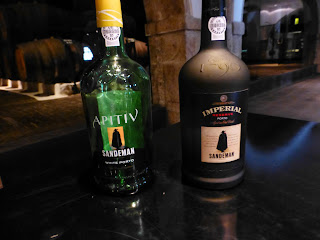 Another tribute to Portuguese culinary excellence was provided by our restaurant that evening, Pedro Lemos, another Michelin-starred establishment.  Although well off the beaten path, it was a handsome restaurant with a relaxed ambiance.  The quick-seared tuna loin was spectacular. 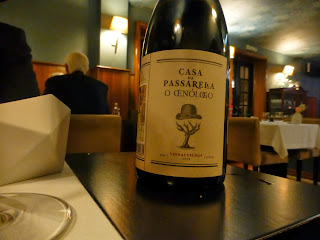 We had a nightcap at the Yeatman and, through the driving rain, watched the lights of Porto glimmer across the river and flicker in the mist. 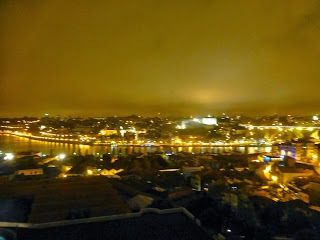