We left Cambodia to return to Thailand's Phuket island.  Seeing Phuket today, it is difficult to imagine the devastation of the 2004 Tsunami.  The island appears fully recovered, tourism is once again in full swing--and it is not difficult to understand why.  Phuket offers something for everyone, from the tranquility of high-end beach resorts and fine oceanfront dining to the raucous nightlife of Patong and cheap establishments for backpackers. 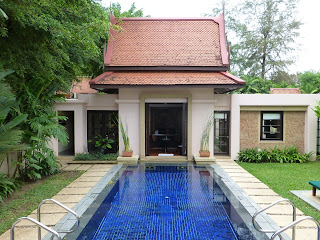 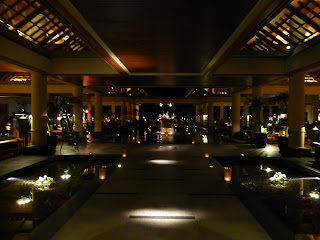 Main hall at the Banyan Tree 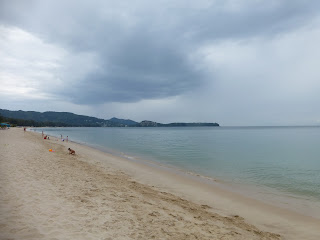 
One interesting aspect of Thai culture is the popularity of Muay Thai, or Thai boxing.  Using eight points of contact--fists, elbows, knees, and feet--the fighters square off while the audience bets not only on the outcome, but on each round.  The Muay Thai fights in Patong are clearly for the tourist crowd, but I attended fights in Bangkok as well, at Ratchadamnoen Stadium, and enjoyed the spectacle.  The fighters engage in pre-fight rituals, Thai music blares during each round, and runners scurry about taking wagers while the crowd cheers loudly at every solid blow. 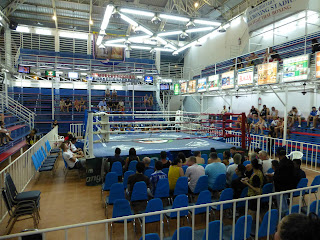 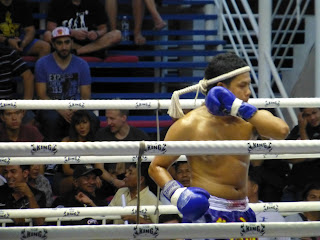 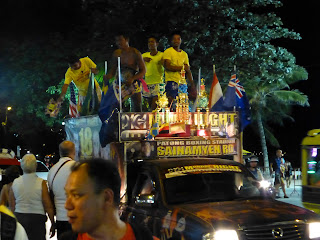 It is the stunning Andaman Sea, however, which is the real draw.  Particularly Phang Nga Bay.  Dotted with countless verdant limestone islands which trickle away to the horizon, a panoramic view is surreal.  One island, a setting for a climatic fight scene in The Man with the Golden Gun, is now known as "James Bond Island." 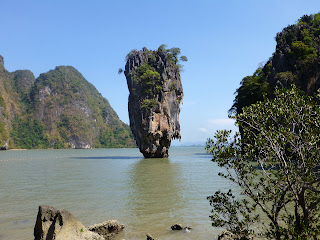 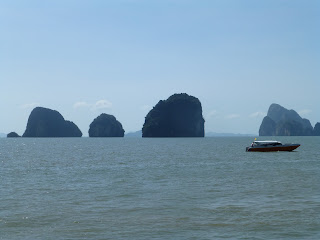 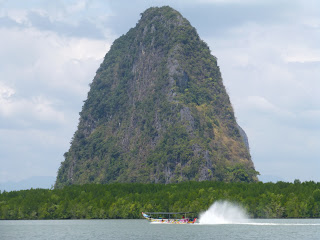 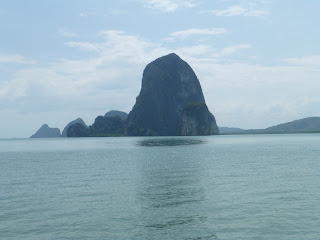 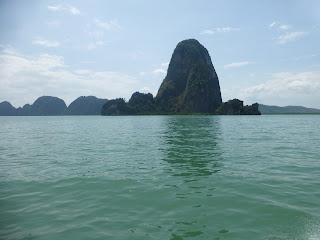 To view some of the limestone formations up close, a kayak trip through the mangroves is popular. 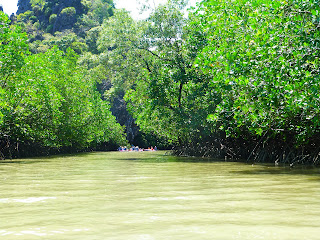 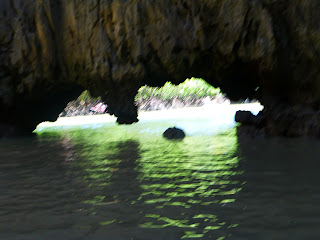 Patong is notorious for an active nightlife where drinks are cheap, music is loud, and women of the world's oldest profession are plentiful.  So, too, are lady-boys.  The center of the action is neon-illuminated Bangla Road. 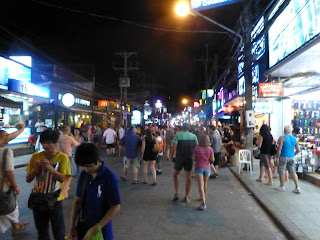 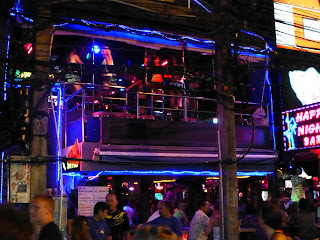 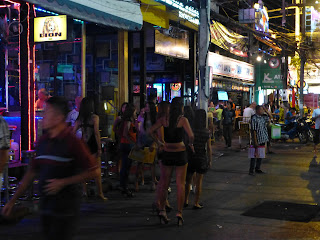 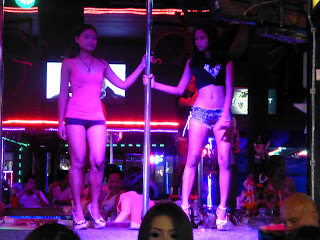 Posted by Top Times Travel at 3:08 AM