Cambodia: The Horror of the Khmer Rouge

One of the more gripping visits of the trip was a visit to Tuoi Sieng Museum, a high school that the Khmer Rouge converted into a "security prison"--in reality, a brutal torture chamber.  The stark rooms where people were taken to be interrogated and brutalized, before being executed at the notorious Killing Fields 14 miles outside of the Phnom Penh, are haunting.  The cramped brick chambers where prisoners were held while waiting to be tortured are appalling, but it was really disturbing to learn that the Khmer Rouge had figured out various ways to use the playground equipment as instruments of torture. 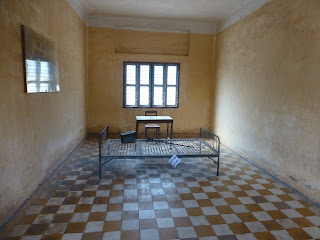 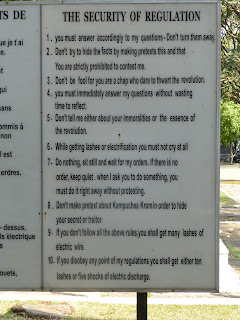 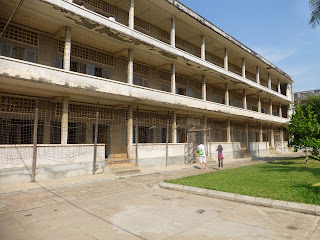 One of the school buildings 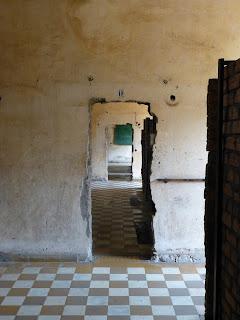 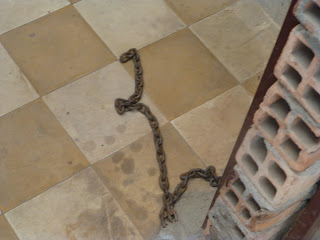 Restraint cemented into a cell floor
It is believed that two million people, or one-third of Cambodia's entire population at the time, was wiped out by the Khmer Rouge.  Specifically targeted were all professionals and educated people, and the loss of people with skills and education has undoubtedly hampered to this day Cambodia's capacity to develop.  On an optimistic note, the country seems committed to developing a strong educational system.

Meticulous record keepers, the victims of the Khmer Rouge are well known and there are rooms of photographs at Tuoi Sieng.  I had never seen eyes convey such an utter sense of hopelessness. 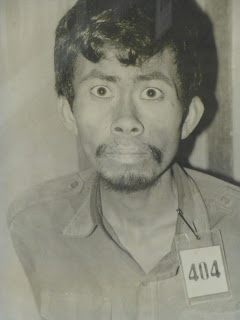 On a positive note, the hotel sponsored a Lion Dance the afternoon following my morning visit to Tuoi Seng and the sheer exuberance of the performers was uplifting. 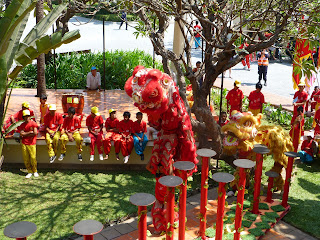 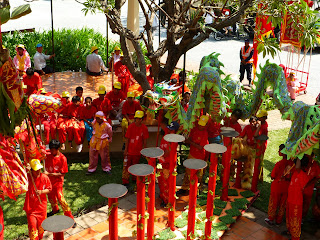 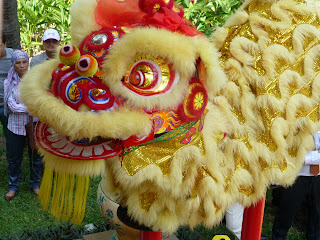