The Temples of Nikko 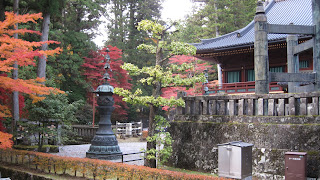 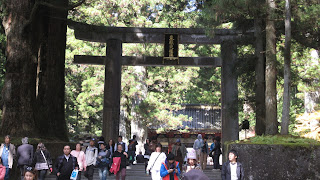 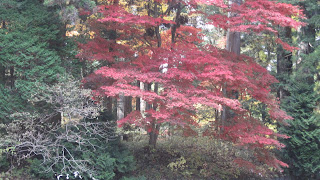 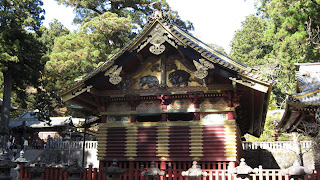 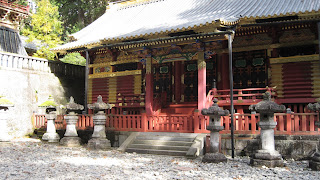 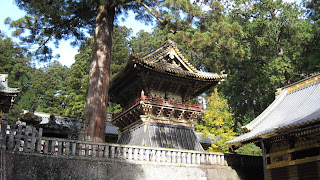 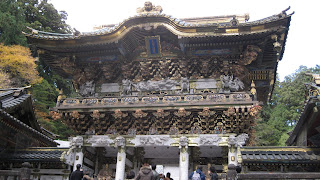 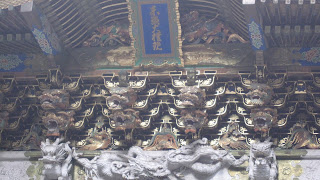 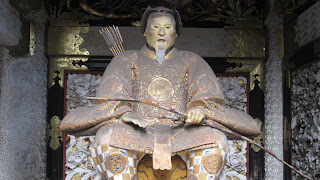 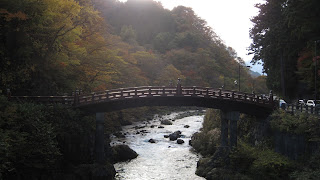 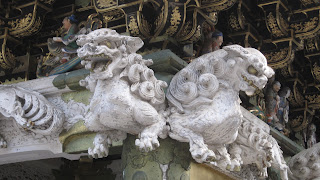 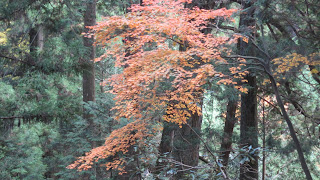 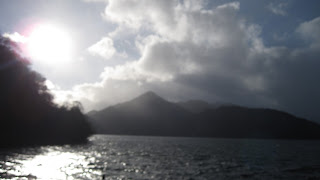 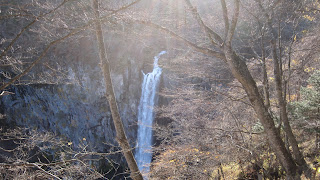 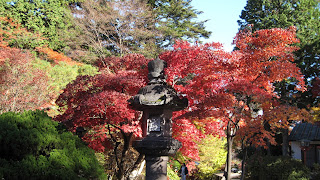 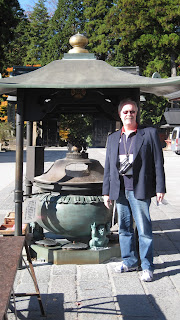 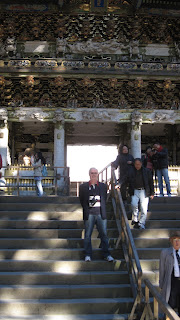 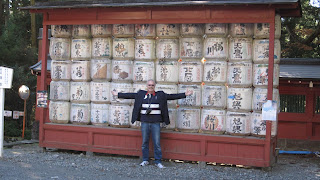 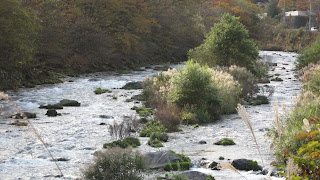 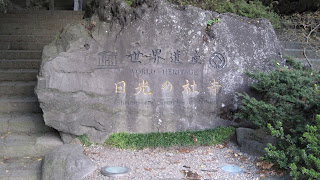 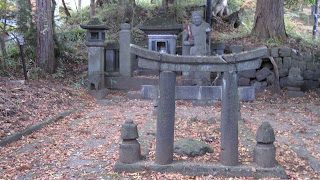 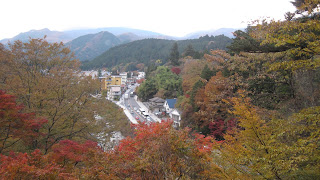 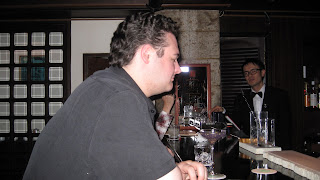 We opted for a tour bus to take in the many sites of Nikko, a few house drive north of Tokyo. Few trips have been so worth taking. Nikko was chosen as the location for the mausoleum of the powerful shogun Tokugawa Ieyasu following his death in 1616. His grandson subsequently engaged 15,000 craftsmen to work on the project and the result is, in a word, incredible. Three gigantic golden Buddhas, their gilt shimmering even in the shadows, are arranged side-by-side in the first mammoth temple, Rinno-ji. Their dark eyes seem to stare as visitors shuffle along the aged wooden floors.

Exiting the temple, a dirt and stone road slopes upward toward a towering stone torii that sweeps overhead. After passing a five-story pagoda, a bright spectacle of red and yellow and green, a set of stone steps end in a courtyard bounded by three elaborate storehouses and the sacred stables, or Shinkyusha. The stables are noteworthy for the series of bas-relief panels depicting a sequence of monkeys, which were believed to protect horses. One colorful panel has a trio of monkeys in the famous "Hear no evil, see no evil, speak no evil" pose.

Passing beneath a bronze torii, it is impossible to tear one's eyes away from one of the most dazzling structures I've ever seen, the Yomeimon Gate of Sunlight. More than 400 carvings, an indescribable array of gape-mouthed dragons, serene lions, detailed flowers, and Chinese figures, adorn the ornate structure. A dull white coloring, derived from oyster shells, catches the light in a way that seems to make the Gate gleam. The detail is so extraordinary that one column was intentionally installed upside down to appease the gods, lest they take offense at the ostentatious display.

Hunter and I made the trek uphill, on a series of thick stone steps,to see the Shogun's austere shrine. We enjoyed the view as the leaves were changing color and the woods rippled with bright hues of red and yellow, a particularly attractive sight when we could glimpse the gold-trimmed roofs of the temple complex below.

Reluctantly, we left for a drive through Nikko National Park but were rewarded with some truly beautiful scenes. Lake Chuzenji-ko, reached after a drive up the mountain on a series of over twenty switchbacks, is a delightful resort lake popular with foreign embassy staffs. Nearby is the Kegon-no-Taki waterfall, which elegantly cascades more than three hundred feet over the dark walls of the cliff. We left the park, and more than twenty hairpin curves back down the mountain, to check in for the evening at the Kanaya Hotel. The venerable Kanaya was the first hotel in the area to host western visitors and is where General McArthur stayed when he visited Nikko during the occupation.

Near the hotel is the Shin-kyo, a graceful vermillion bridge crossing the Daiya-gawa River. With the mountain range sweeping skyward in the distance, the scene really is the stuff of postcards. We enjoyed a traditional Japanese dinner that evening, a kaiseki, where we set on cushions atop tatami mats at a restaurant called Gyoshin-Tei. The establishment had no sign, and we initially thought that we had arrived at a private residence. We were warmly greeted, however, by kimono-clad waitresses and every delicious course was presented like a work of art on a platter.

We ended the evening back at the hotel and the clubby Dacite Bar, replete withndark wood, a stone floor and fireplace, and dim lighting. The talented bartender, nicknamed the 'Maestro' by Hunter, took good care of us and played Sinatra tunes on the bar's record player. Yes, record player and Sinatra. It was that kind of place.
shrine.
Posted by Top Times Travel at 3:19 PM