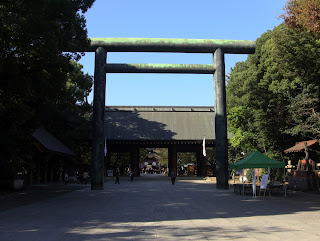 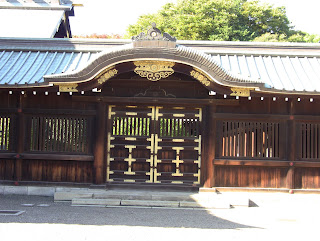 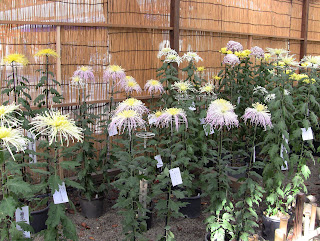 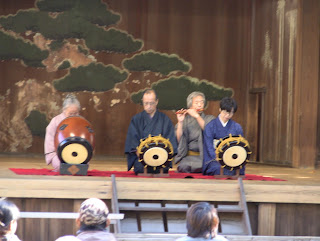 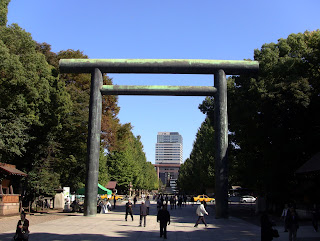 Tokyo is 13 hours ahead of Cleveland and the first day here was tough.   Rather than going to bed early, I decided to stay up until it was about 11:00 here and did it by walking around Shinjuko where the hotel, the Century Southern Tower, is located.  The area around Shinjuku train station is bursting with activity.  Huge shopping complexes are interwoven with a maze of twisting streets that are lined with an incredibly diverse array of shops, restaurants, and bars.  The streets pulsed with a cross-section of every type of Tokyo resident and one large, extremely tired American.

I finally retired and was up early to watch Tokyo awaken.  A bright sun broke over the gleaming skyscrapers as the streets filled with a teeming mass of people on their way to work.  What is incredible, however, is the sense of order the Japanese possess.   I have seen no one disregard a pedestrian crossing signal even if no cars are coming.  On escalators, everyone stands to the left to allow people in a hurry a clear shot up the right side.  In Osaka, I recall from a prior visit, the pattern is reversed for reasons to one can explain to me.

After a coffee and some people watching, I strolled into the Shinjuku Gyoen National Garden, a huge and idyllic expanse containing a French formal garden, a beautiful chrysanthemum display, a Japanese traditional garden, with teahouse, and other attractions.  I balanced this tranquil experience by walking through Kabukicho, an area known for cheap bars and a risque night life.  As it was not yet noon, the streets still reeked of what I will charitably describe as that sickly-sweet odor of Bourbon Street the morning after.  The bars are so closely packed together, and so small, it is hard to imagine what the streets are like on a raucous evening.  Most of the doorways seemed no more than six feet tall, at best.

Believe it or not, I have more trouble connecting my I-Pad to the internet in Japan than I had in Africa.  I have rented some computer time at an internet cafe to keep up with the blog and will try to continue posting on a regular basis, as well as adding photos when possible.  The other folks who are speaking with me at the Health Institute here are arriving today so my schedule will be more difficult to control.  I am off now for lunch, probably of buckwheat noodles, and will take some more notes for the next post.  This is such an incredible city, and country, that finding interesting things to write about should be a given.  That will be especially true if I am dragged into bad bars on dark nights with disturbing people--after my stepson, Hunter, arrives next week...We will see...
Posted by Top Times Travel at 7:58 PM