The Haunting Island of Delos

The now barren island of Delos, it's origins shrouded in mythology, welcomes visitors into a sheltered cove of impossibly blue sea.  Legend has it that the always lustful Zeus impregnated Leto and--surprise, surprise--angered his wife, Hera.  A vengeful Hera pursued Leto, declaring that no place on earth could offer her refuge.  Poseidon, taking pity on desperate Leto, offered the island of Delos to her and she subsequently gave birth to Artemis, goddess of the hunt, and to the sun-god Apollo.  While the lore of ages may seem fanciful today, there is no denying that Delos retains a magical, yet tragic, aura. 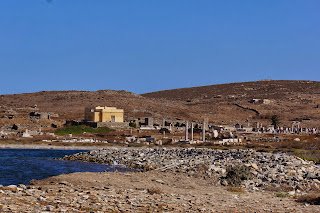 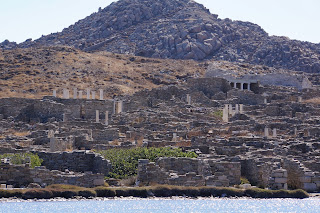 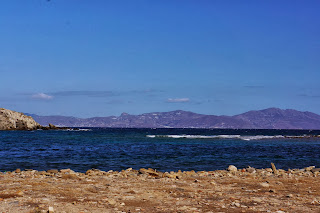 At its peak, more than 20,000 people inhabited Delos and, in addition to the Greeks, came from cultures as diverse as Egyptians, Syrians, and Jews.  Delos rose to prominence as the financial hub of the Mediterranean and erected monuments that reflected its power and glory.  It is possible today to stroll through narrow streets and alleys, a soaring theater, and broad avenues lines with multi-ton stones.  A mammoth stone pedestal, likely weighing in excess of thirty tons, once supported a huge statute of Apollo.  How those who constructed Delos were able to transport and position such gigantic stones remains a mystery on a par with Stonehenge (see post of 9/25/12). 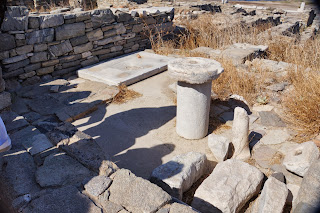 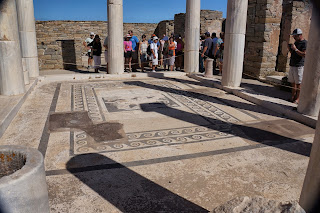 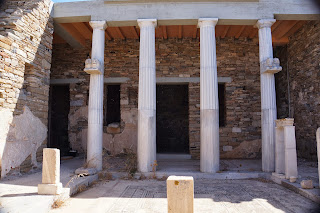 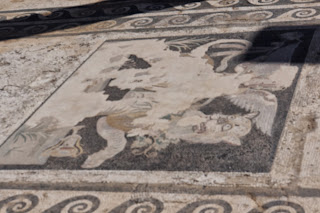 Beautiful mosaic, the original is in the museum 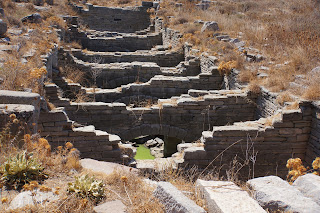 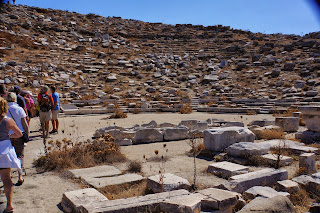 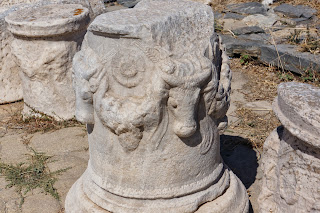 Due to inter-Greek warfare and pirate attacks, Delos was eventually abandoned.  Today, the once vibrant island is completely uninhabited.  Indeed, no trace of its human occupants remains.  Around 426 B.C. the Athenians cleansed Delos by declaring that no one would ever live there.  Further, all graves were exhumed and the remains unceremoniously carted away.  As one marvels at the poignant Terrace of the Lions, a series of sculpted lions gifted to Delos in the seventh century B.C., it is not difficult to imagine the ghosts of the disinterred flitting about between tumbled columns and gazing forever upon the endless, deep blue, sea. 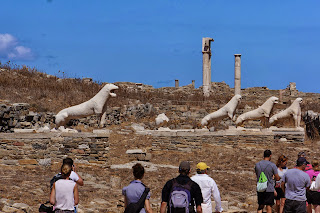 Terrace of the Lions 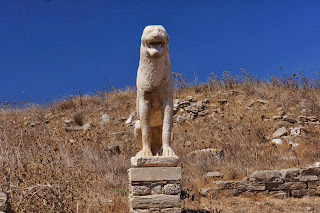 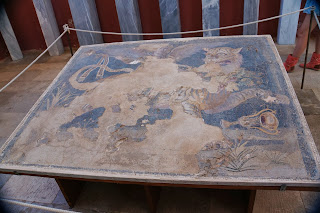 Mosaic from the Palace 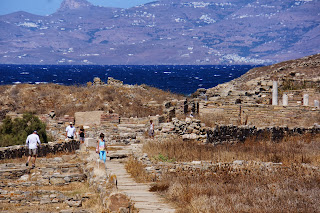 The island across the bay where the deceased were moved 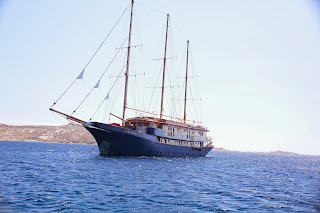 Back to the ship

Or, perhaps, the imagining of ghosts is due to the excessive vodka consumed the prior evening.  In either event, Delos is an unforgettable experience, ghosts or not.