The bustling metropolis of Athens, home to over four million souls, boasts an array of incredible sites.  One, however, alone warrants a visit to Greece: the Acropolis.  Looming over 500 feet above the city, the Acropolis most impressive structure is the iconic Parthenon, which seems to captivate the eye day and night.  I have never witnessed any single structure so dominate its setting, like a vibrant king ensconced in a lush throne and gazing down upon his enthralled subjects.  One is humbled in the face of such tragic beauty, the fallen columns and weathered façade bearing majestic witness to a glory now faded with the passage of time. 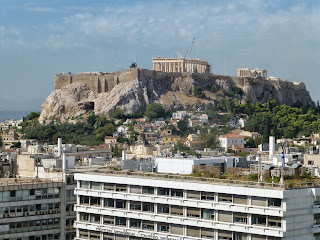 We stayed at the luxurious Grande Bretagne hotel, on Syntagma Square, and enjoyed our first few evenings off the boat.  During WWII, the hotel served as headquarters for the Greek military and, after the occupation, for the Nazis.  Today, with a rooftop pool, a fine restaurant with a view of the Acropolis, and a stellar bar, the Bretagne projects only tranquility.

On our first day, we strolled through the Plaka, stretching uphill from the base of the Acropolis, toward the summit.  We entered the Acropolis through the Beule Gate and followed our guide up marble steps through the Propylaea, a structure designed to instill the appropriate reverence in those crossing into the spiritual world.  The Propylaea fulfills its function to this day, its mammoth columns dramatically framing the majestic Parthenon. 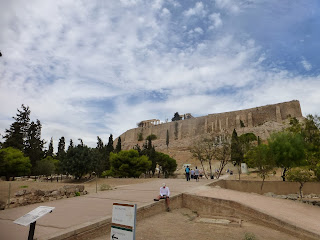 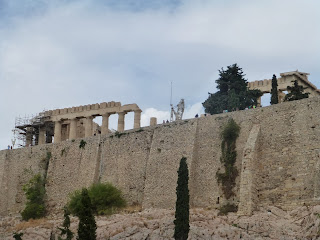 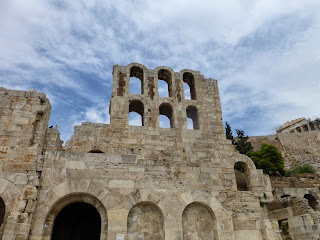 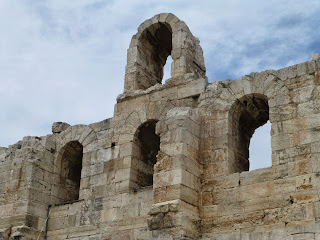 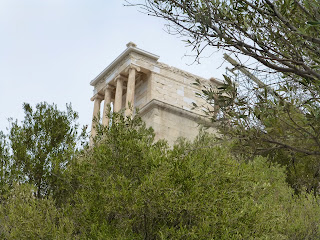 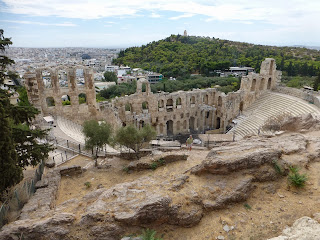 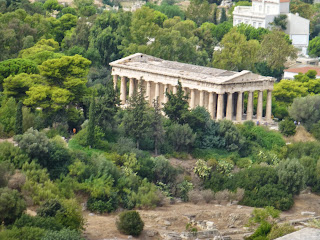 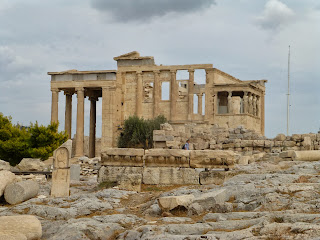 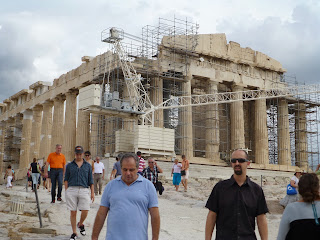 Dedicated to the Goddess Athena, the Parthenon is an expansive structure and one can only imagine how impressive it must have been when teeming with vibrant worshippers in all of its ornate, multi-colored, glory.  It is fascinating to appreciate that the architects--in the 400's B.C.--understood complex architectural methodologies, such as increasing the weight bearing capacity of the columns by slightly swelling them.  The Parthenon is an amazing, contemplative place. 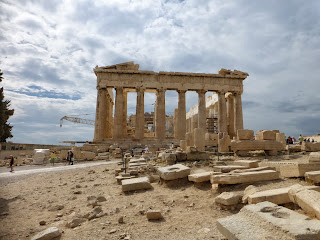 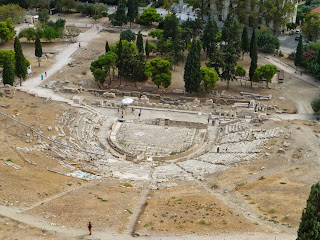 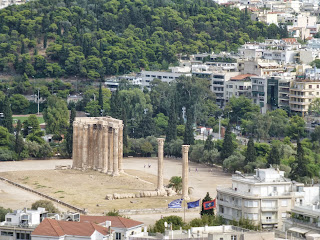 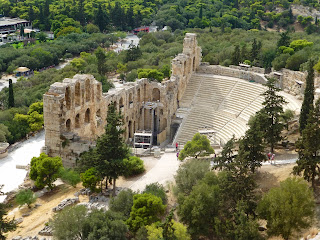 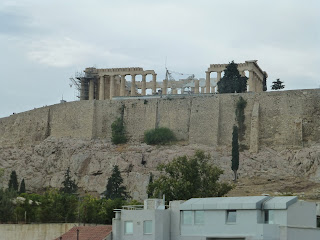 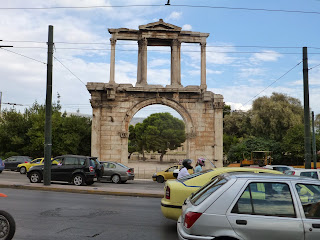 From the heights of the Acropolis, we also enjoyed viewing the Odeon, the Theater of Dionysus, and the Hephaistion, the best-preserved of the ancient Greek temples.

The Erechtheion is another structure not to miss, principally due to the delicate sculptures of maidens, the caryatids, who support the portico.  The folds of their robes are designed to resemble the flutes of columns, and their chiseled faces remain hauntingly beautiful to this day.  The original sculptures are now housed in the New Acropolis Museum, a modern, airy edifice that displays many pieces of pottery and sculpture excavated from the Acropolis. 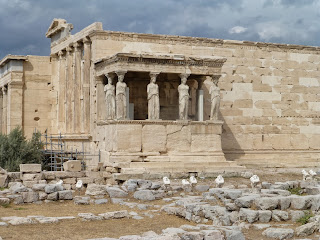 There is also a display area that awaits the return of the Elgin marbles from the British Museum.  The display, a series of squared surfaces many of which face the Acropolis through a glass wall, contains some stones of the frieze that once graced the Parthenon.  Other sections of the frieze, taken by Lord Elgin and now housed at the British Museum, are duplicated in plaster.  Greece has long demanded the return of the Elgin marbles and, to date, Britain has refused.  Elgin's supporters argue that he saved the frieze sections from the Turks who then ruled Greece and had no interest in the Parthenon.  His detractors argue that he was no more than a thief.   One argument advanced by Britain in support of its refusal to return the marbles was that Greece lacked a facility to properly preserve and display them.  Greece's answer:  The New Acropolis Museum.

We enjoyed dinner that evening at Café Avyssinias, in the Monesteraki district adjacent to the Plaka.  The view was captivating as our eyes are inexorably drawn to one compelling site: the Parthenon, awash in the radiant glow of soft, golden lights and silhouetted against the dark night sky.  We laughed and chatted over cups of wine and platters of food but, inevitably, there would be a welcome lapse in our conversation as we gazed upon the ancient temple and enjoyed a moment of silent reflection. 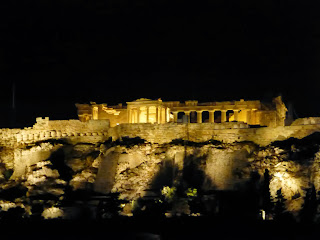 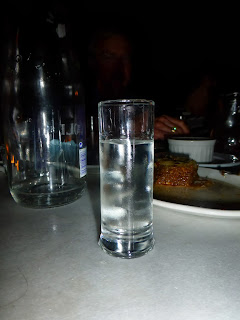