UNESCO has designated three world heritage sites on the tiny island of Patmos: the city center of Chora, the monastery of St. John the Theologian, and the Cave of the Apocalypse.   Perched atop a mountain, the monastery's ancient white walls house an interesting museum of religious manuscripts and reliquaries.   Equally impressive are the expansive views over the Aegean Sea and neighboring islands. 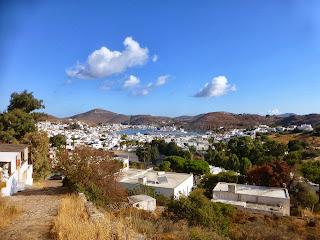 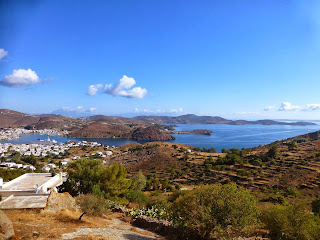 The Cave of the Apocalypse, where John is said to have received his vision, retains an air of solemnity and, whatever your religious orientation, conveys the sense that something happened there.
The Cave is a spiritual experience where only silence seems appropriate and the timeless atmosphere embraces you.

I learned a valuable lesson on Patmos about traveling with others.  As I emerged from my cabin that morning, intent only on obtaining a cup of coffee, one of my friends, who happens to be a fitness expert, encouraged me to hurry and join the trip to the mountaintop monastery.  I hurried after her, thinking that a bus trip was about to begin.  To my dismay, a group of fitness buffs were prepared to climb to the monastery along a rocky, dirt pathway that twisted upwards, ever upwards.  Displaying a sad blend of hubris, self-delusion, and stupidity, I joined in the climb.  While I am assured that the views were spectacular, my panting made it difficult to focus--kind of like viewing the world through the lens of a jiggling camera.  While I survived the trek, I never again ventured off with anyone before confirming that there was motor vehicle transportation involved. 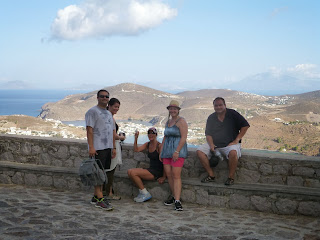 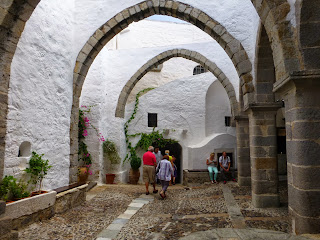 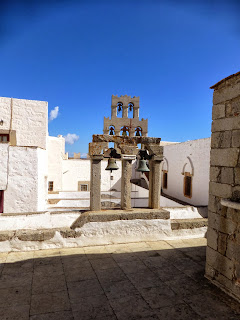 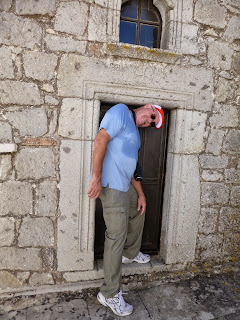 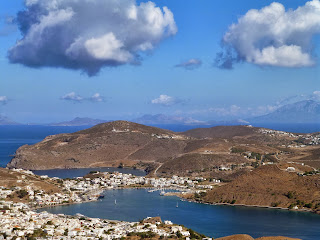 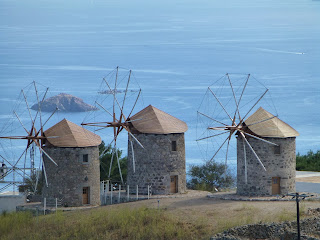 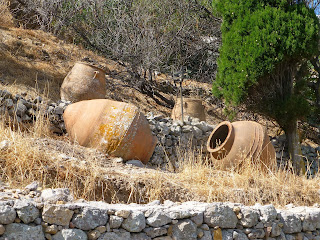 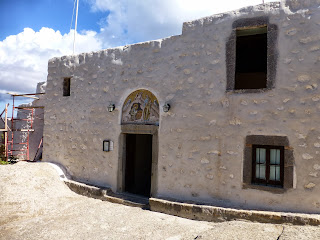 That evening, we tucked into a picturesque bay at Amorgos and enjoyed a stroll along the quay.  It was an evening to enjoy small shops, excellent seafront restaurants, and quietly reflect on the events of the day.  That is, until the drinking aboard commenced again.  I believe that Amorgos may be forever known as the final resting place for several Cleveland livers
. 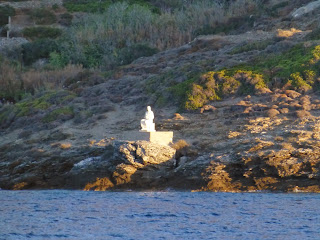 Statue of Venus in the mouth of the harbor 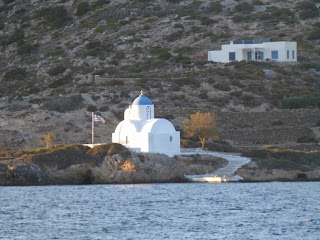 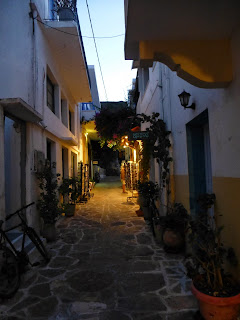 Charming streets to stroll before dinner 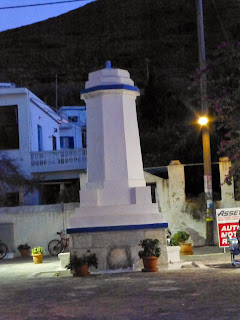 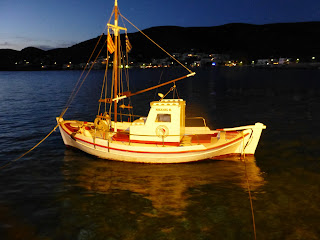 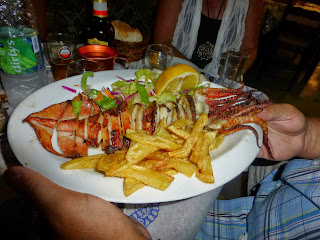 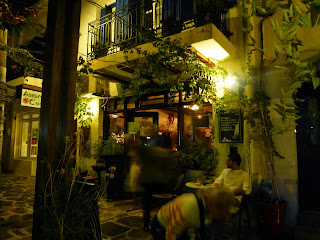