Our first port of call was the interesting little town of Ketchikan, where we visited the wide variety of shops located on the docks in the Creek Street area, once home to more than 30 houses of prostitution. The profession was, in fact, legal until the 1950's. 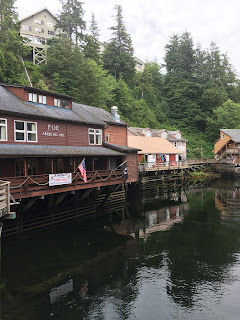 In the afternoon, we visited Totem Bight State Historical Park, within Tongass National Park, the world's largest temperate rain forest and second largest rain forest in the world. Ketchikan averages 152 inches of rain per year, making it the wettest city in America. 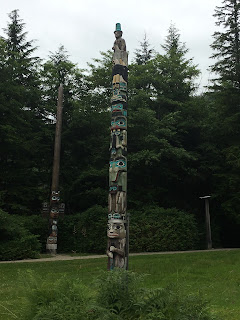 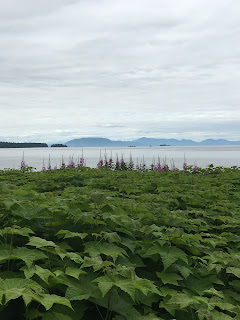 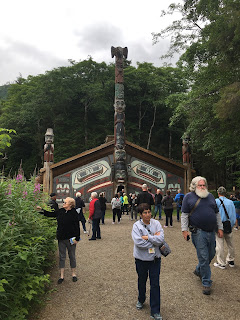 Ketchikan was one of several cities visited by President Warren Harding shortly before his untimely demise. Rumors have swirled ever since that his wife, unhappy with the discovery that Harding was juggling two mistresses, assisted in the "shellfish poisoning" that was listed as the official cause of death when he expired in San Francisco at the conclusion of the trip. Mrs. Harding refused to allow an autopsy.
Posted by Top Times Travel at 1:15 PM