The capitol of Alaska comprises the second largest land area of any city in the county, even larger than the state of Delaware. A few facts help put the size of Alaska into perspective. It is 2 1/2 times the size of Texas, with a population density of approximately one person per square mile. If Manhattan had the same density, there would be 16 people living in the borough.

Curiously, Juneau is essentially landlocked. Because of the surrounding rugged terrain, it is not accessible by any road and can be reached only be plane or boat. It is difficult to underestimate the importance of airline transportation in the state. Many communities can be accessed only be air travel, and nearly 1 in 8 Alaskans is a licensed pilot. Docks to accommodate float planes are extremely common, but nevertheless still much sought after in urban areas.

We enjoyed a few adult beverages at the storied Red Dog Saloon, where a former owner would meet cruise ships with a mule and a sign that read: Follow my Ass to the Red Dog". We also visited the nicely restored bar at the Alaskan Hotel. 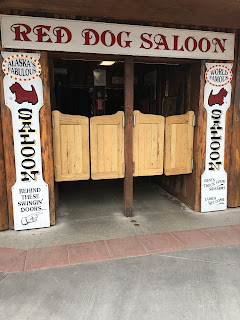 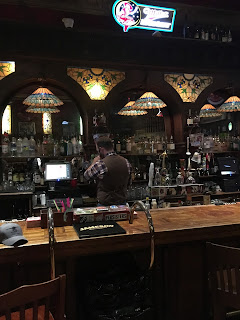 The tramway to the peak of Mt. Roberts allowed for some spectacular views. 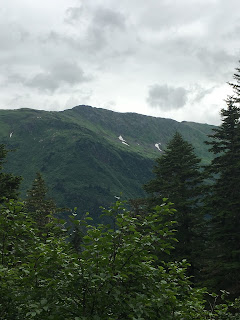 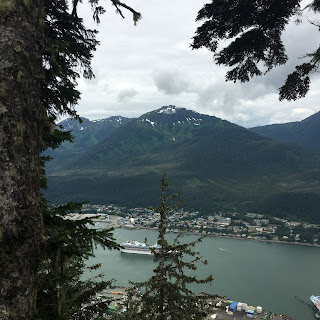 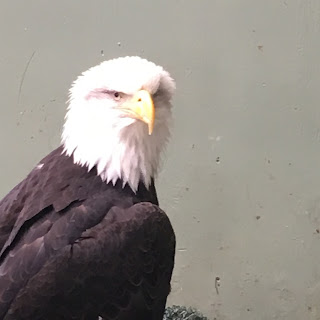 Afterwards, we boarded a float plane for a memorable day of salmon fishing at Muir Lake. 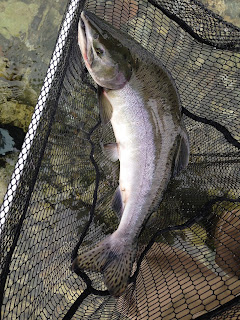 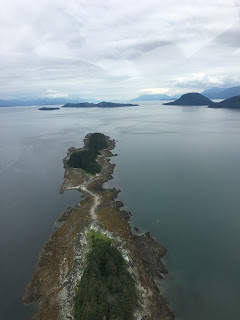 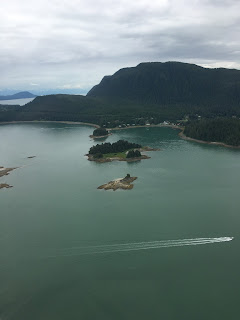 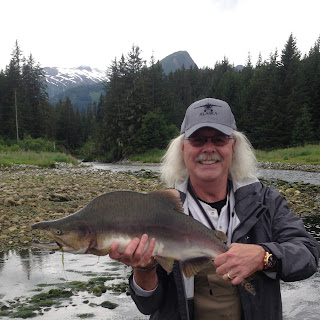 Catch and release only, but what a catch!