We traveled to Cusco via the Hiram Bingham luxury train, complete with fine dining, a handsomely appointed bar car, and a dancing and singing troupe of local entertainers.  Our hotel, La Casona Inkaterra, was a highlight of the visit.  The boutique property, converted from a sixteenth century mansion, displayed a variety of antique fixtures and furnishings but provided every contemporary comfort one could wish for.  This included, at an altitude exceeding 11,000 feet, oxygen in every room.  Although none of our party experienced altitude sickness, a few of us did awaken on occasion form shortness of breath. 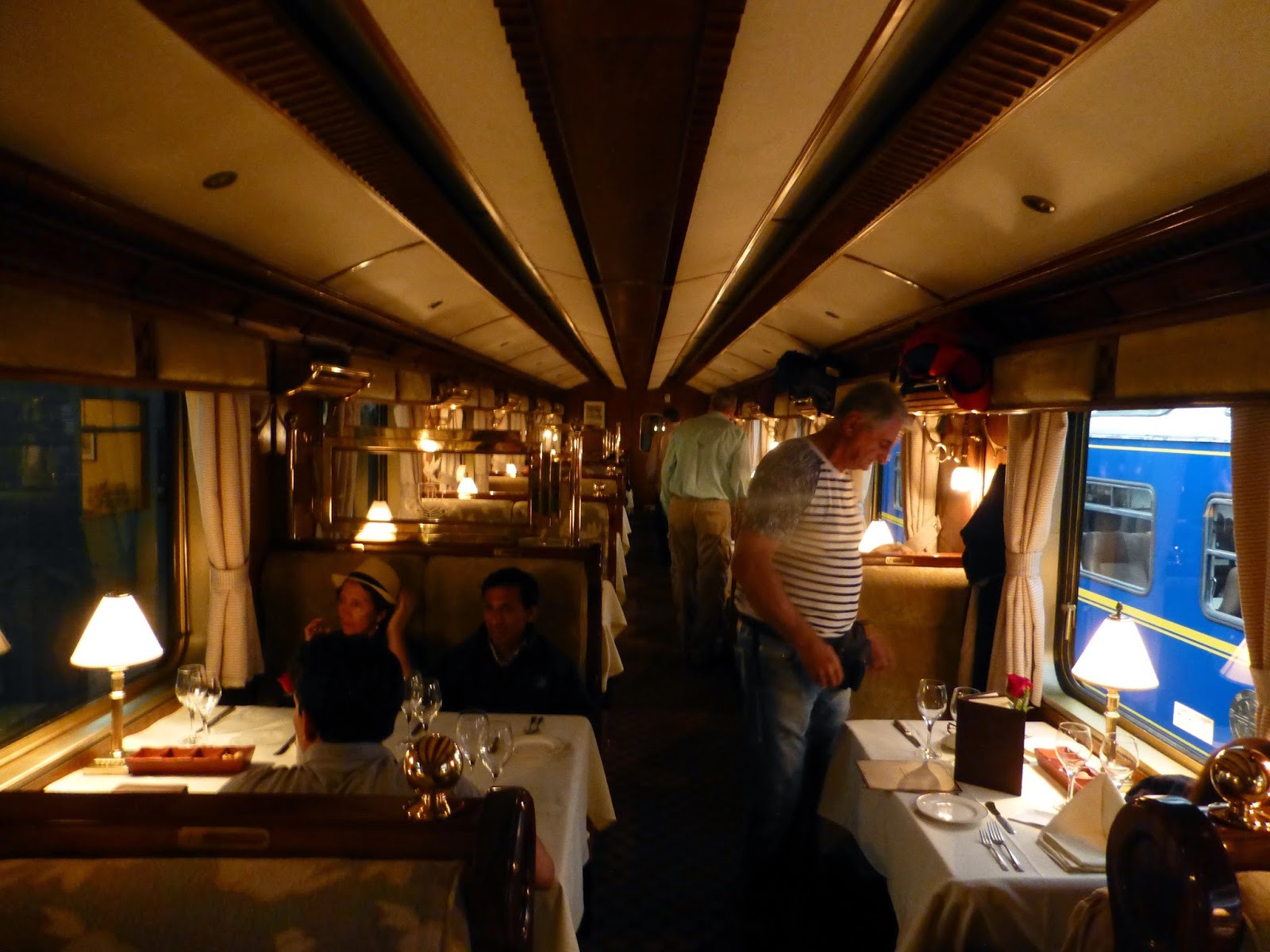 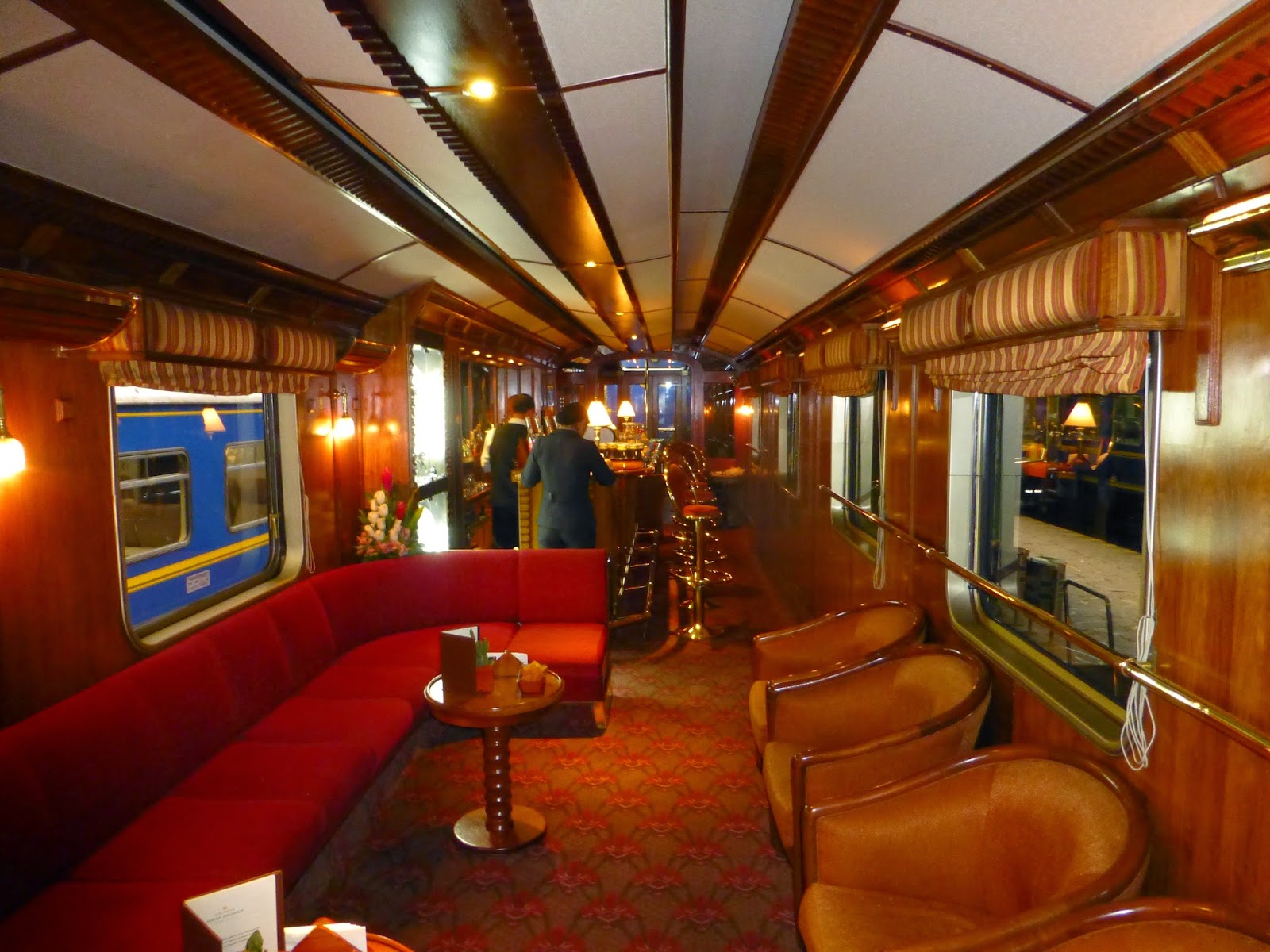 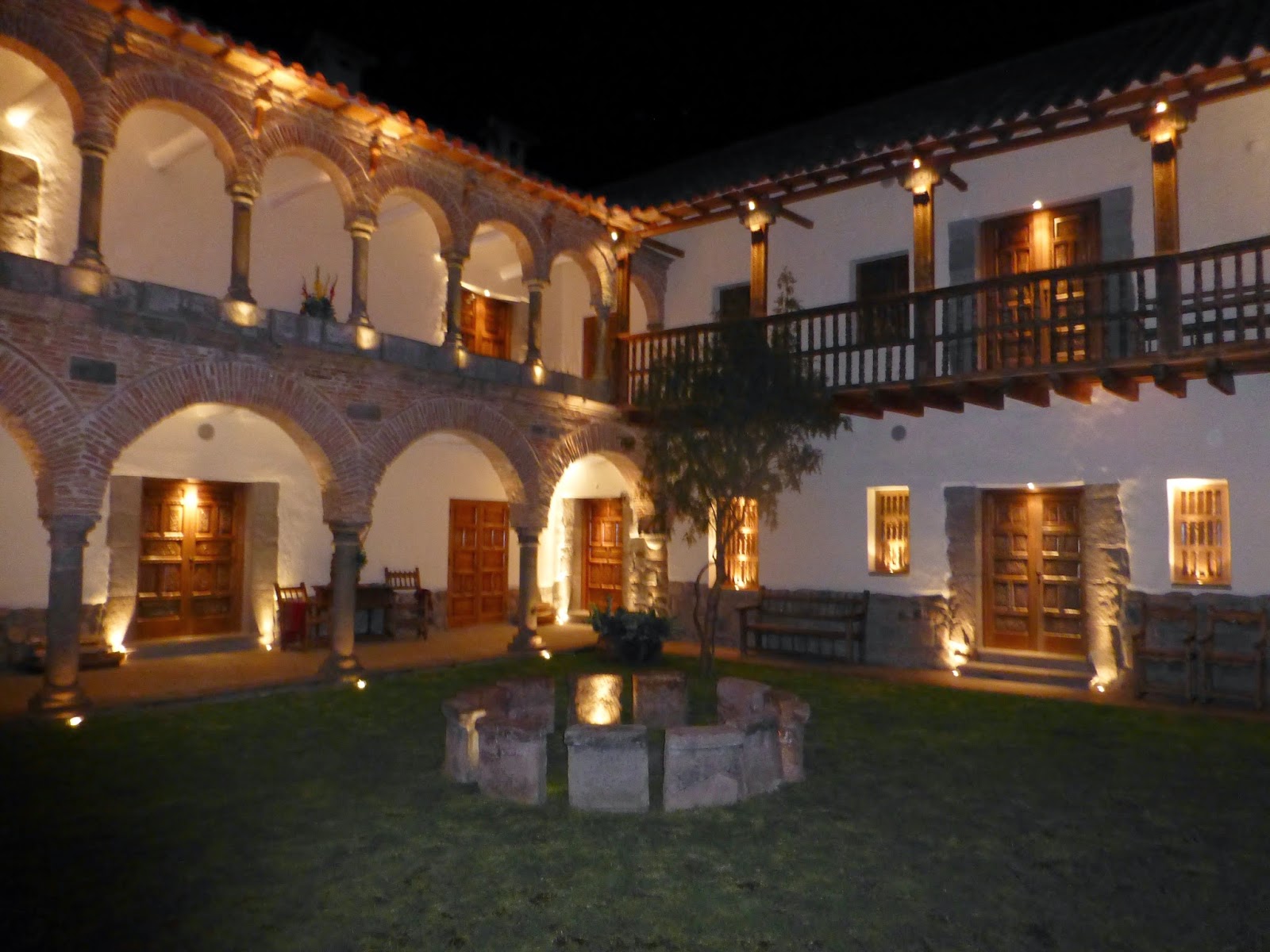 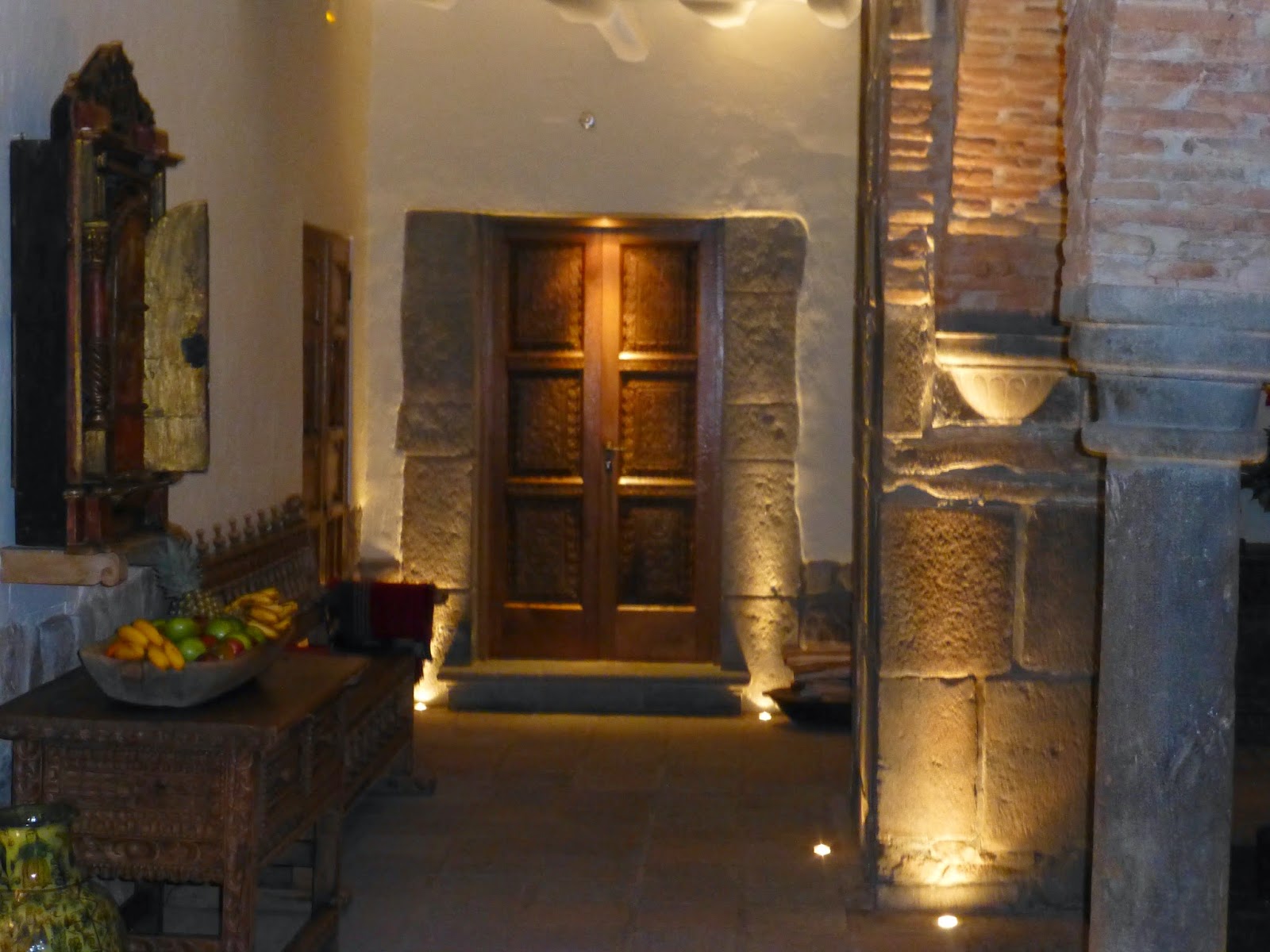 Cusco, the former capitol of the Incas, and the surrounding environs provide a great opportunity to observe the architectural prowess of the Incas as well as to understand the devastating impact that the Spanish conquest had upon their way of life.  The Spaniards typically erected their churches and administrative offices atop Incan ruins, a way of physically demonstrating their victory and authority.  One such structure is the Santa Domingo church and convent.   The Spanish demolished the Temple of Qurikancha, dedicated to the sun God, and used the foundation for the construction of the church. Interestingly, when major earthquakes damaged the European-designed church, the Incan walls remained intact.  Working without mortar, the Incas fashioned tight, interlocking stone walls designed to withstand earthquakes by 'shifting' rather than collapsing. 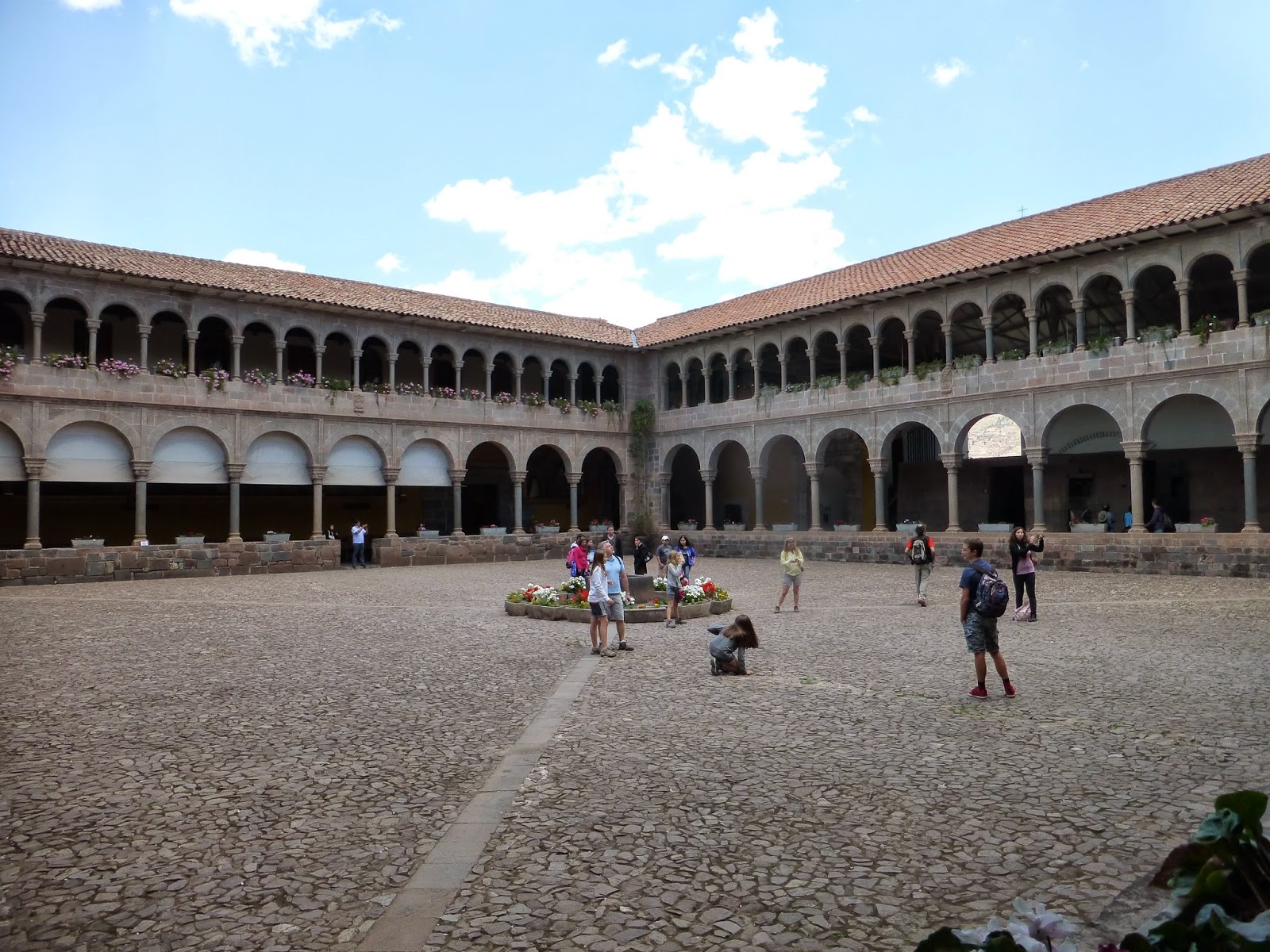 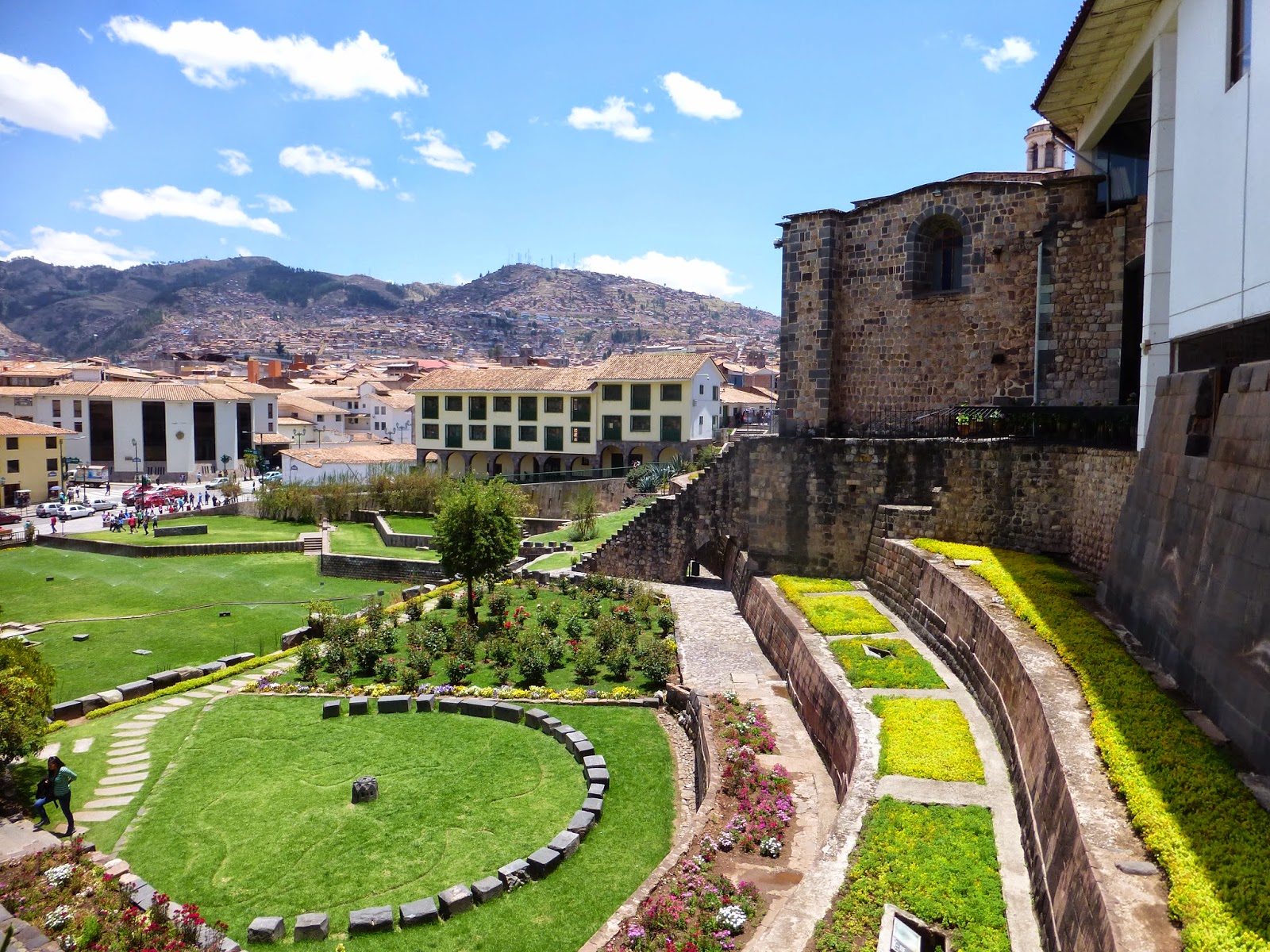 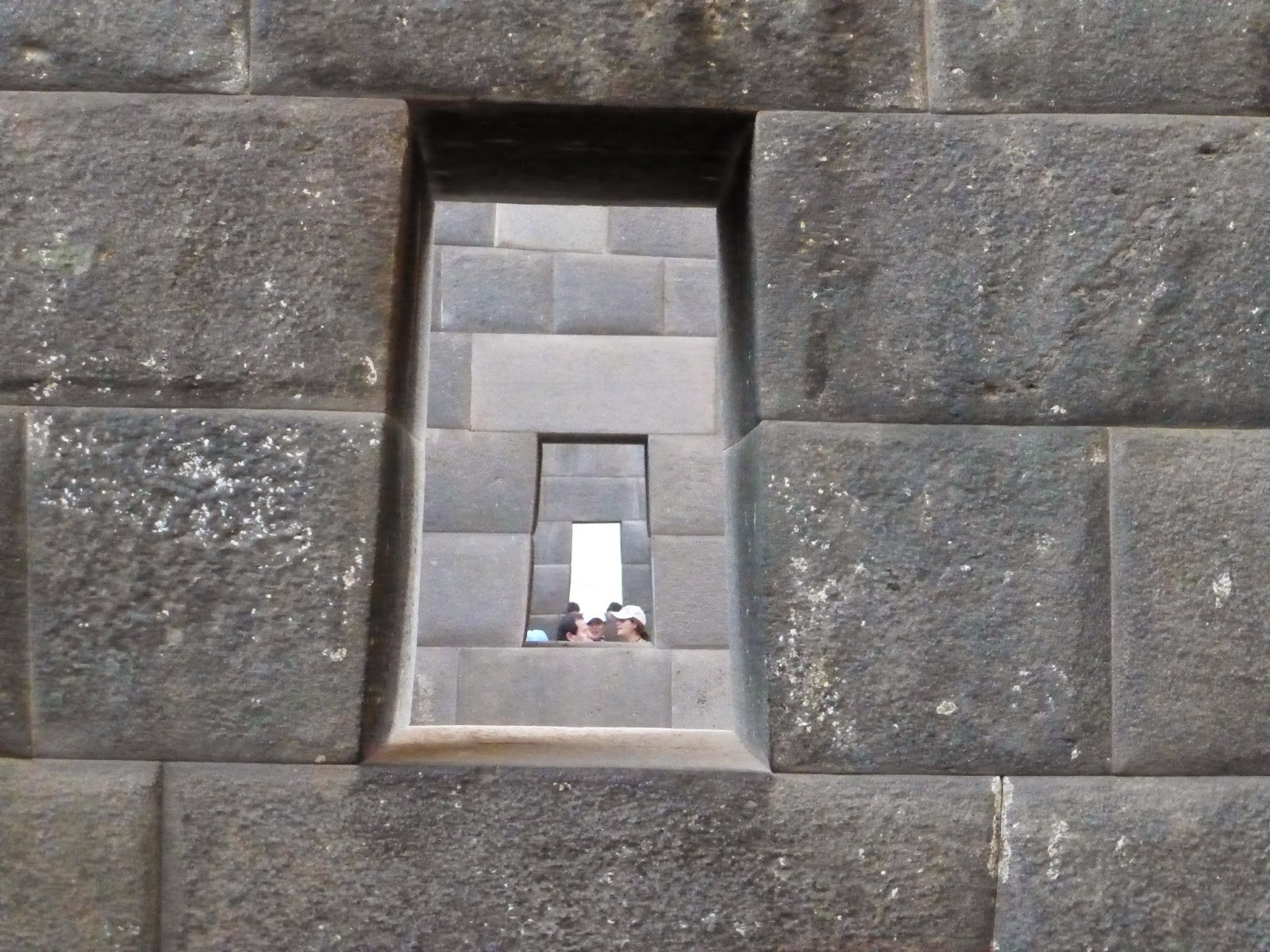 
Sacsayhuaman fortress is another terrific example of Incan architecture.  The sheer immensity of the structure is impressive, as granite ramparts span nearly 1,000 feet and are constructed of stones towering as high as 17 feet and weighing up to 350 tons.  The alignment of the stones is incredible, as not even a piece of paper can be slipped between them.  The fortress consists of three large terraces erected in a zig-zag pattern, to symbolize thunder.  In 1536, following three days of battle, the Spanish defeated the Incas and soon began to dismantle Sacsayhuaman, using the stones to build churches and other structures in Cusco.  There are several other noteworthy Inca sites near Cusco, including Qenko, which has a large stone alter where llamas were sacrified to honor celestial bodies. 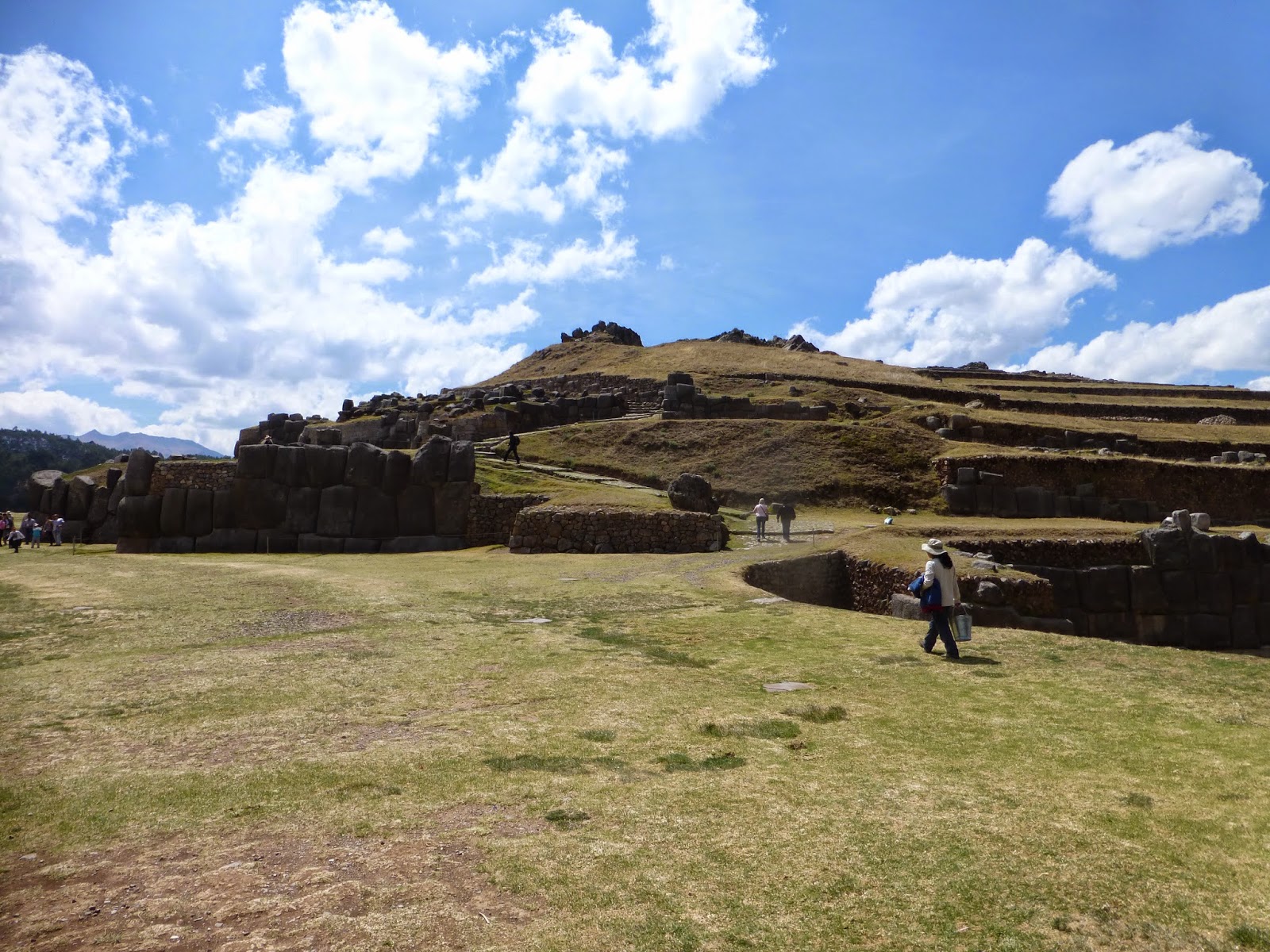 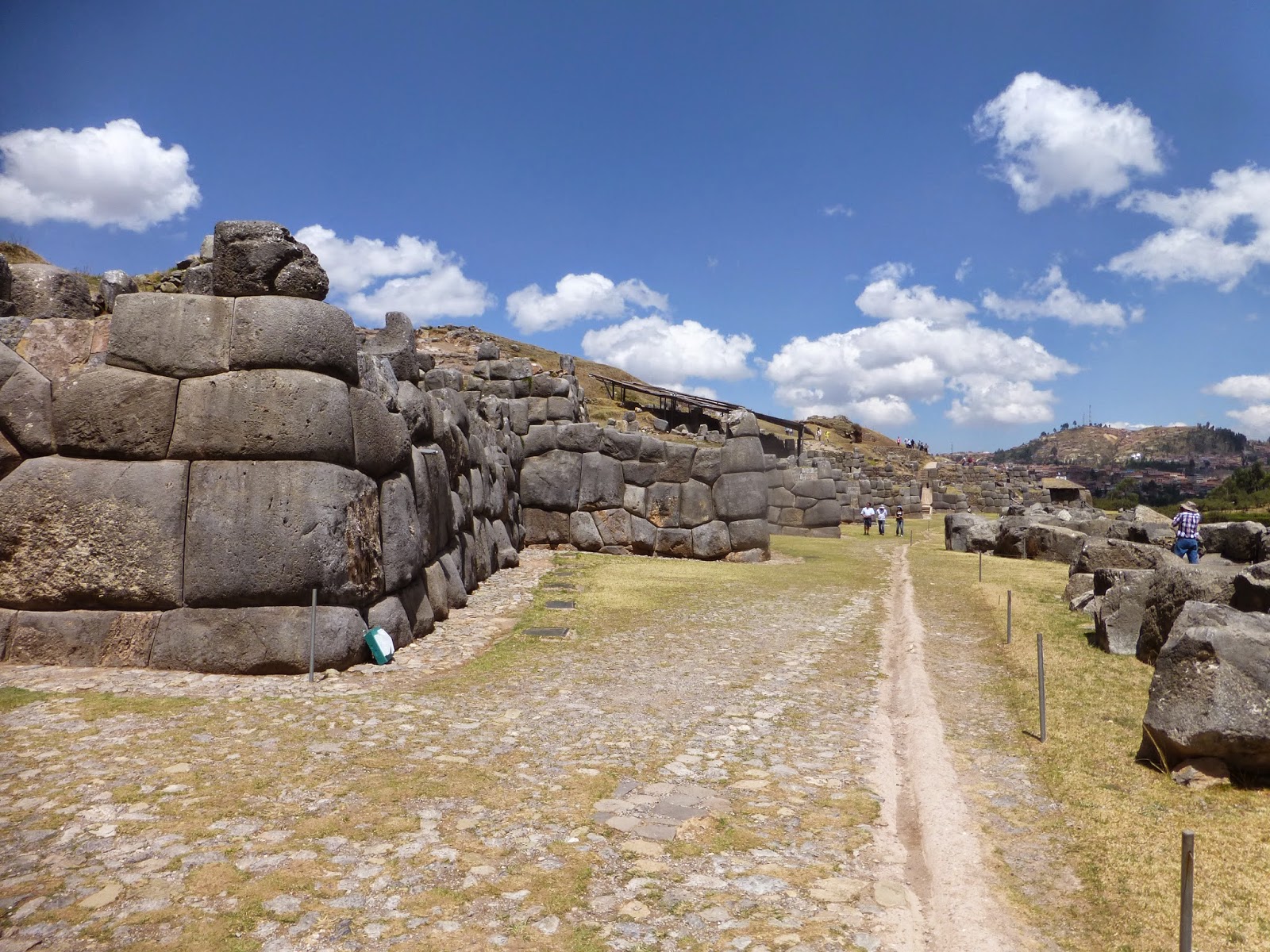 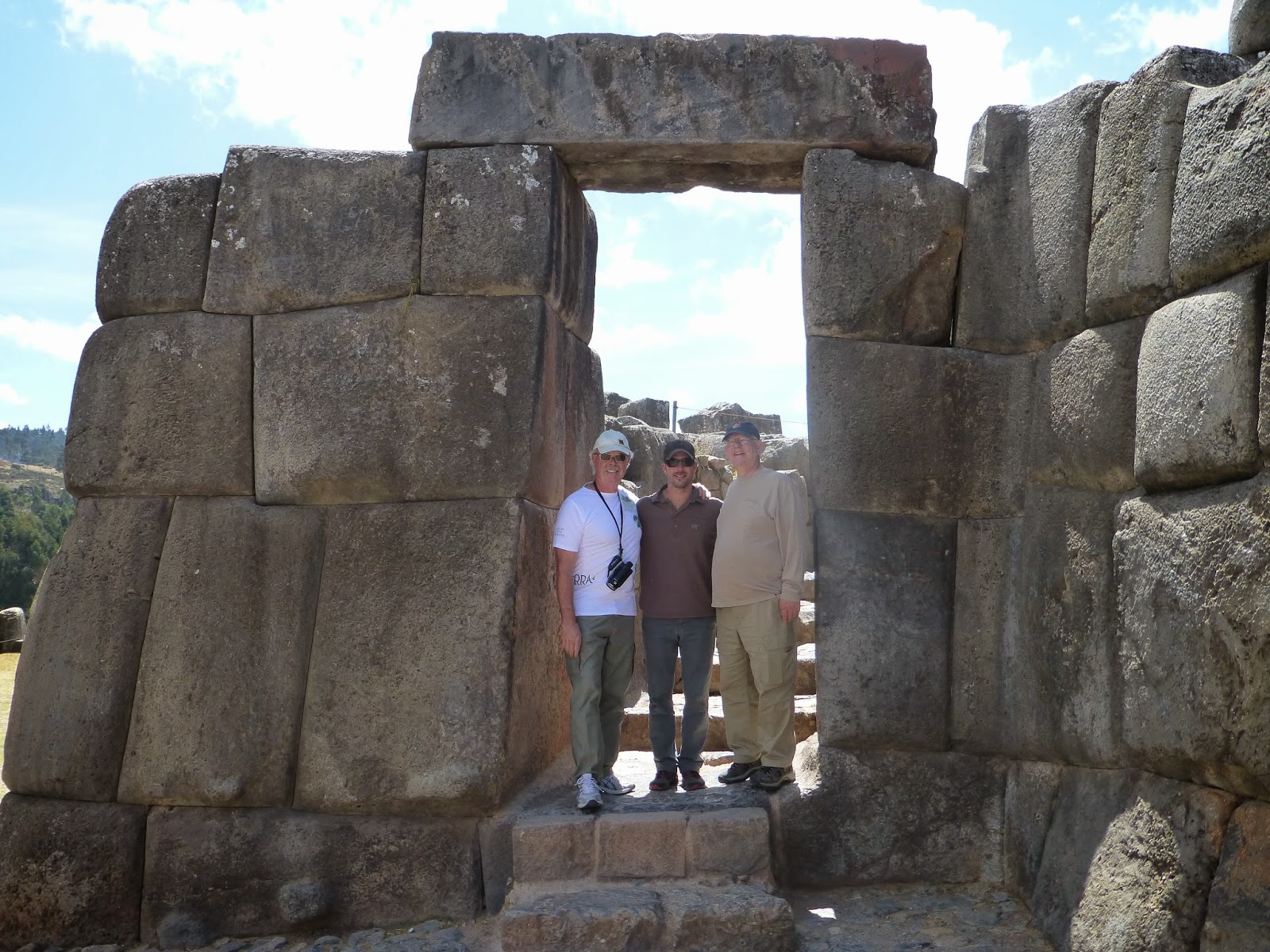 Note the precise fit of the immense stones 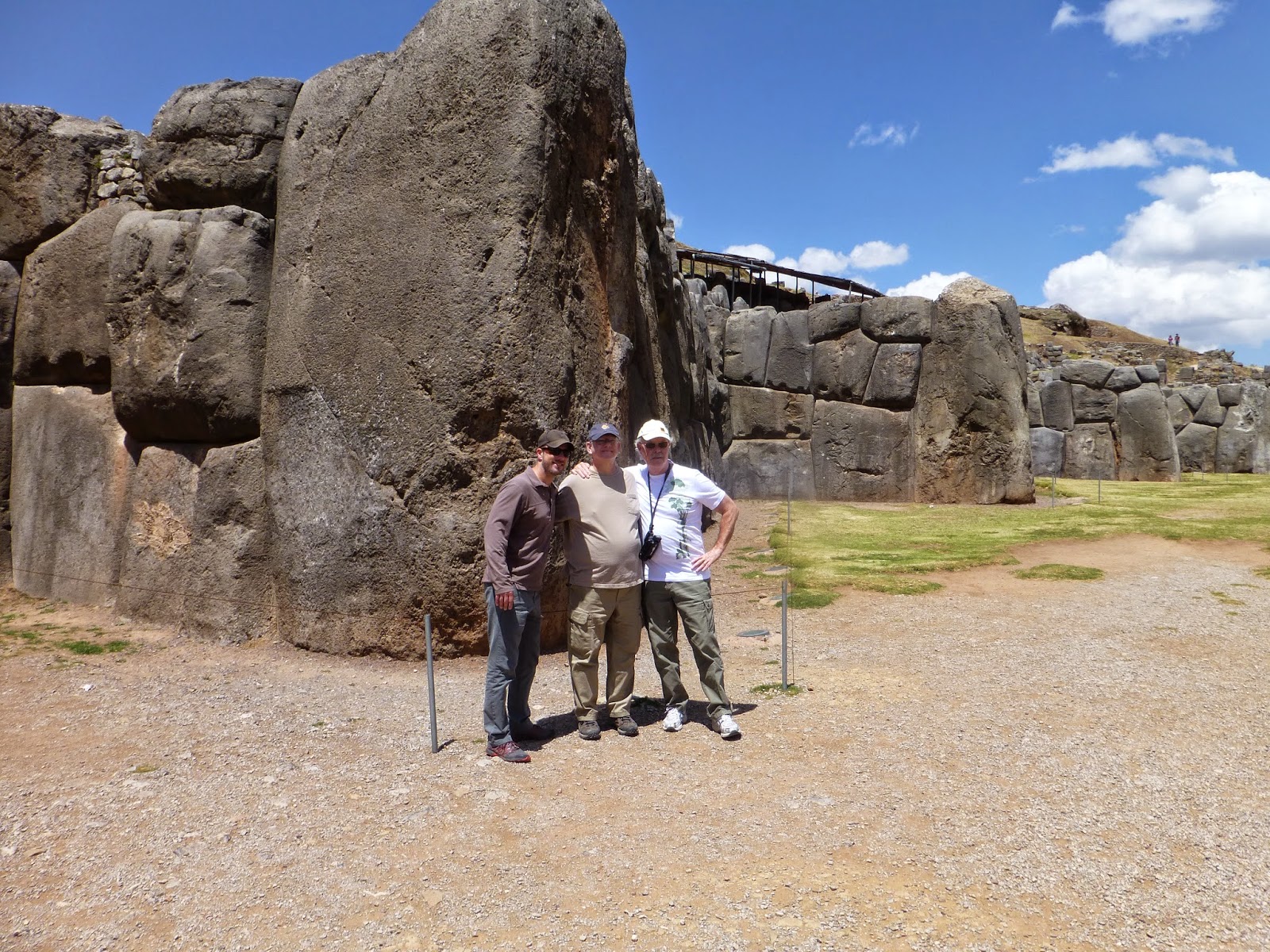 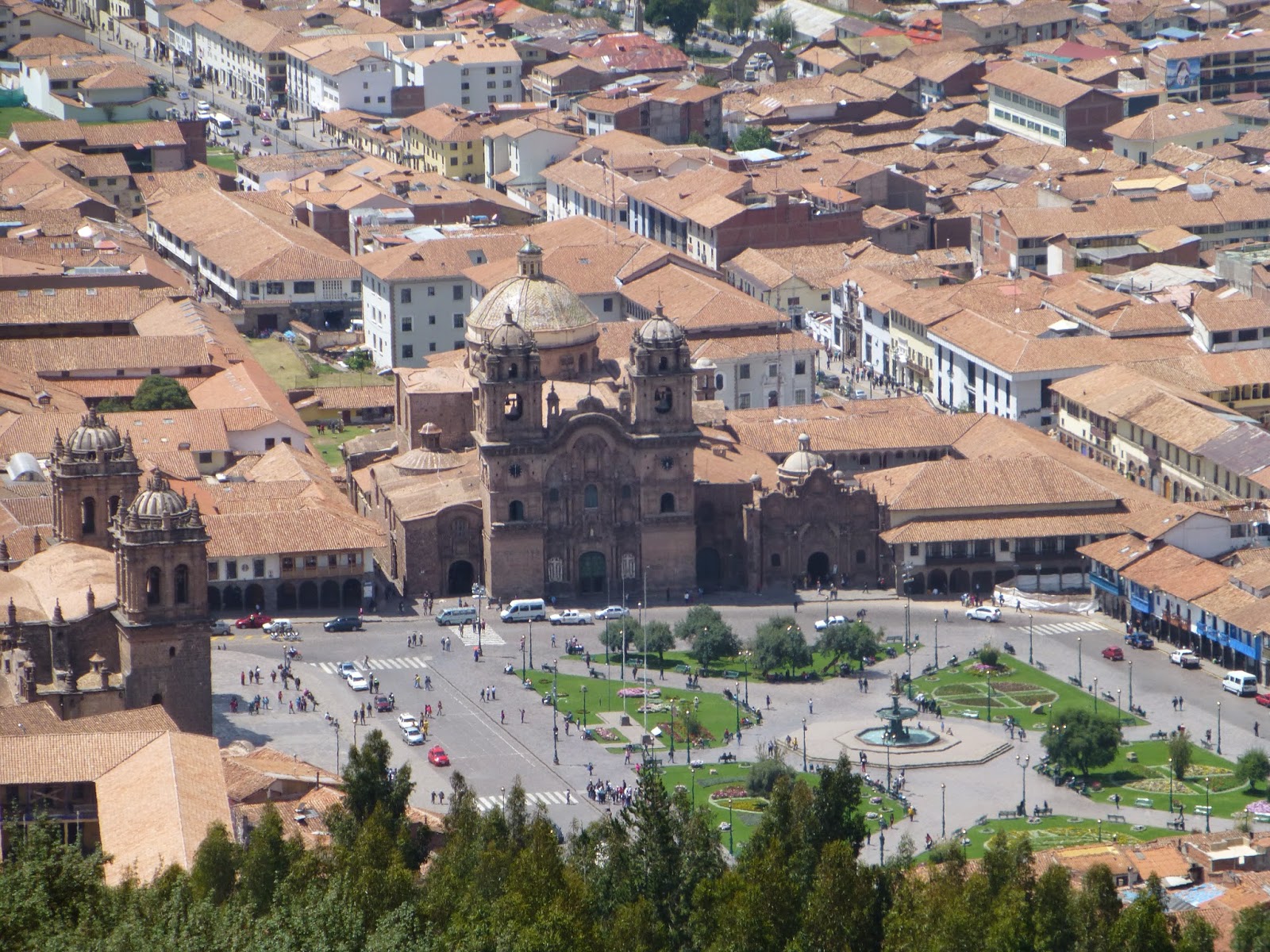 View of Cusco from the top of the fortress 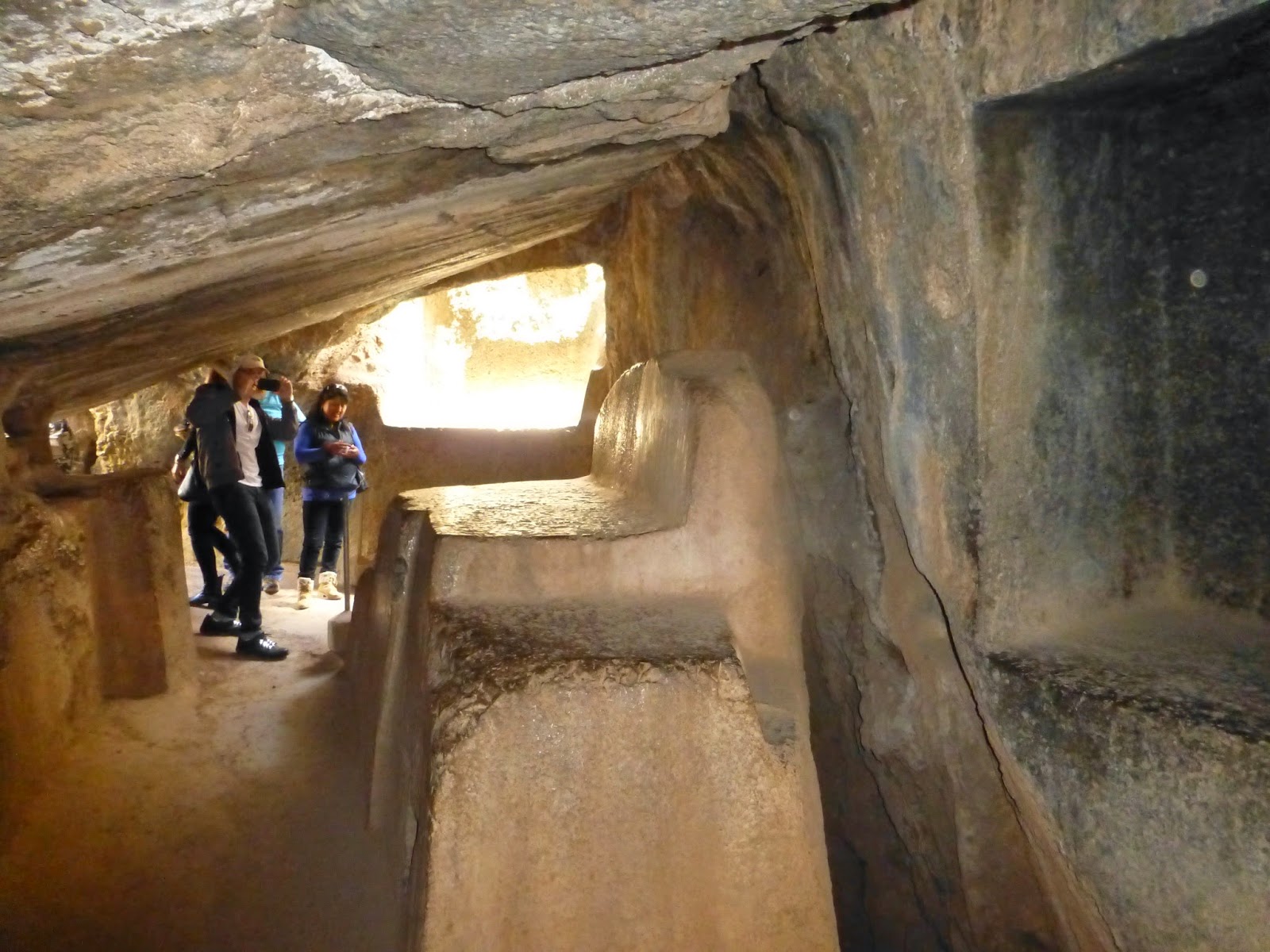 
In central Cusco, La Catedral dominates the Plaza de Armas and is flanked by two small chapels: El Triunfo and Jesus, Maria y Jose.  El Triunfo, Cusco's first church, was erected atop an Incan armory to symbolize the Spanish victory.  The ornate, Baroque, interior of La Catedral is replete with gold and silver and displays more than 400 paintings of the Cusco School.  This artistic movement stemmed from Spain's desire, following the conquest, to convert the indigenous people to Catholicism.  To help achieve this goal, numerous European artworks were imported and painters, attracted by opportunity, flocked to Cusco. One interesting piece is the Last Supper, which depicts chica beer and roast guinea pig, a common Peruvian meal. 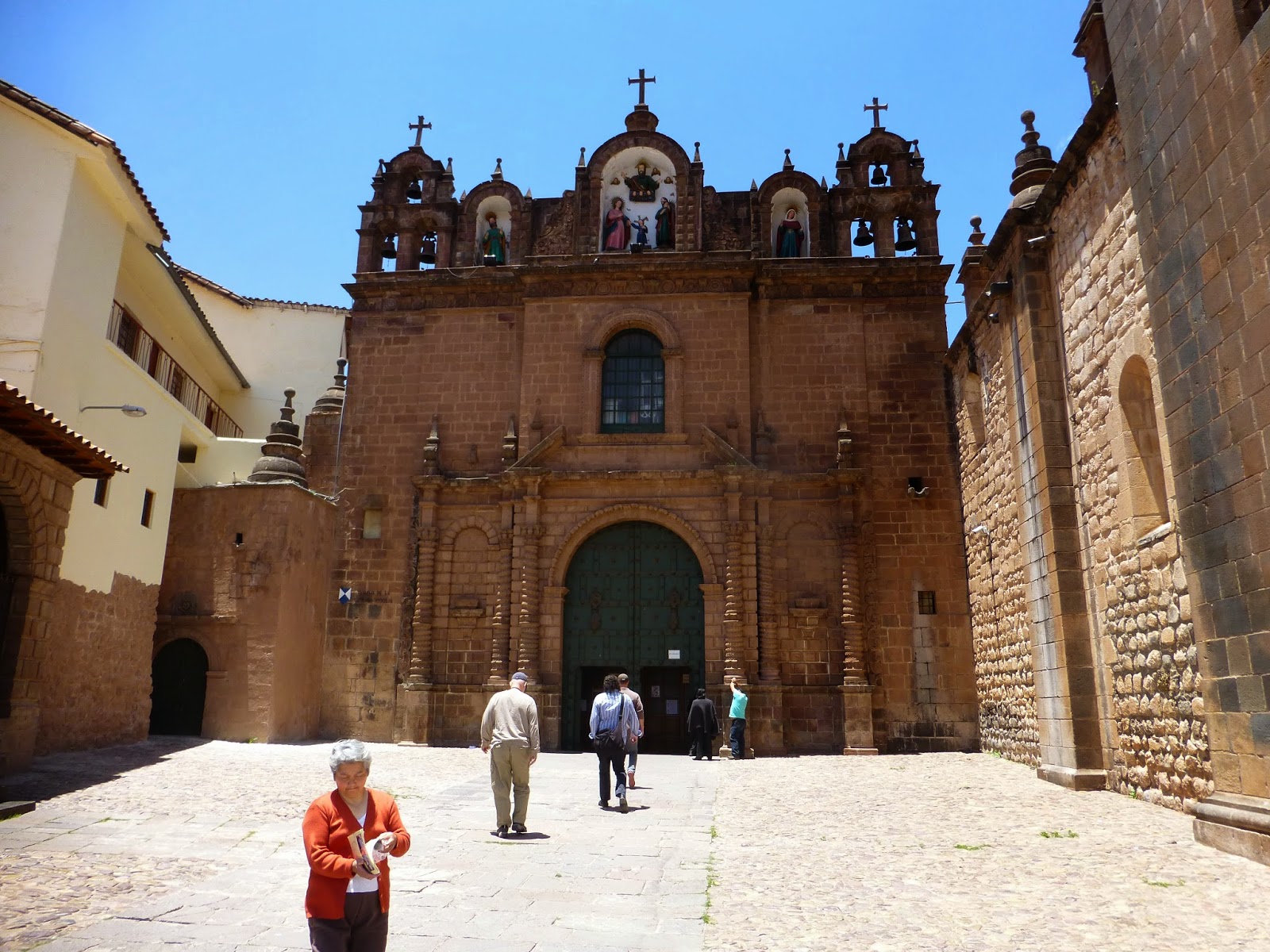 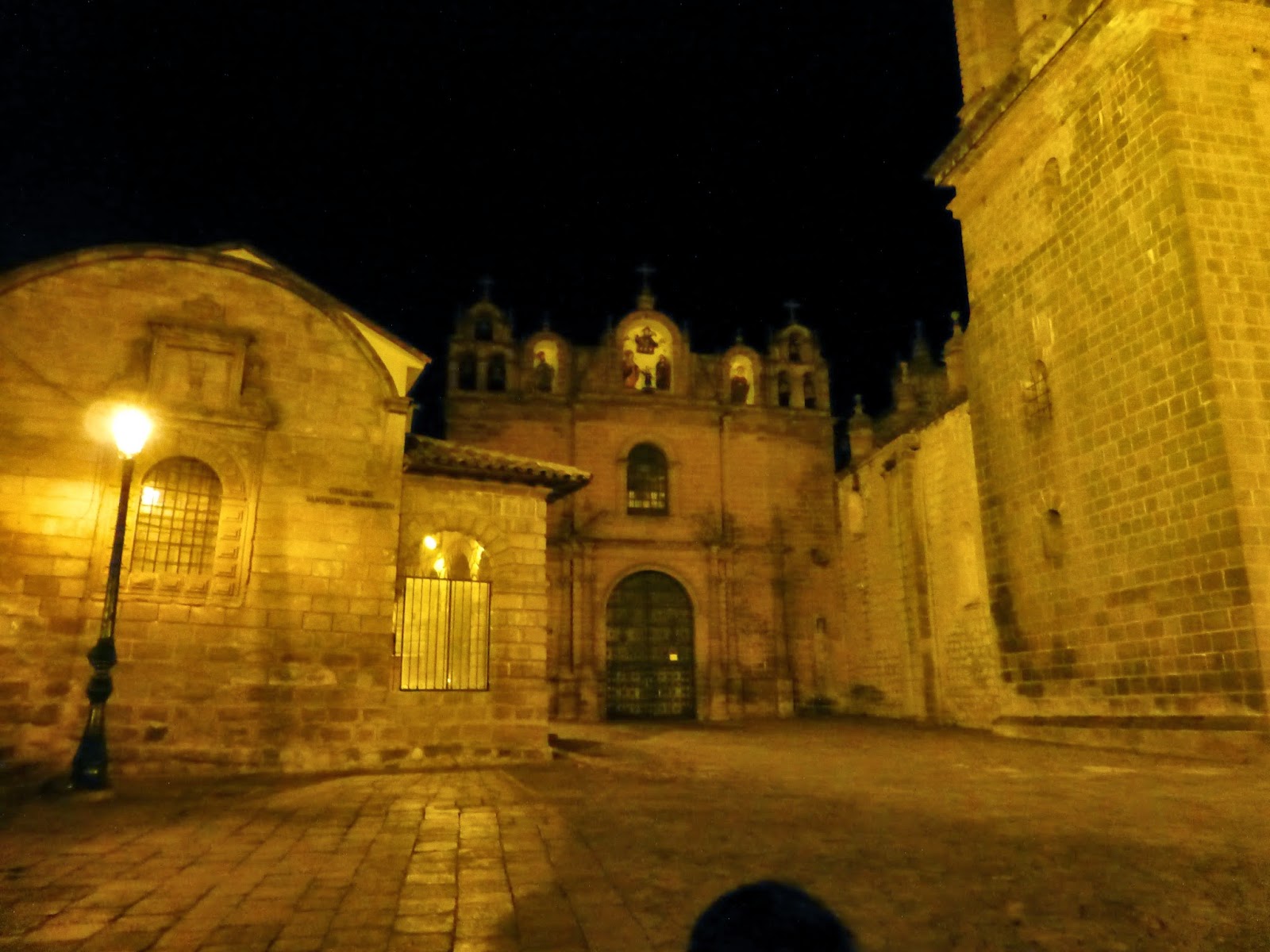 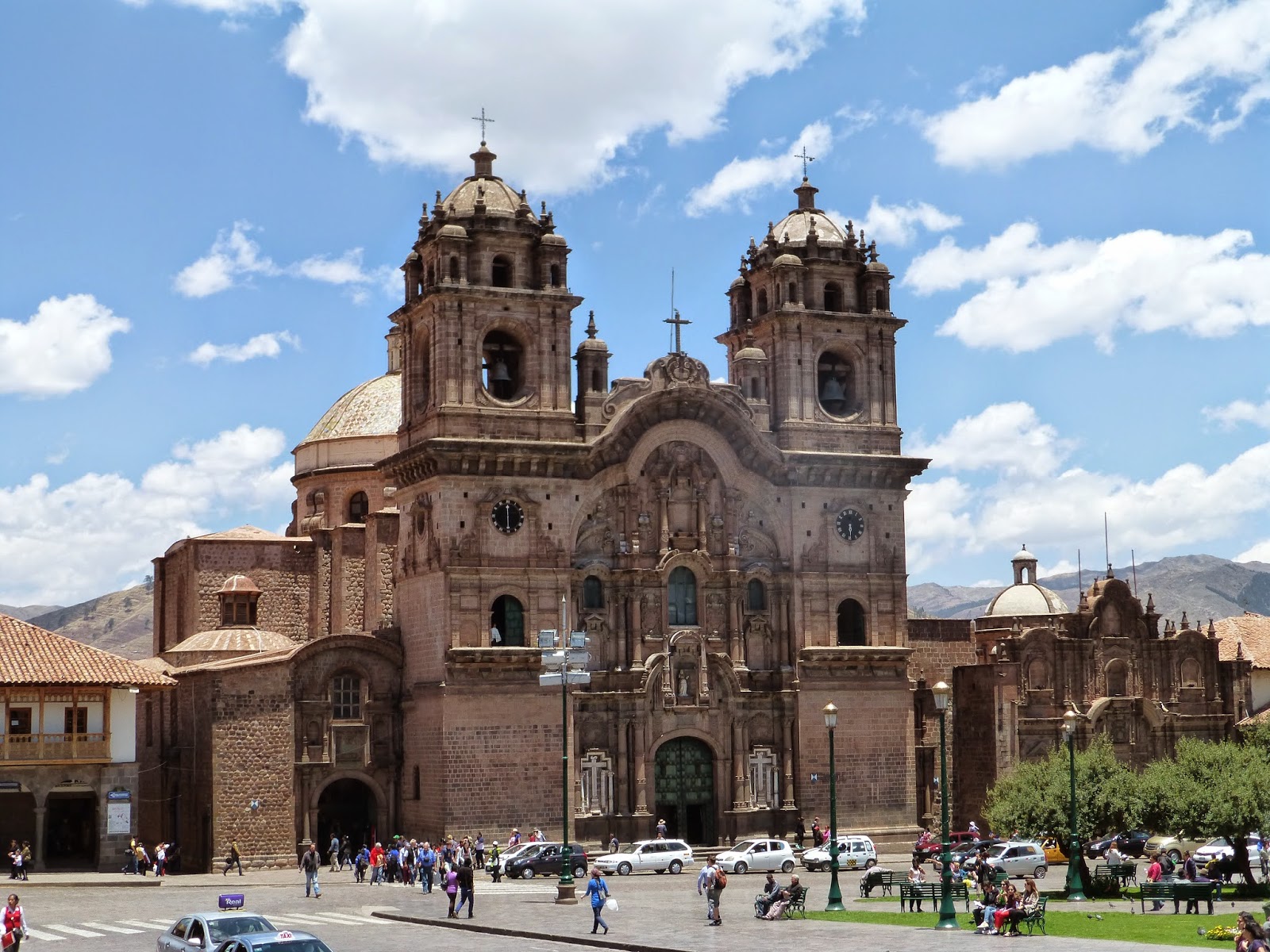 
Regarding Peruvian cuisine, we tried guinea pig, or cuy, one evening and thought that it tasted like rabbit.  We also had llama or alpaca steak on several occasions and enjoyed both.  The flavor was mild; not tough or gamy at all.  Several varieties of potato are cultivated in Peru and were a common side dish, as was corn.  Overall, the food was excellent.  Pisco, a brandy cultivated from grapes, tastes best when mixed with something--anything--such as the popular pisco sour.  In Cusco, the contemporary bar Museo de Pisco features a host of cocktails made with pisco.  We enjoyed a cocktail there--well, maybe three or four--one evening and I came to appreciate pisco much more than ever expected.  Until the next morning. 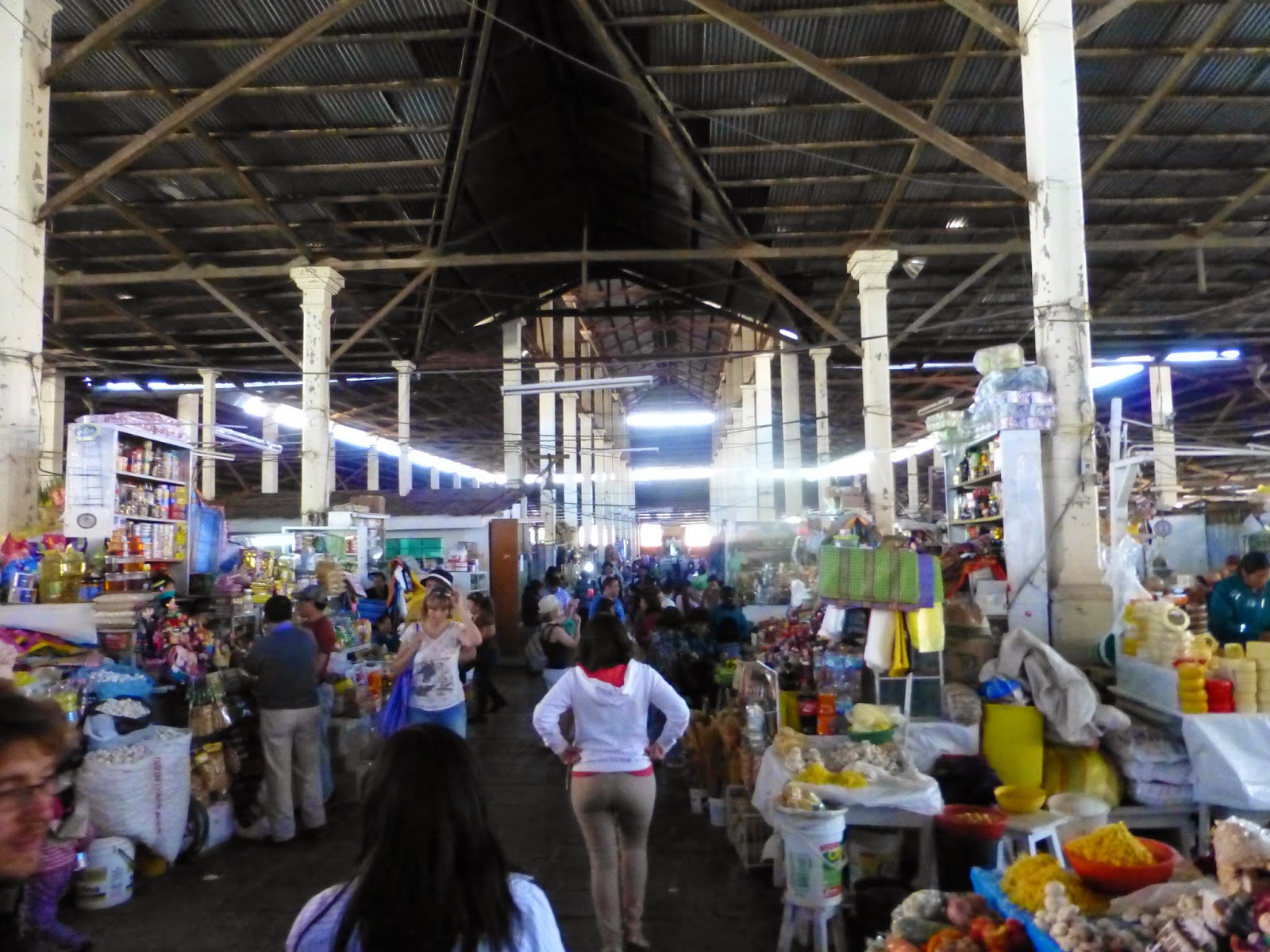 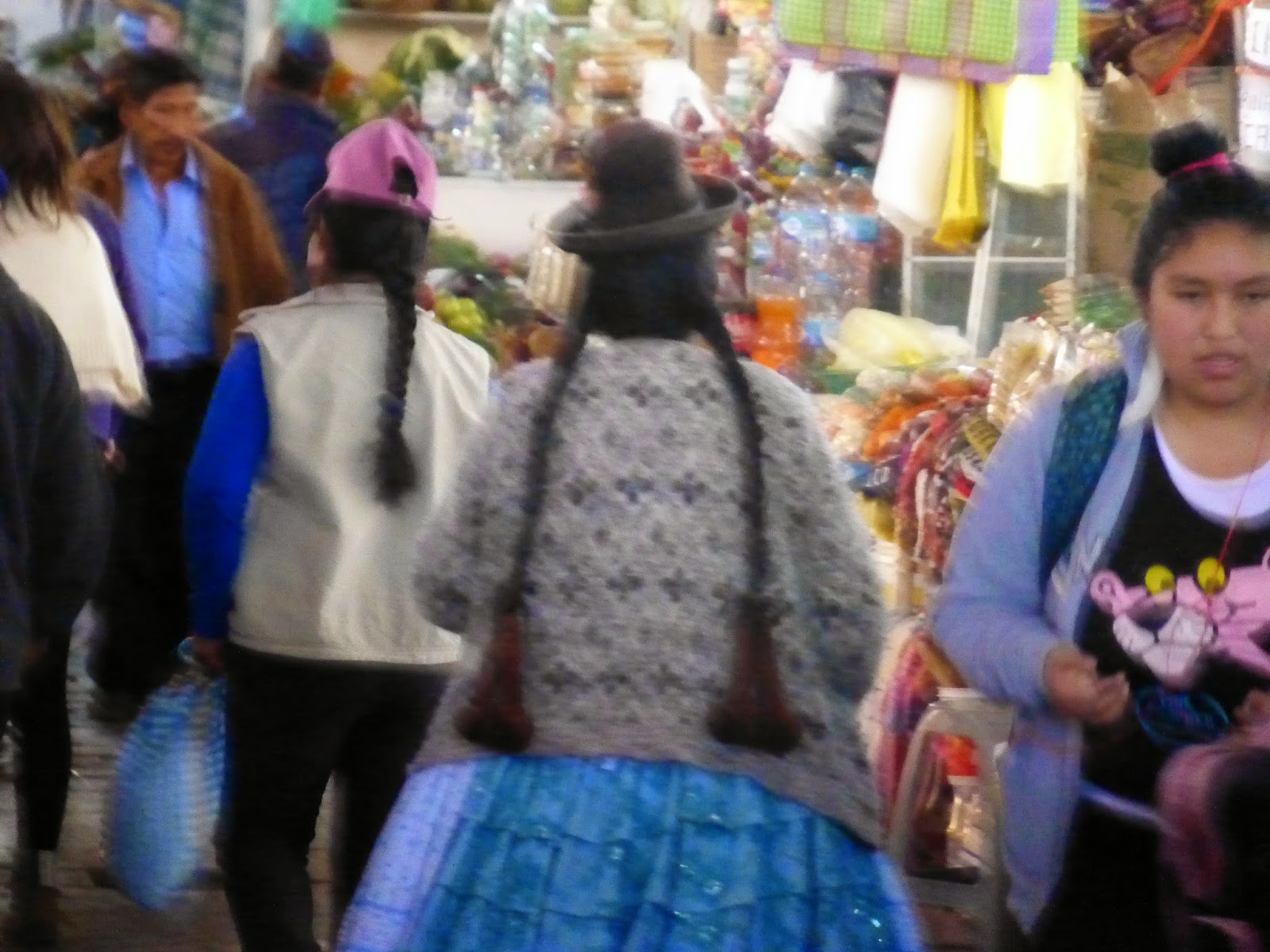 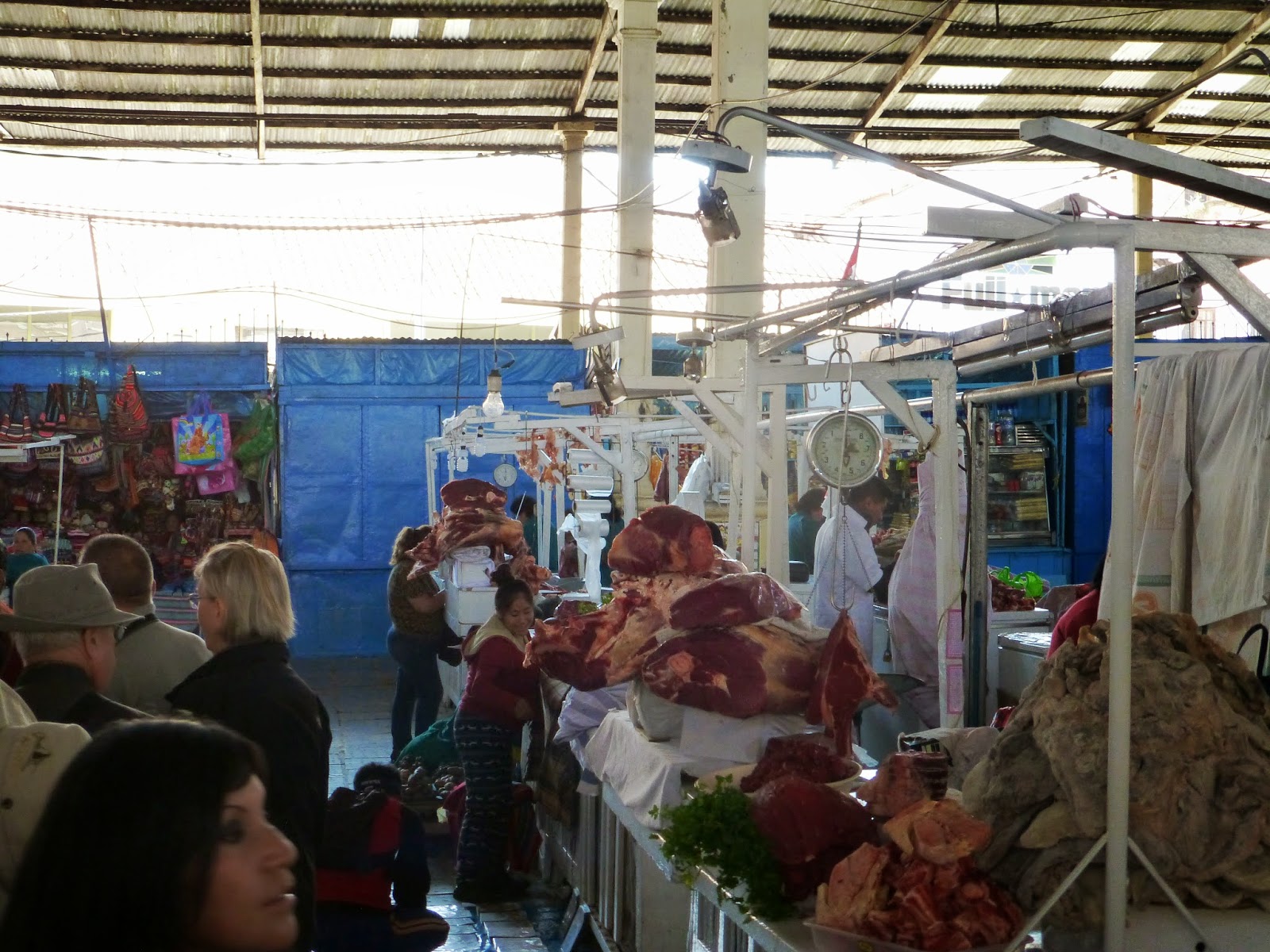 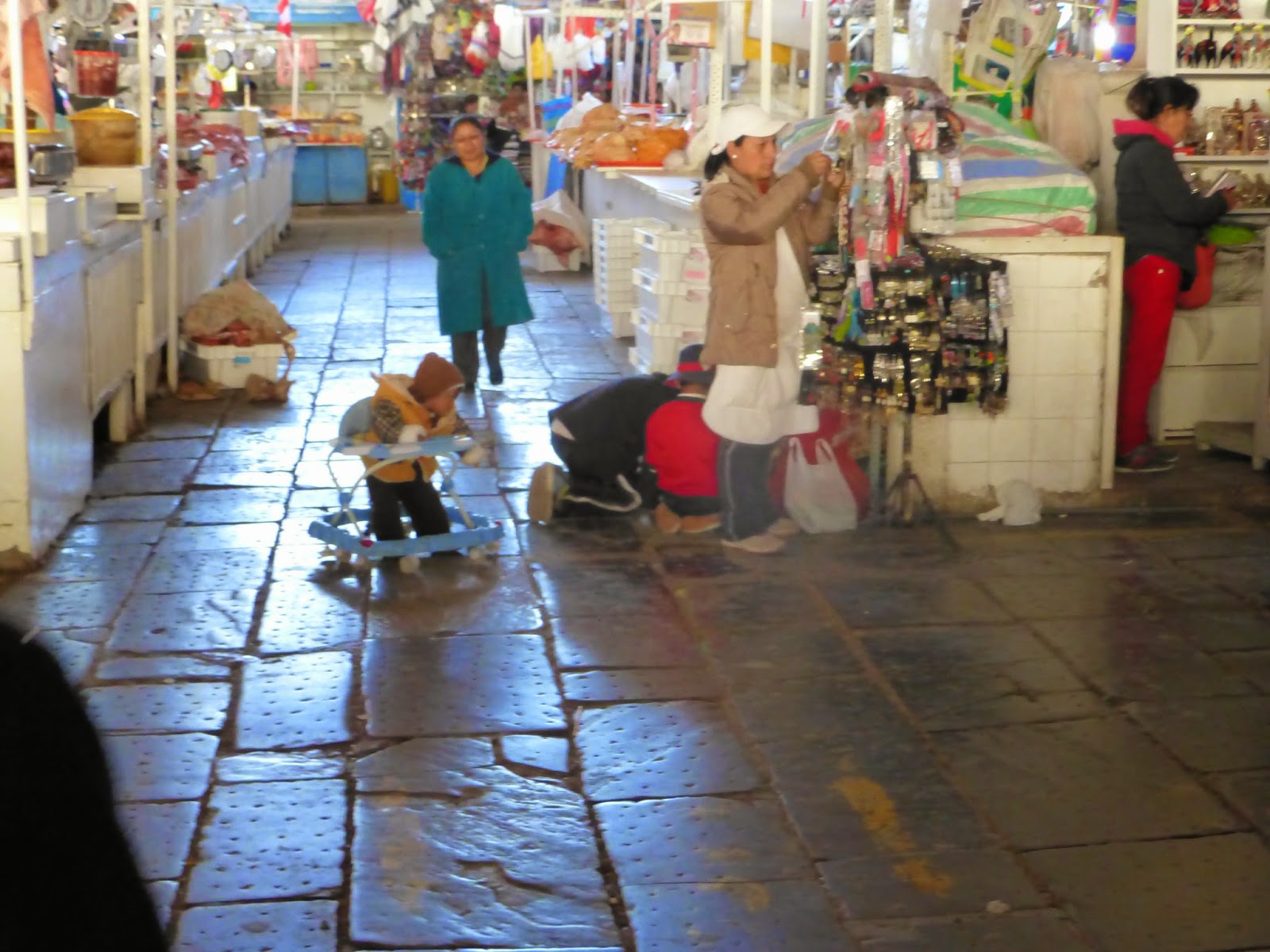 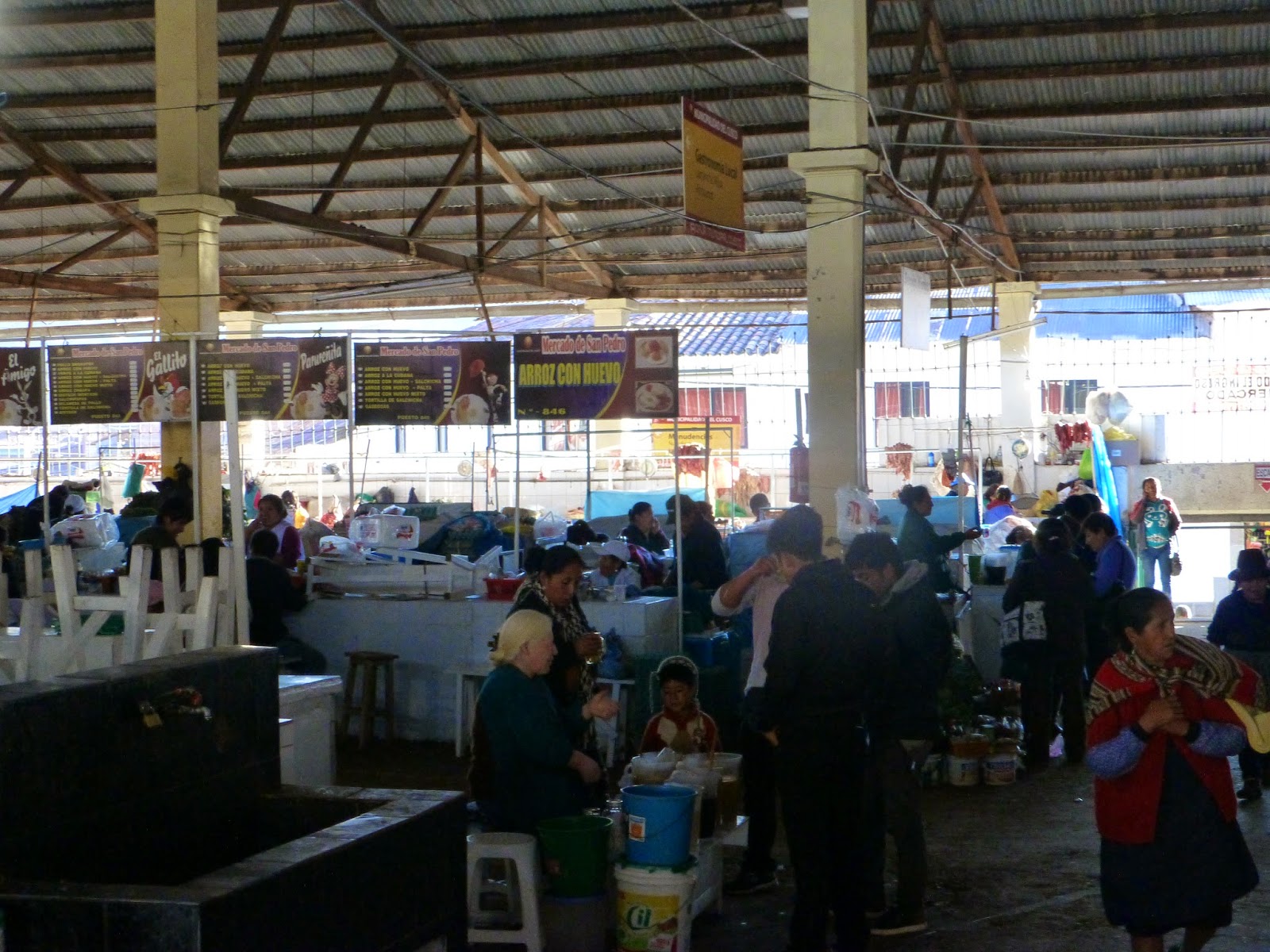 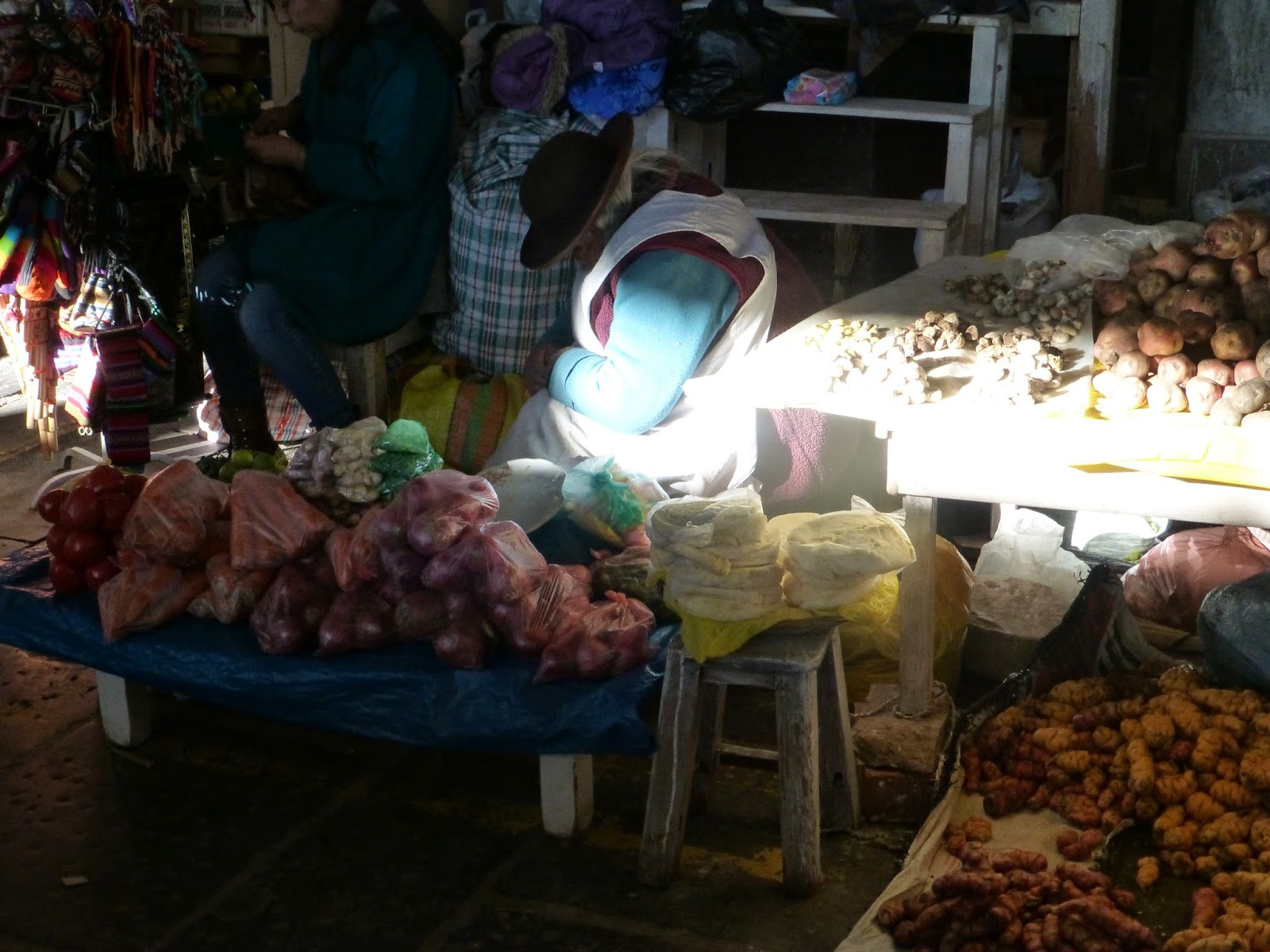