From Grosse Point to The North Channel Yacht Club

We departed Grosse Point and ventured into Lake St. Clair, which lies between the United States and the Canadian province of Ontario.  Traversing the Lake to its NE corner, we entered the gentle flow of the North Channel and followed its meandering path through the vast marshland.  We docked at the North Channel Yacht Club, its stately clubhouse perched on a four-acre island. 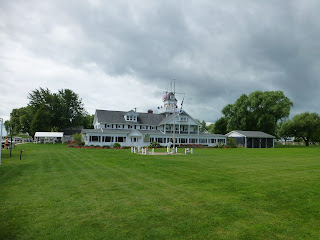 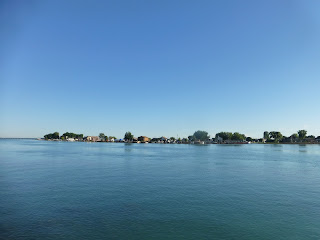 Originally established as a shooting club in 1869, the Club once hosted many prominent duck hunting and fishing enthusiasts, including Theodore Roosevelt.  Club ownership changed hands more than once before it was eventually acquired by the Chrysler Yacht Club, comprised of Chrysler management committee members, in 1968.  Eventually, that group began admitting non-Chrysler members and the name was changed to the North Channel Yacht Club in 1981.

The Club is operated by its members, all of whom donate time each year to reside in the Clubhouse and care for members and guests.  In addition to its marina, the Club offers a game room, bar, swimming hole, and great fishing.  There is no restaurant, although the aforementioned bar congers up some of the best pizza this side of Naples.  Perhaps the pizza tastes so delectable only because it is usually consumed by those who have overindulged and might be unable to distinguish dough from cardboard, but who am I to judge? 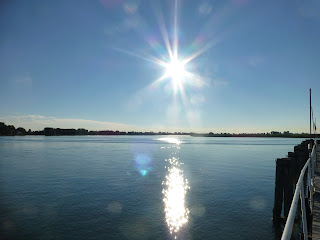 Speaking of alcohol, our group had a great time on the island, including a convivial Bloody Mary party.  Some might argue that the decision to schedule a kick-ball game following the Bloody Mary festivities was questionable, but a good time was had by all, with minimal injuries.

Again speaking of alcohol, I may have left my liver at the North Channel Yacht Club.  If you see it, please let me know.  I'm quite sure that it was pickled enough to survive anything.
Posted by Top Times Travel at 11:20 AM