Ho Chi Mihn City, still commonly referred to as Saigon, is an energetic, rapid-fire, metropolis that never seems to sleep. Comparisons with Hanoi are inevitable, and they both share an evident love affair with the motorbike. Southerners claim that they are more friendly and open than northerners, which is difficult to judge during the course of a two-week trip. One thing for sure: a great time can be had in both places!

What is known as District 1 is home to most of the major tourist attractions. One gripping exhibit, however, is in District 3: The War Remnants Museum. The several intense exhibits are told from the perspective of the Vietnamese, and those which depict the effects of Agent Orange on citizens are heart-wrenching. 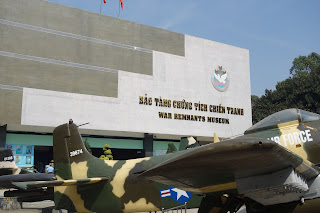 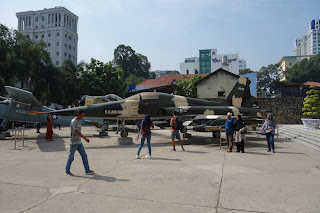 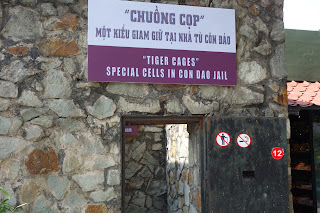 A re-creation of the infamous tiger cages, used to imprison men. The cages were of dimensions that made it impossible to stand, and those who survived were left with muscles so atrophied that they walked in a crab-like position. 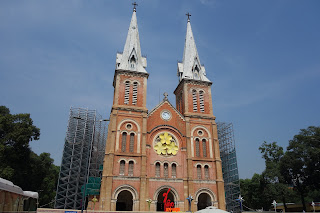 Notre Dame Cathedral was erected by the French in 1880. Today, Vietnam has the fifth-largest number of Christian adherents in Asia. 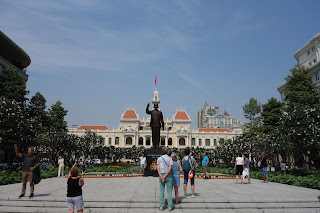 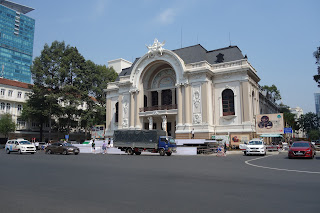 The colonial-style theater was built in 1899 as an opera house. It served as a national assembly hall during the Vietnam War, but is again a theater 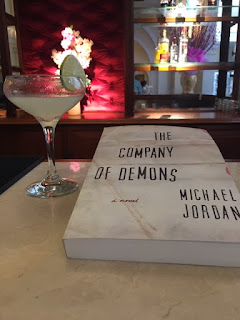 My homage to novelist Graham Greene at the bar in the Continental Hotel, which featured prominently in his classic The Quiet American 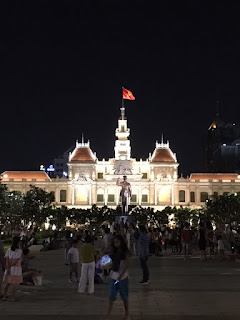 The City Hall is beautiful in the evening 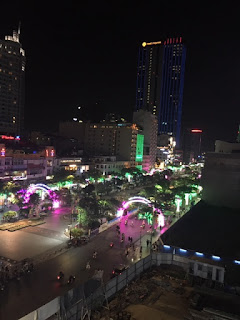 The city is wonderfully illuminated at night 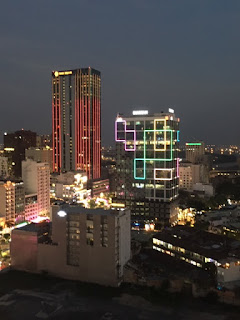 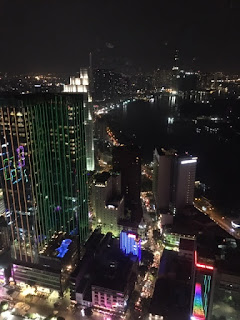 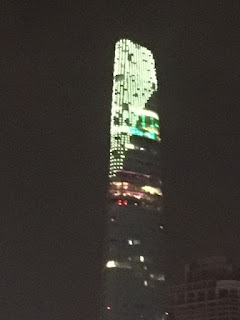 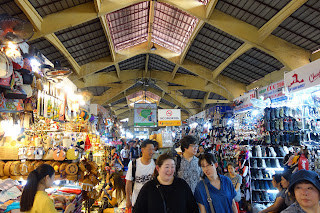 But of course--a bustling central market 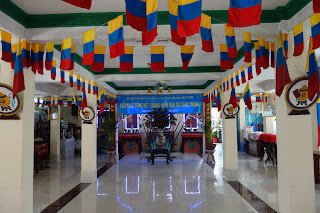 The Cao Dai temple is interesting because the religion is a blend of Buddhism, Confucianism, Taoism, Christianity, and Islam. 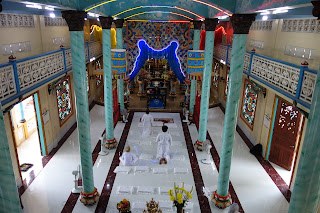 A much larger temple complex may be found in Tay Ninh, and the religion is known for its colorful temples and processions 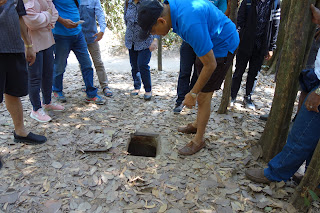 The Cu Chi Tunnels showcase how the Viet Cong used an extensive tunnel network to frustrate the American military. The tunnels capitalized on the small stature of the Vietnamese as shown by the tunnel entrance above. Once a soldier clambered down the ladder, a camouflaged wooden board would be lifted into place to completely conceal the entrance. 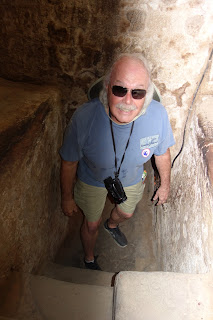 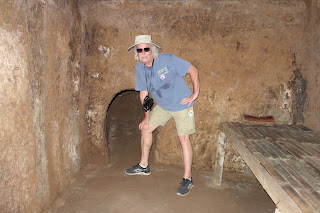 Not ideal for an American standing over 6'2". 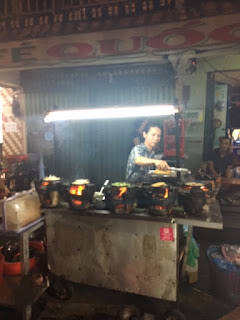 Saigon is known for its street food 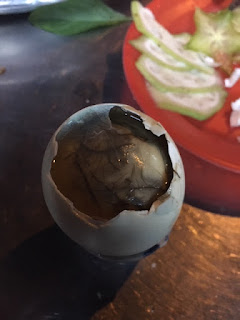 An embryonic duck, which tastes amazingly like a fine liver pate 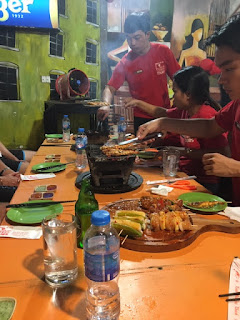 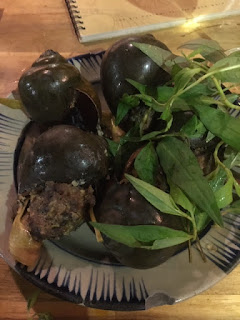