Hoi An is a beautifully preserved and easily walkable town along the central coast. It's popularity makes it extremely tourist friendly, with an abundance of quality restaurants, massage parlors, and shops. English is widely spoken. The town was a center of commerce and home to several foreign communities, including the Japanese and Chinese. Today, evidence of their contributions to Hoi An society are evident in the fascinating bridges, buildings, and cuisine that any traveler will enjoy. 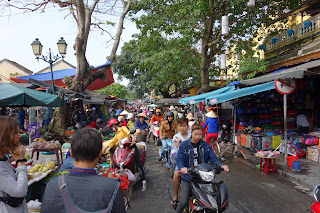 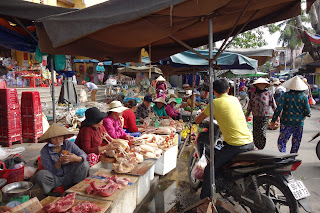 Cho Hoi An market, which sprawls across a wide area from the French-colonial central market to the river, makes for a great stroll. But be wary of the omnipresent bikes and scooters! 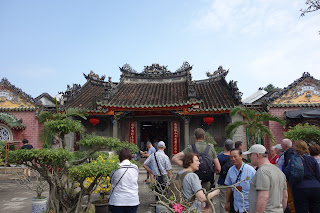 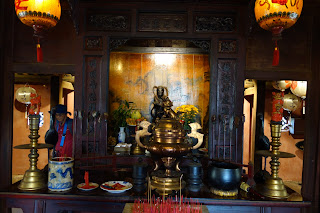 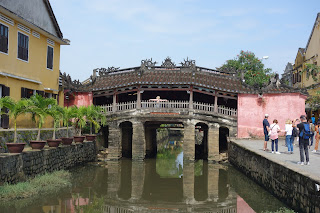 The Japanese Covered Bridge, originally erected in 1593 to connect the Japanese quarter with the Chinese neighborhood on the other side of the river. Japanese merchants were anxious to maximize trade. 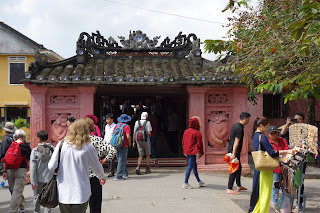 Entrance to the Covered Bridge 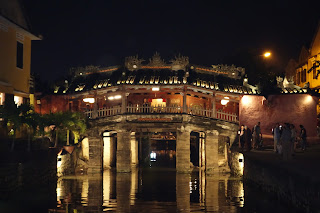 The Japanese Bridge at night 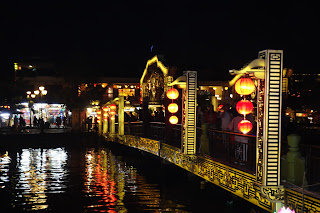 View of bridge near the An Hoi night lantern market 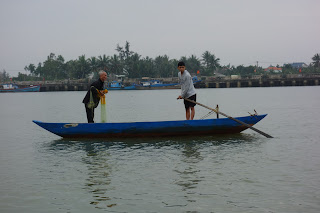 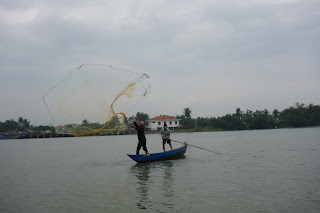 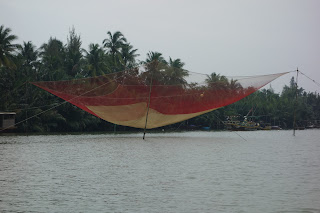 I think we need a bigger net 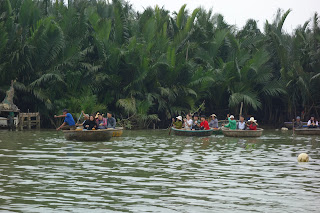 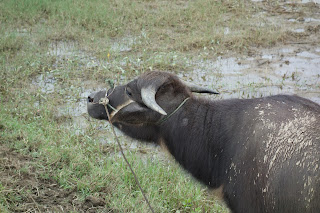 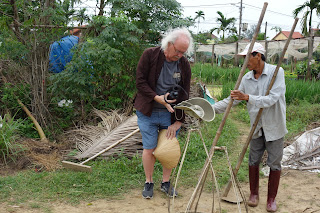 Learning the basics of Vietnamese farming. To reach the farm, I rode a bicycle from Hoi An into the countryside. The scenery was beautiful, but exiting the city--involving several hand gestures by my guide and trusting in the reaction time of automobile drivers--was an experience. 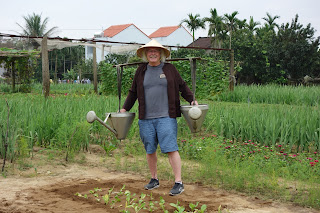 Toting water to my newly-planted crops