Amsterdam, a city of approximately 820,000 people, makes for a terrific visit. A trade center as early as 1300, the city became extraordinarily wealthy during its Golden Age of the 1600s, when it dominated world trade. The beautiful, ornate townhouses erected during that time still exist today and line the cities network of tranquil canals. Occupied by the Nazis for five years--during which the cities once vibrant Jewish community was decimated--the Amsterdam of today is known as a cultural hub and for its liberal views on prostitution and marijuana.

We stayed in the fine Conservatorium Hotel, directly across the street from the Van Gogh Museum and an easy stroll to the Museumplein and the famed Rijksmuseum. 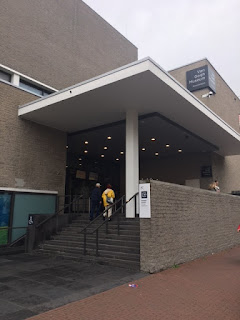 Photographs are prohibited within the Van Gogh Museum, but it houses some of his most famous works and provides detailed information about his life 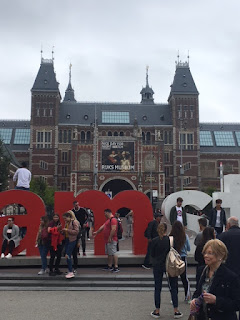 The Rijksmuseum edifice itself is stunning

Hours can pass quickly as you stroll through the many rooms of the Rijksmueum, but the focus is typically on the beautiful paintings by Hals, Vermeer, Steen and, or course, Rembrandt van Rijn. 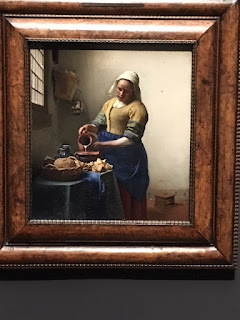 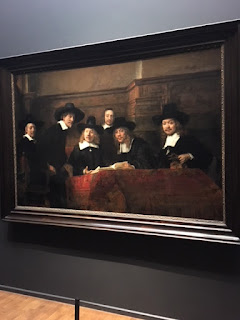 Dutch Masters by Rembrandt. Cigar, anyone? 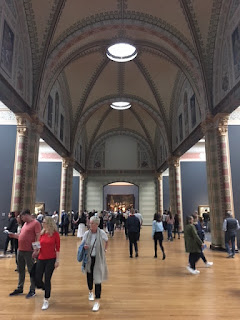 Approach to The Night Watch

A boat ride through the canals is an enchanting way to spend a few hours. 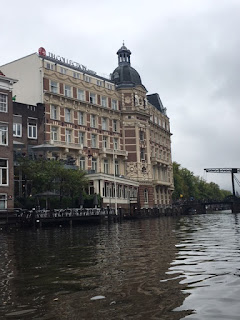 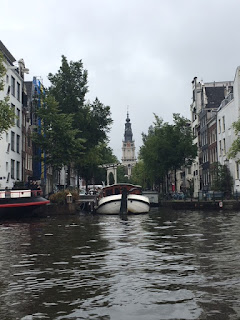 Amsterdam has several street markets. Although touristy, they still have many stands which offer traditional foods. 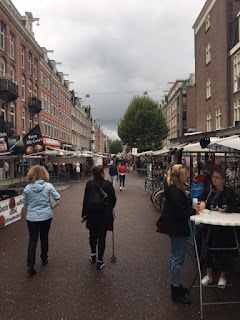 We usually don't name restaurants, but Cielo Bleu was a true culinary experience. A masterful, multi-course menu with impeccable service and a blissful setting. 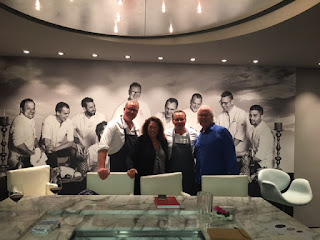 At the other end of the spectrum is the raucous Heineken Brewery tour. The sense of history is muddled by some odd light shows, and a seeming rush by tourists to redeem their beer tickets in the crowded bar. 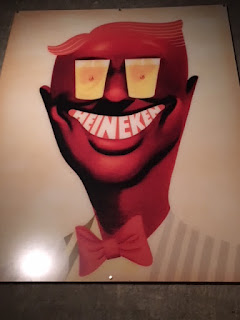 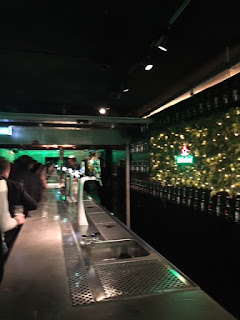 But the bustle of the Heineken Brewery pales in comparison to the milling crowds in the Red Light District. Even a late afternoon visit is frenetic, to say the least. Hoards of tourists descend and the area seems like an odd amalgamation of Bourbon Street, Times Square, and the Las Vegas Strip 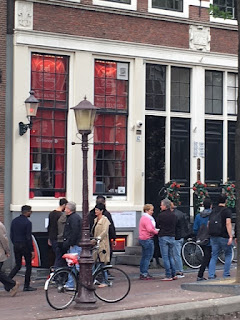 A few of the many, many famed red windows in the district 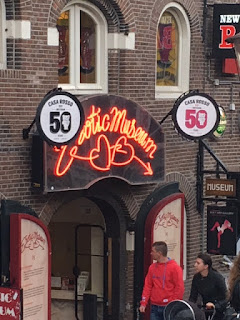 One of many specialty shops

All in all, you won't go wrong by adding Amsterdam to an European itinerary!