For a great escape from the pace of Amsterdam, spend a day touring the countryside. We began our tour with a visit to the popular Zaanse Schans windmills. As is well known, much of the Netherlands is below sea level. To drain the land of water, windmills were erected throughout the countryside. As they were gradually replaced by modern engines and pumps, some windmills were repurposed to grind various items. Most typically, this would be grain varietals, but one of the windmills at Zaanse Schans grinds pigment for paints. 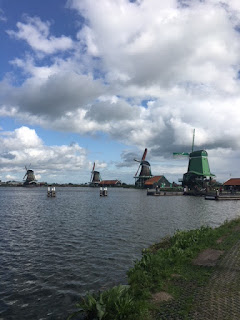 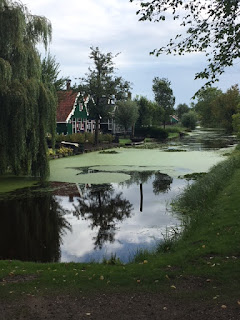 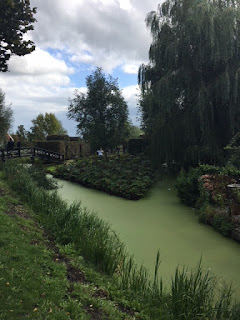 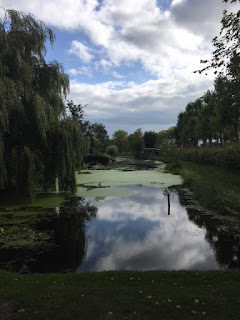 The setting of the windmills is beautiful, and several other attractions, such as a wooden shoe making demonstration, are interesting. We enjoyed mustard soup for lunch, prepared from mustard seeds ground in one of the windmills.

We also visited Edam and other small villages in the region. Cheese rules!! 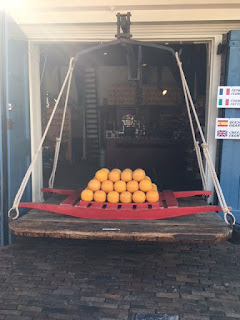 An old scale for weighing cheese 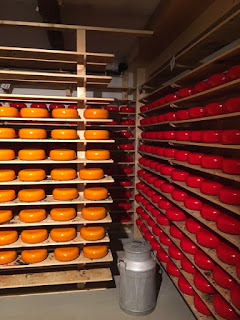 Different colors denote different types of aging cheese
Water links so much of the Netherlands and every small town has a canal. Small locks equalize water levels and it seems that everyone has a boat of some kind. 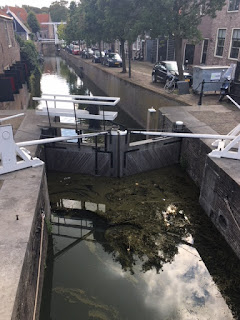 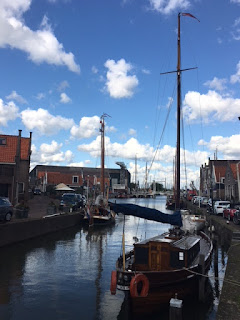 A very interesting and worthwhile day--a fun peek at life outside the hustle and bustle of the capitol!