Valparaiso is a fascinating city of colorfully painted homes, cobblestone streets, and stunning views of the Pacific. The second largest city in the country, after Santiago, it is Chile's major port. 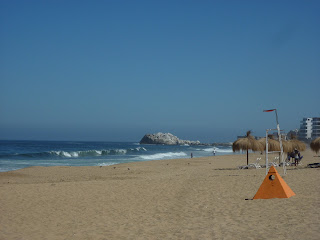 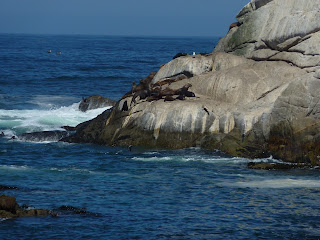 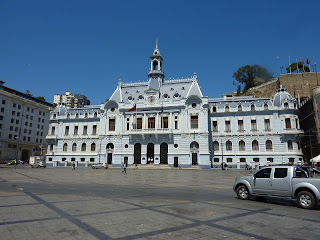 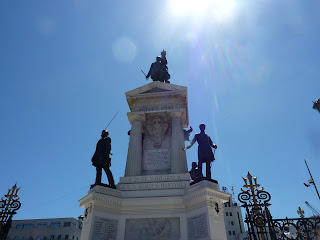 Monument to the soldiers who fell during the Battle of Iquique and Battle of Punta Gruesa during the War of the Pacific, a conflict between Chile, Peru, and Bolivia in 1879. 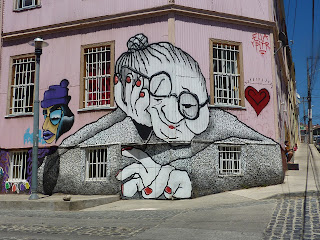 Graffiti is common in Chile and, to combat it, the authorities in Santiago simply asked that the graffiti artists produce quality work. The result is some of the most inventive, colorful, and engaging street art you can imagine. 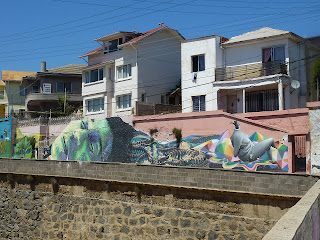 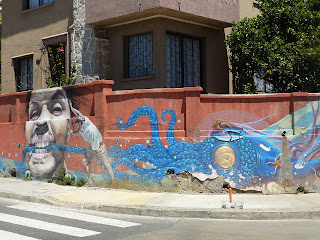 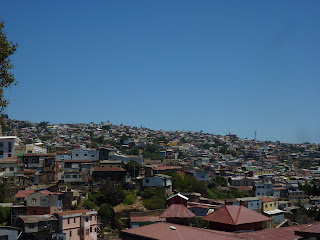 A view over the city, a UNESCO World Heritage Site. Built on dozens of steep hillsides, Valparaiso has a series of unique funicular lifts, although several have now fallen into disrepair. 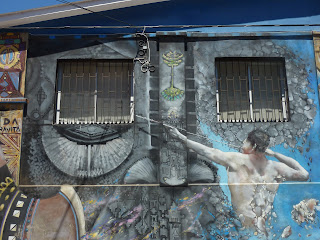 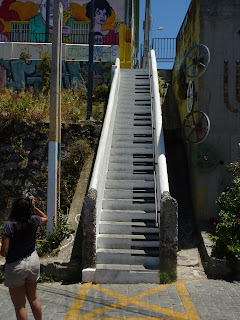 A keyboard staircase was a whimsical end to our tour.

Posted by Top Times Travel at 7:10 AM