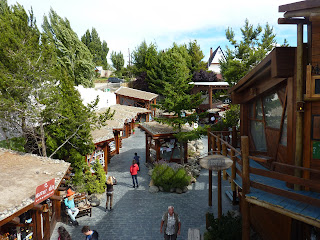 The touristic town of El Calafate, in Patagonia, serves as the gateway to Argentina's glacier region. El Calafate is named for a dark blue, delicious, berry that is common to the region and has an intense, blueberry like flavor. 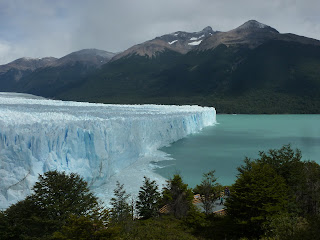 The Perito Moreno glacier is a magnificent wall of ice. When it calved, the sound was reminiscent of an approaching train. 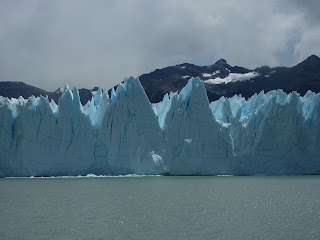 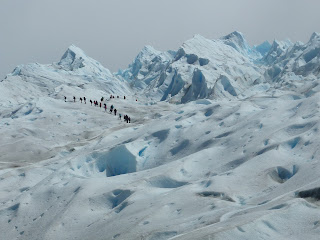 After crampons were fixed to my boot, it was a fine day for ice trekking! An eerie, stark beauty. 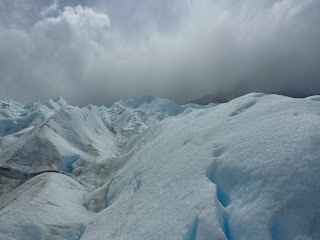 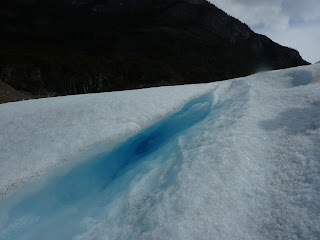 Thick ice often appears blue. Colors of longer wavelength, such as red, are absorbed. Blue, of shorter wavelength, is allowed to pass through the ice. 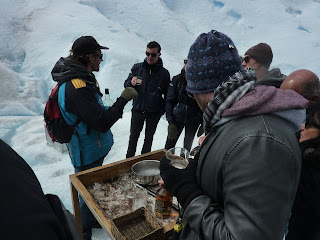 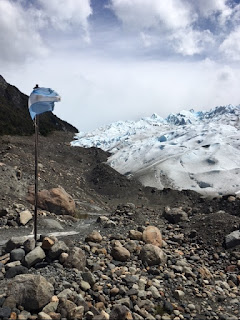 At the end of the hike, we were rewarded with single malt scotch served over 400 year old ice, chipped fresh from the glacier. I like ice trekking! 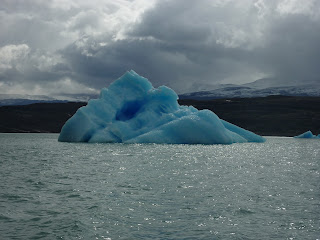 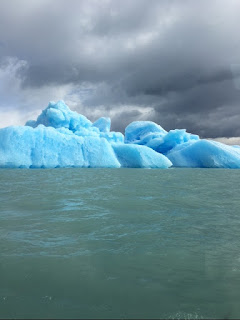 Icebergs floating in a lake on the way to the Estancia Cristina. 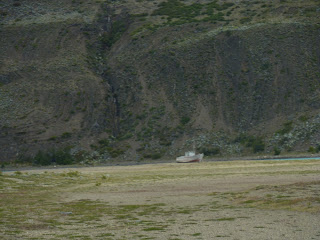 Aged boat ashore at the estancia. The Estancia Cristina, now owned by the Argentinian government, was originally settled in 1914 by a couple from England. They were attracted to Argentina by incentives the government used to induce immigrants to develop remote areas of the country. The ranch was named for their daughter, who passed away during childhood. 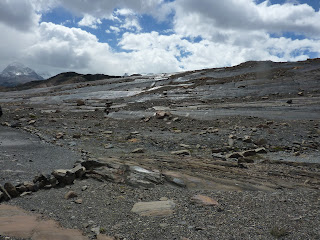 Glacial etchings in the rock on our way to the thirty-one mile wide Upsala glacier, the largest glacier in South America. 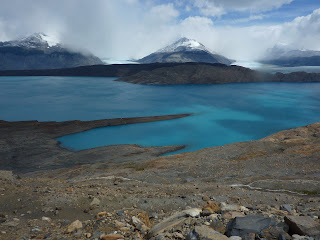 The winds are so powerful in this region that the excursion to view the glacier must sometimes be cancelled, and is never available during the winter. A vast, empty, and hauntingly beautiful region.