The Japanese have a saying to this effect: "Everyone should climb Mt. Fuji once; only a fool would climb it twice."

While I expect that an experienced mountaineer would not find Mt. Fuji particularly difficult, it presents plenty of challenges for the average Joe or Jane. The trail itself, a series of switchbacks that become progressively steeper, is rugged. Smooth volcanic ash quickly gives way to an ankle-threatening path of uneven rock. 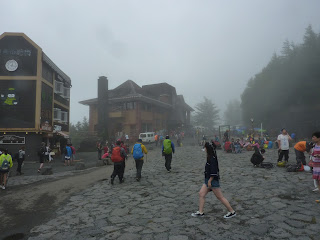 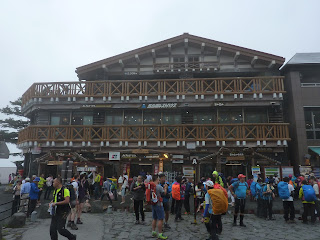 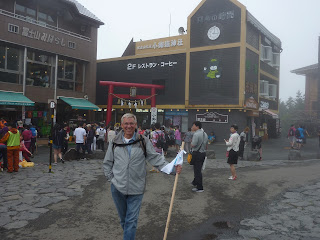 My hiking companion, after purchasing a walking stick, a traditional souvenir

Weather is also a factor. Climbers are encouraged to stop at the 7th or 8th stations for a meal and some rest, then to continue around midnight with the goal of reaching the summit in time to catch the sunrise. That sounds good, until one is searching for a foothold on slick rocks in the dark. 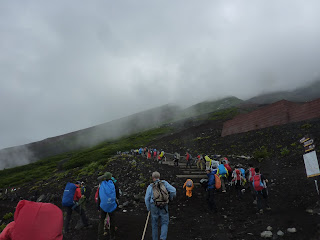 The trek is extremely popular during the summer months 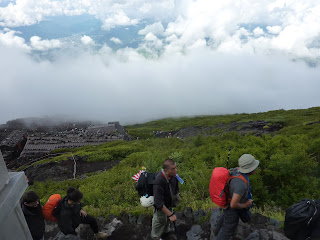 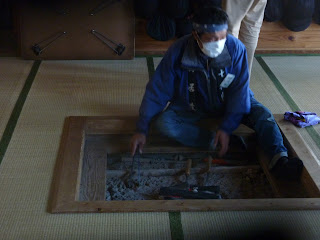 Stations along the way will brand walking sticks

The change in altitude should not be underestimated. Resting at one of the stations on the way up helps climbers acclimate, but the thinning oxygen is clearly noticeable. And, as the altitude increases, the temperature drops. It was 75 degrees Fahrenheit when we began the climb, and 35 degrees at the summit. 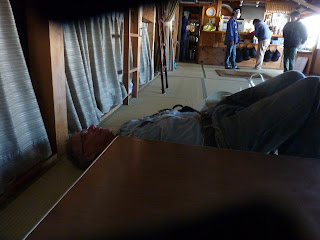 Our abode for a couple of hours sleep and a meal. Luxury accommodations! 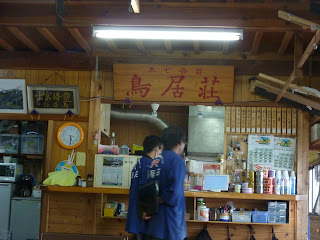 A few tips. First, make sure that you have appropriate gear. Footwear, obviously, but you'll also want to bring warm gear for the higher elevations and waterproof outerwear. A hat and sunblock, because you will be exposed for most of the climb. A headlamp is essential for the night climb. And water, water, water. Staying hydrated is critical. The stations along the way will sell water, oxygen, and basic supplies, but bear in mind that nothing is cheap on this mountainside monopoly, so bring sufficient cash. 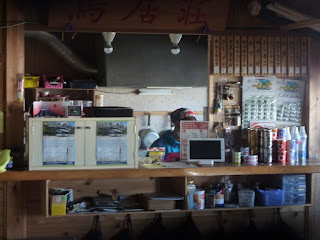 Was the climb ultimately worth it? The pictures below speak for themselves. That said, once was clearly enough!! 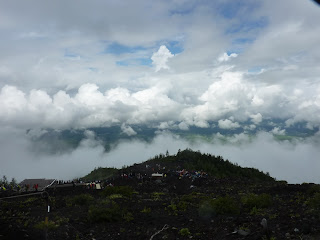 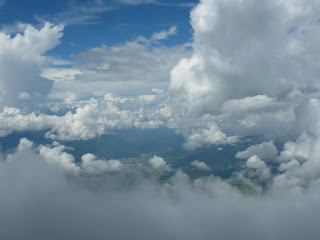 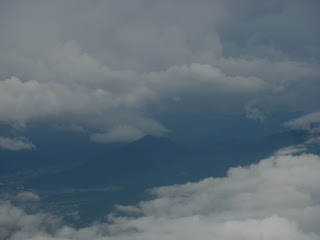 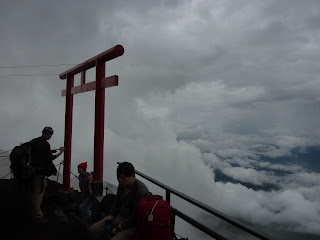 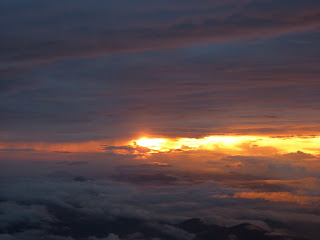 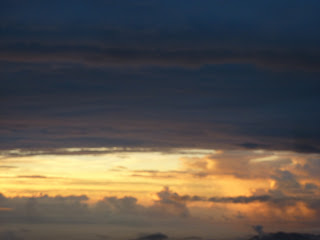 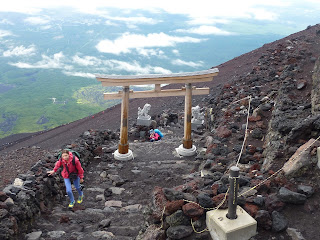 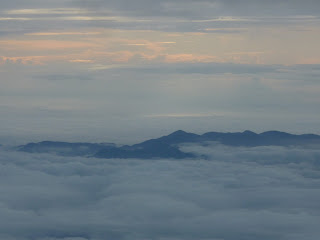 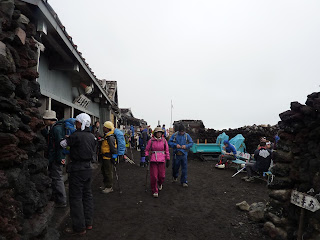