The Asakusa neighborhood, northeast of central Tokyo, is home to the largest Buddhist Temple in the city. As is typical throughout Japan, Shinto Shrines are often located near the Temples as most Japanese practice both religions. 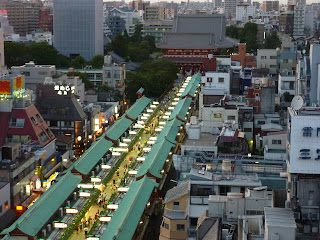 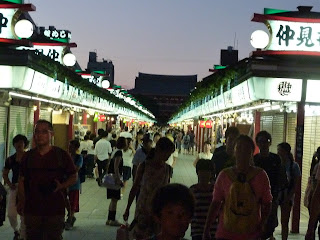 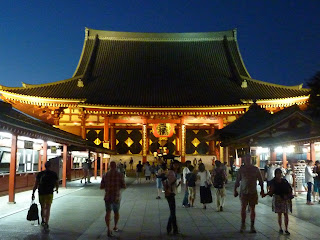 Near the shrine is the popular Hoppy Street. The name 'Hoppy' is derived from a nonalcoholic beverage that was developed after WWII as a mix to dilute and give some flavor to the lousy alcohol that was available during that era. I tried some mixed with shochu, the distilled Japanese liquor, and the combination tasted just bad enough that I quickly switched to beer. 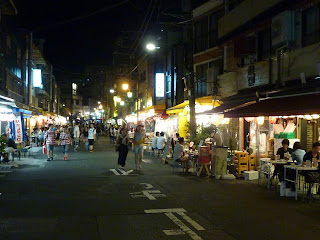 I capped off my stay in Tokyo with a visit to the Robot Restaurant show in the raucous Kabuchinko entertainment district. 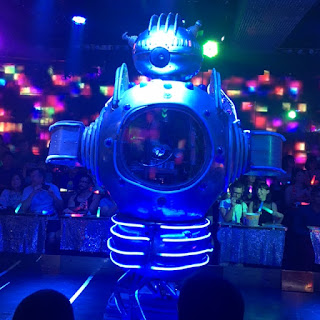 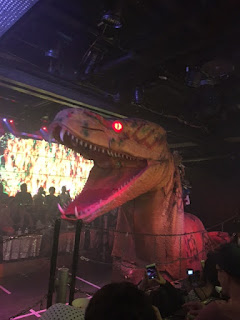 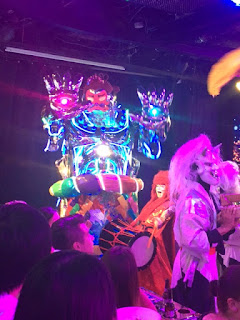 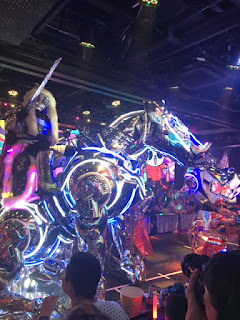 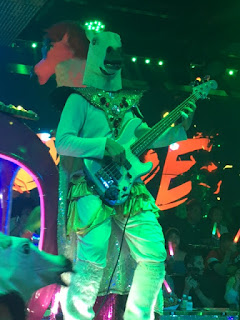 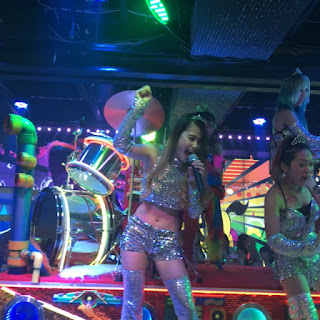 Last stop was the sushi bar at the Ritz Carlton, for exceptional fish, terrific sake, and spectacular views of Tokyo at night.
Posted by Top Times Travel at 9:05 AM