Front and center in Reims is the spectacular 800-year-old Gothic Cathedral, where 26 French kings have been coronated. Unfortunately, the famed Rose Window is being restored and our view was mostly obstructed by scaffolding, but the 500-foot-long nave does not disappoint. The stained glass windows, some of which were replaced after more than 300 bombs pummeled the Cathedral during WWI, are beautiful. 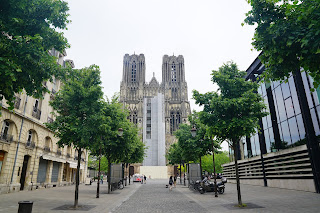 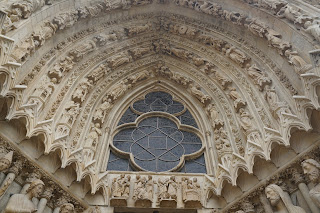 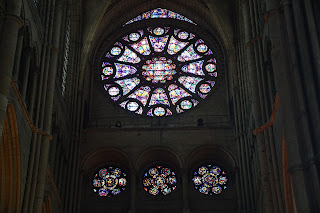 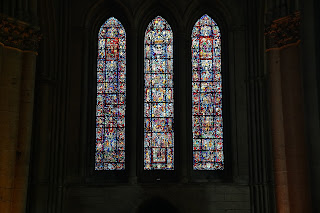 It was common for the roofs of gothic churches to be covered in lead and, when the lead melted during the bombardment, it flowed through the mouths of gargoyles that were meant to serve as rainspouts. Spared any shelling during WWII, the Cathedral now stands as a symbol of reconciliation between France and Germany. 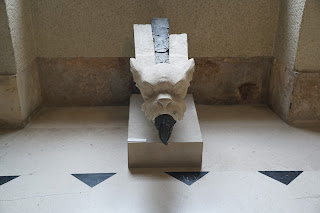 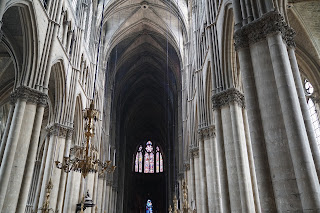 We stayed at the Les Crayeres, a beautiful chateau nestled on 8 1/2 hectares just outside of the city. Once a private residence, the chateau houses a two-starred Michelin restaurant. After enjoying champagne on the patio, we moved on to a memorable meal in an elegant setting. Viva la France! 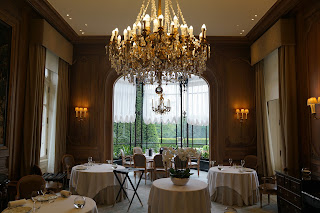 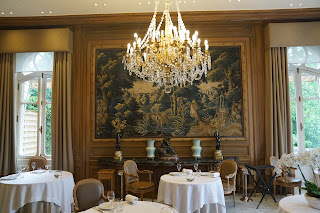 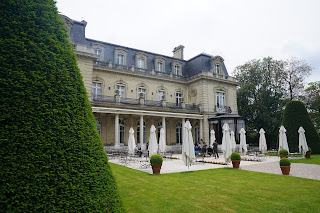