Within the stout walls surrounding Avignon are several popular attractions, but none more so that the Palace of the Popes. When a French pope was elected in 1309, he determined to escape Italian intrigue and relocate to France where he would enjoy the protection of a supportive French king. The Catholic Church bought the then-village of Avignon and popes presided there until 1403. During that period, Italians insisted on a Roman pope, so the Papal Schism commenced in 1378, with twin popes based in Italy and France, and continued until 1417. 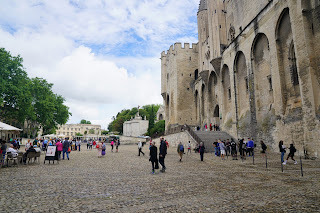 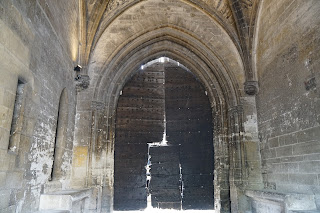 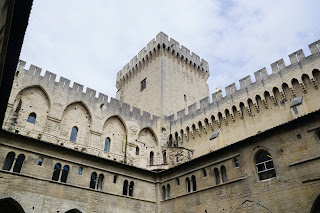 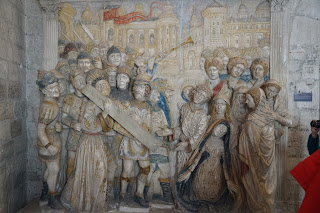 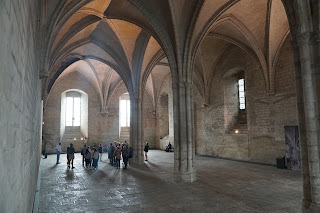 Today, the hulking palace complex conveys a sense of the enormity of the Church's presence in Avignon. There are sprawling ceremonial rooms, but more interesting are the living quarters where vestiges of colorful tiles and wall paintings remain. The original furnishings are long gone, either taken by the pope when he relocated to Rome or destroyed during the French Revolution. All in all, the complex conveys a wonderful sense of history during a fascinating time.