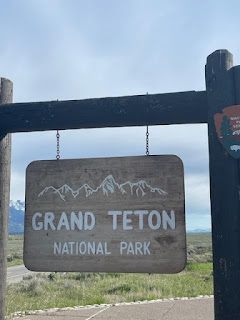 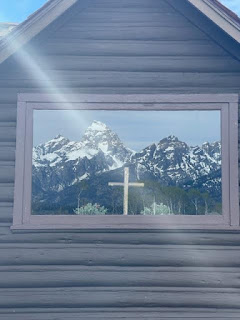 The beautiful Chapel of the Transfiguration, an Episcopal Church built in 1925 and still in use today. The church was prominent in the movie Spencer's Mountain, filmed in 1963 and starring Henry Fonda and Maureen O'Hara. 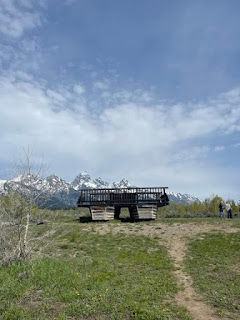 An old river boat, used by an early settler/entrepreneur. Together with his brother, they operated a ferry across the Snake River. 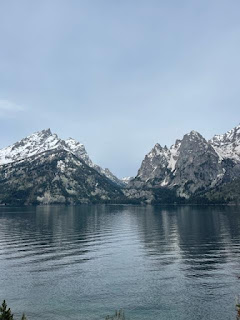 The beautiful Jenny Lake, named for a Shoshone woman who married an early, prominent English trapper. 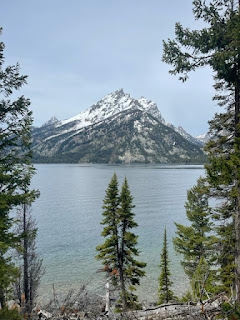 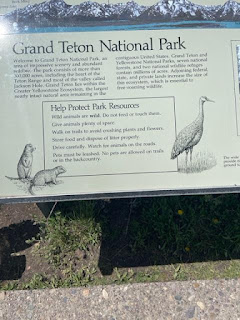 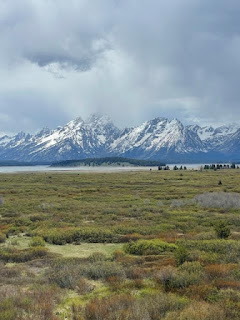 View from the Jackson Lake Lodge, with the famed Mural Room. The two huge Rendezvous Murals, painted by American artist Carl Roters, depict an annual gathering of fur traders and trappers that occurred during the days of the early west. 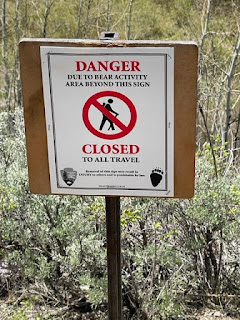 The bear population is on the upswing, and these signs are not to be ignored!