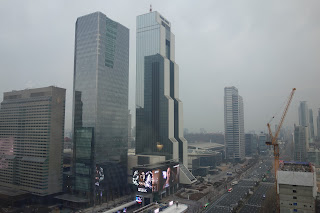 Seoul is a bustling urban area with a vibrant energy that is reminiscent of Tokyo. It is the fourth largest metropolitan economy in the world and is a fascinating blend of ancient traditions and modern amenities. 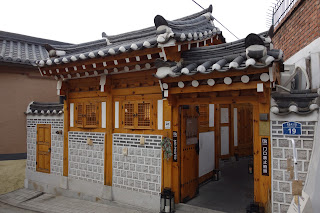 Entrance to a home in a traditional neighborhood
The Gyeongbokgung, the main royal palace of the Joseon dynasty, makes for a captivating visit. The sheer size and scope of the complex is amazing, and the changing of the guard ceremony is colorful and impressive. 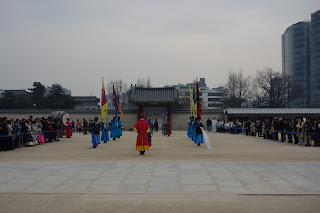 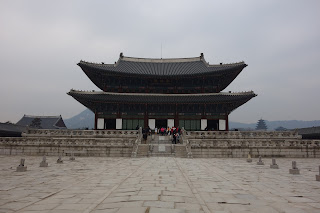 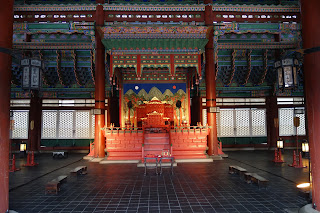 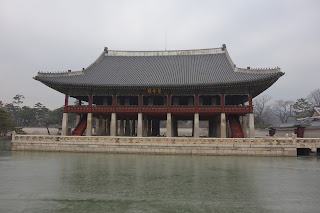 It is very common for Koreans to rent traditional clothing and wear it while visiting the palace. 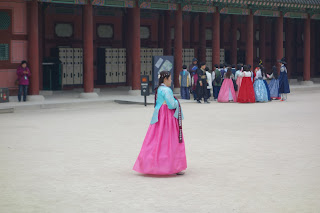 Korea has a unique written language, usually credited to the revered King Sejong the Great who developed it in the 15th century. It is apparently one of the easiest written languages to comprehend, as there is a direct relationship between the shape of the letter and the shape the mouth makes when pronouncing it. 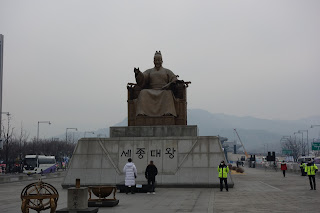 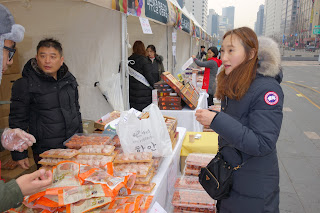 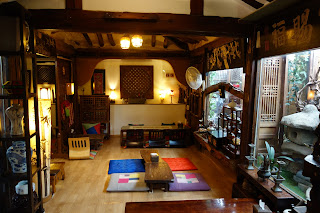 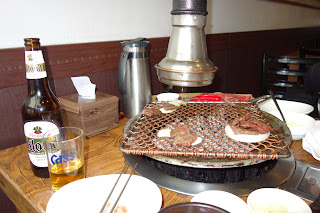 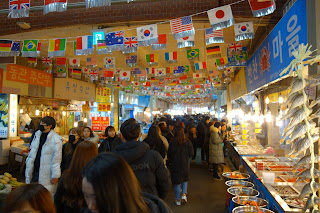 The central market in Seoul sells EVERYTHING! Quite an experience. 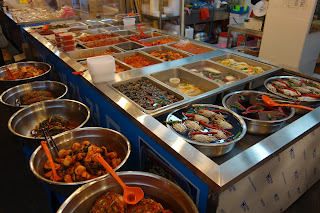 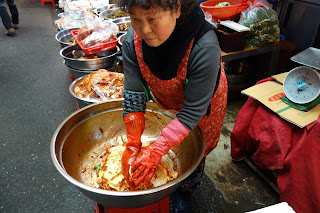 Making one of the several varieties of Kim Chee
Seoul was a terrific, if hectic, one day visit. My thanks to guide Pam K. of Tours by Locals for a great tour!
Posted by Michael J. Jordan at 10:02 AM