Hanoi has a frenetic pace that never seems to diminish. From the roar of countless scooters racing along narrow streets, to the din of row after row of street food vendors, to the warren of shops and restaurants seemingly tossed together at whim, it is a fun, exciting city. With a population approaching 8 million, it is also Vietnam's second largest.

I stayed at the venerable colonial era Sofitel Legend Metropole in the French Quarter, a stately property with a beautiful courtyard and pool. 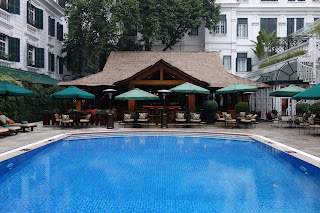 We visited the euphemistically-named Hanoi, Hilton, the infamous prison which housed American POWs during the Vietnam War, including Senator John McCain. Before that conflict, the prison was used by French authorities to imprison Vietnamese political prisoners. Conditions were barbaric. 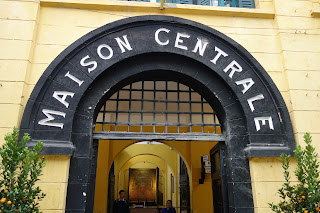 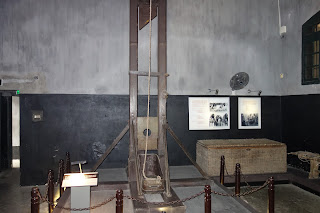 Far more uplifting was a visit to the 900-year-old Temple of Literature, mobbed by students. It is a tradition for them to rub ancient stone turtles for luck. 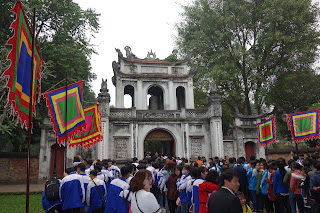 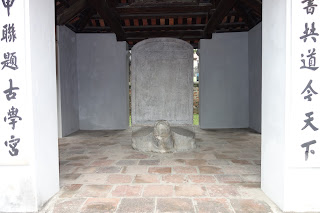 The one-pillar pagoda was, according to legend, erected by Emperor Ly Thai Tong in appreciation to the peasant woman whom he married and who bore him a child. The French destroyed the original in 1954 as they were evacuating Vietnam. The current single pillar is made of concrete and rises from a pond. The tiny pagoda atop the pillar is accessible by a flight of stairs. 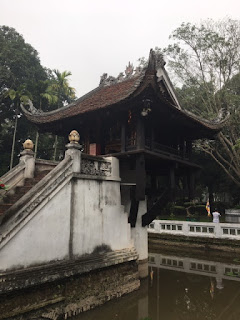 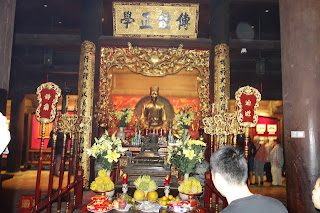 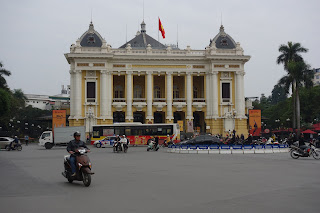 Although it is not possible to visit, the Presidential Palace is another beautiful reminder of the French Colonial era 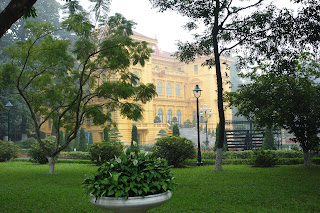 Nearby is the residence used by Ho Chi Minh from 1954 until his passing in 1969. It is said that he would daily feed the carp in the nearby pond and summon them by clapping his hands. The house itself, on stilts, is quite simple. 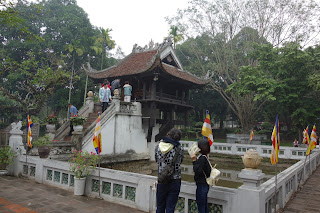 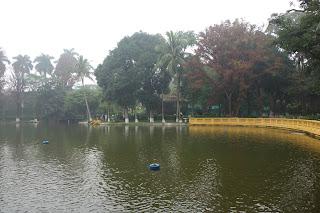 We visited the Ho Chi Minh Mausoleum, where he lies displayed in state. Security is extremely tight, and no photographs are allowed inside. 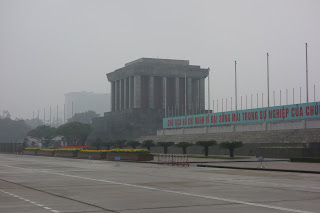 The Vietnamese people of today are very tourist friendly, and I sensed no animosity toward Americans. Indeed, 75% of the Vietnamese population were born after the Vietnam war. They are very proud of the fact that they succeeded against all who at one time occupied their country: the Chinese, the Japanese, the French and the Americans, and successfully united North and South. But one guide explained that they now view what happened in a historical context and look toward to the future.

No visit to Hanoi would be complete without a street food tour. I opted for a night walking tour through the Old Quarter and followed my guide through hidden passageways to sample as much food as I could possibly consume: papaya with dried beef salad, grilled pork with rice noodles, spring rolls, the ubiquitous Vietnamese sandwich Banh mi, etc. Oh, and freshly brewed beer. As the evening ended, we enjoyed an egg coffee. The story goes that milk was in short supply in the early 1900's, so a chef at the Metropole Hanoi substituted whisked egg yolk. Delicious! The Vietnamese traditionally share their food, so fast-food hamburger chains have not been very successful. Fried chicken chains, such as Kentucky Fried Chicken, are popular. 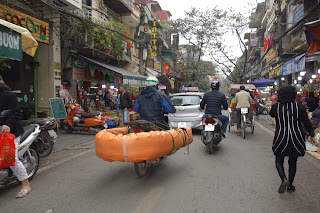 Scooters and bicycles transport everything! 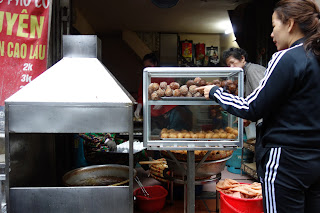 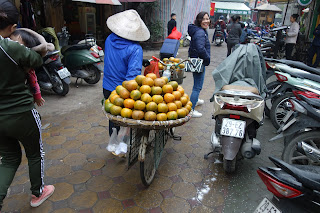 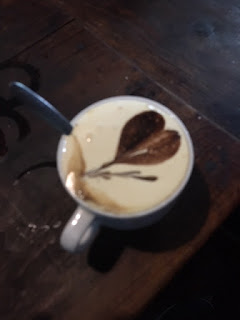 Egg Coffee
A few photos in Old Town at night 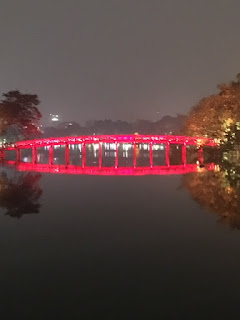 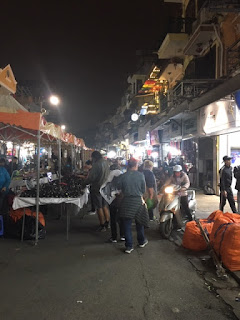 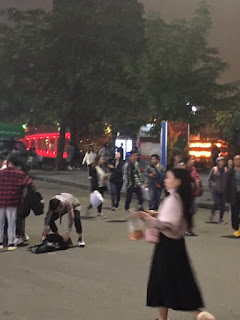