So much has been written about Stonehenge that I'll only say this: see it.  I wasn't keen on the visit, as the complex has been fenced off from the public for years now (except for the Summer and Winter solstices) and I wasn't sure it would be worthwhile to view it from afar.  I was wrong.  From the path that winds around the array of monolithic stones, a visitor absorbs a clear view from every angle substantially unimpeded by other tourists.  Although I've read about Stonehenge for years, nothing prepares you for the sheer size of the complex and deepens the mystery of who built it, and how.


Scientists have determined that Stonehenge, and the hundreds of nearby burial mounds, were most likely built between 3,000 BC and 2000 BC.  Many of the stones are 'bluestones', carved from a mountain in distant Wales, and are curiously warm to the touch.  A visitors' display allows you to touch a bluestone as well as a stone indigenous to the Stonehenge area and the difference in surface temperature is striking.  How the bluestones were transported to Stonehenge is the subject of much debate.  What is known is that the stones are arranged so that the sun will mark the Summer and Winter solstices, and also the months of the year.  It is the 'why' of it that has been lost to the passage of time.

Windsor Castle, the largest inhabited castle in the world, has been fully restored from a devastating 1992 fire and helps one understand why "it is good to be King."  The breathtaking State Rooms, with an art museum quality collection of paintings and sculptures, seem to stretch forever through endless corridors.  The Gothic St. George's Chapel is striking, with particularly beautiful carved wooden choir stalls.  The remains of Henry VIII rest in a vault here, with those of Jane Seymour, his third wife and the only one to receive a queen's funeral. 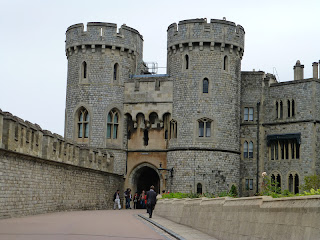 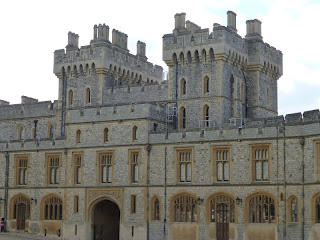 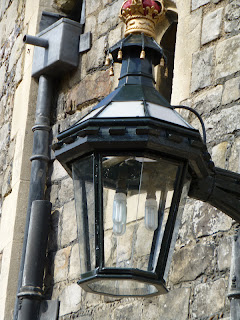 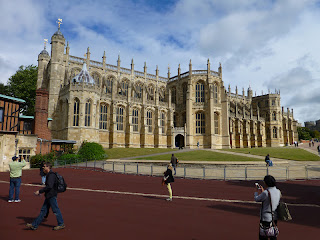 
Salisbury Cathedral is notable for several reasons.  The world's oldest working clock, a complex arrangement of levers and cables, is on display, as is one of four existing copies of the Magna Carta.  Perhaps the most striking visual attraction, however, is the Anglican cathedral itself because its spire is the tallest in the U.K.  The immense tower has been saved from collapsing only by the addition of flying buttresses and other structural modifications, although the corner support columns can still be seen to buckle beneath the tower's immense weight.


These three attractions can be taken in during one day trip from London and present interesting and varied aspects of British history.  We concluded the evening with cocktails at the Artesian Bar in the notable Longham Hotel where, beneath a crystal chandelier, I sipped a perfect gin martini made with my choice of vermouth.  I went with the Parisian version of a blend of pomegranate, anise, and lavender.  Oh, and I lied.  That was not the conclusion of the evening.  We enjoyed nightcaps at the Purple Bar in the Sanderson Hotel, reflecting on the events of the day with a clarity induced only by the simple pleasure of an aged single malt scotch.